Fentanyl Suspect Re-Arrested. This Time, He Won't Bail Out. 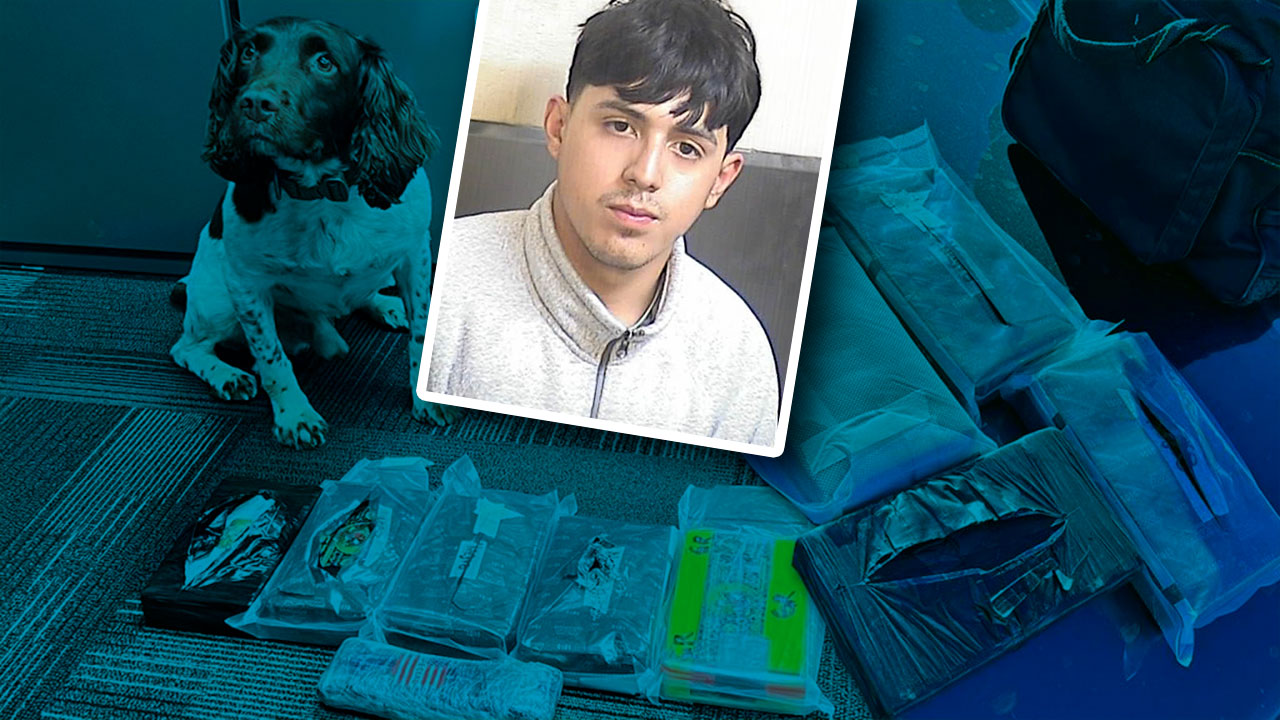 Pedro Miranda-Muro was re-arrested, a week after being released on "zero-dollar" bail. (GV Wire Composite/Paul Marshall)
Share with friends

A Los Angeles man arrested and released last week for fentanyl possession in Fresno County is back in custody. This time, he faces no bail.

Fresno County Sheriff’s detectives initially arrested Pedro Miranda-Muro, 23, on Jan. 3 near Cantua Creek. He was charged with possession of 12.5 pounds of fentanyl and heroin. He spent approximately 16 hours in jail, after being released on “zero-dollar bail,” a pandemic-era program instituted by the Fresno County Superior Court to ease jail overcrowding.

On Tuesday, the sheriff’s office, along with Huron police and the federal Drug Enforcement Agency re-arrested Miranda-Muro in Huron. Now, Miranda-Muro faces a federal drug charge — possession with intent to distribute.  The maximum penalty is 20 years in prison and a fine of up to $100,000.

“Due to having a federal warrant out for his arrest, he has been placed on a federal hold and is not eligible for bail,” the sheriff’s office said in a news release.

Miranda-Muro is expected to appear in a Fresno federal court soon, although there is no date listed on the court’s website. No attorney for Miranda-Muro is listed.

When Miranda-Muro was released after his initial arrest, the sheriff’s office and Fresno Police Chief Paco Balderrama complained publicly about him being kicked loose without posting bail.

The following day, the court announced the policy was rescinded by a majority decision of judges. The move was met with praise from the law enforcement community.

It is unclear when the Fresno County Superior Court decision was actually made. At the time, multiple law enforcement agencies expressed confusion to GV Wire about the timeline of the decision and when it went into effect.

GV Wire has a pending request for information from the court. Unlike most government agencies, the Fresno County Superior Court only accepts requests for administrative records through postal mail. Specific open record laws that apply to state and local governments that allow for email requests do not automatically apply to the court system.

The detectives were stationed along Interstate 5 near Highway 33 in a marked vehicle. They observed an Acura speeding, tailgating, and swerving. They pulled over the vehicle to conduct a traffic enforcement stop.

“As the driver handed Deputy (Cody) Wells his California driver’s license, he noticed that his hands were shaking,” the affidavit stated. When asked if there were illegal drugs in the vehicle, Miranda-Muro replied “no” and consented to a search of the vehicle.

“Deputy Wells said ‘Willow’ gave a final response to the odor of narcotics in the vehicle,” the affidavit said. “Wells noticed a cellophane-wrapped package in the door pocket which based on his training and experience, he believed to be narcotics.”

Muro-Miranda was arrested. An inspection of the trunk found more packages of suspected drugs, wrapped in a way to “mask the odor of narcotics.”

Shortly after the pandemic shut the world down in March 2020, the state court system instituted an emergency bail procedure in which suspects could bail out of jail with zero payment. There were exceptions for the most violent of crimes.

The state ended its policy by June 2020 but allowed each county court system to keep, eliminate, or modify the bail orders.

After repeated requests from GV Wire, the court sent out a statement that the bail order was rescinded on Jan. 4, but did not provide a reason for the decision.

Air Travel Across US Thrown Into Chaos After Computer Outage