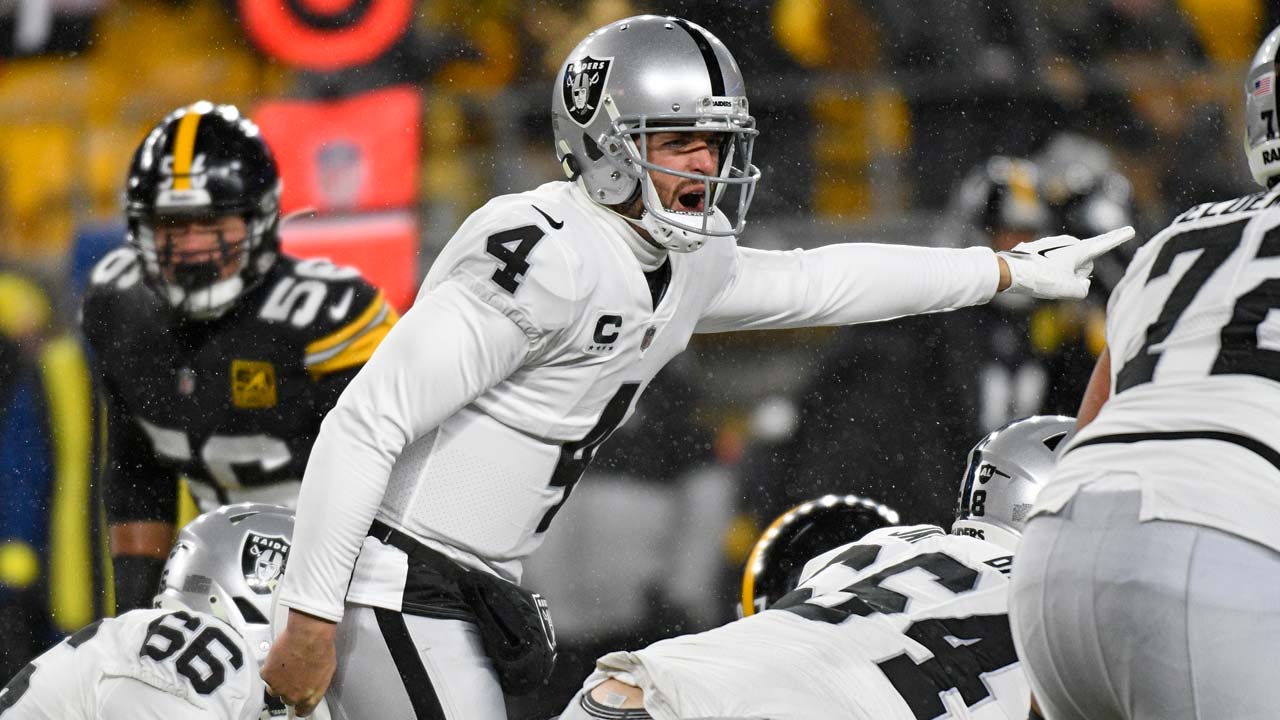 If quarterback Derek Carr wants to return to the Las Vegas Raiders next season, as he has said, he hasn’t done much the past month to help his case.

He hasn’t completed more than 55% of his passes in any of his past four games, and he’s thrown more interceptions (seven) than touchdown passes (six) over that span.

Related Story: What Are Derek Carr’s Potential Landing Spots for 2023?

The Raiders are 2-2 in those games, with last-minute losses at the Los Angeles Rams and at Pittsburgh that have knocked them out of serious playoff contention. Las Vegas is behind four other bubble teams for the postseason with two weeks remaining.

“For us to be able to win at this time of the year and be productive, offensively you have to throw the ball better than what we’ve thrown at times here in the last month and a half,” Raiders coach Josh McDaniels said. “We’ve been able to win some in spite of that, overall, but clearly that’s not the goal. The goal would be to be more productive than what we’ve been.”

On Wednesday, McDaniels said Carr will sit out the team’s two remaining games. Jarrett Stidham will start at quarterback in his place.

But the reasons go beyond Carr’s on-field play.

Carr signed a three-year extension in April in which he would be guaranteed $33 million for 2023 unless the Raiders move on before Feb. 15. If they do, his salary cap hit would be $5.6 million.

A serious injury over the final two games would mean Carr receives the $33 million, so there is an incentive to prevent him from getting hurt.

Now, the question turns to Carr’s long term prospects with the team.

He has been at least an above-average quarterback over his nine years, and he willed the Raiders into the postseason last year with a late run. But that also was just the franchise’s second playoff appearance with Carr behind center.

While management could take a look at the free-agent market, there appear to be few if any options better than Carr. This projects as one of the better drafts for quarterbacks, but history has shown even those taken high often don’t succeed.

The Raiders host the San Francisco 49ers on Sunday.

What Are Derek Carr’s Potential Landing Spots for 2023?