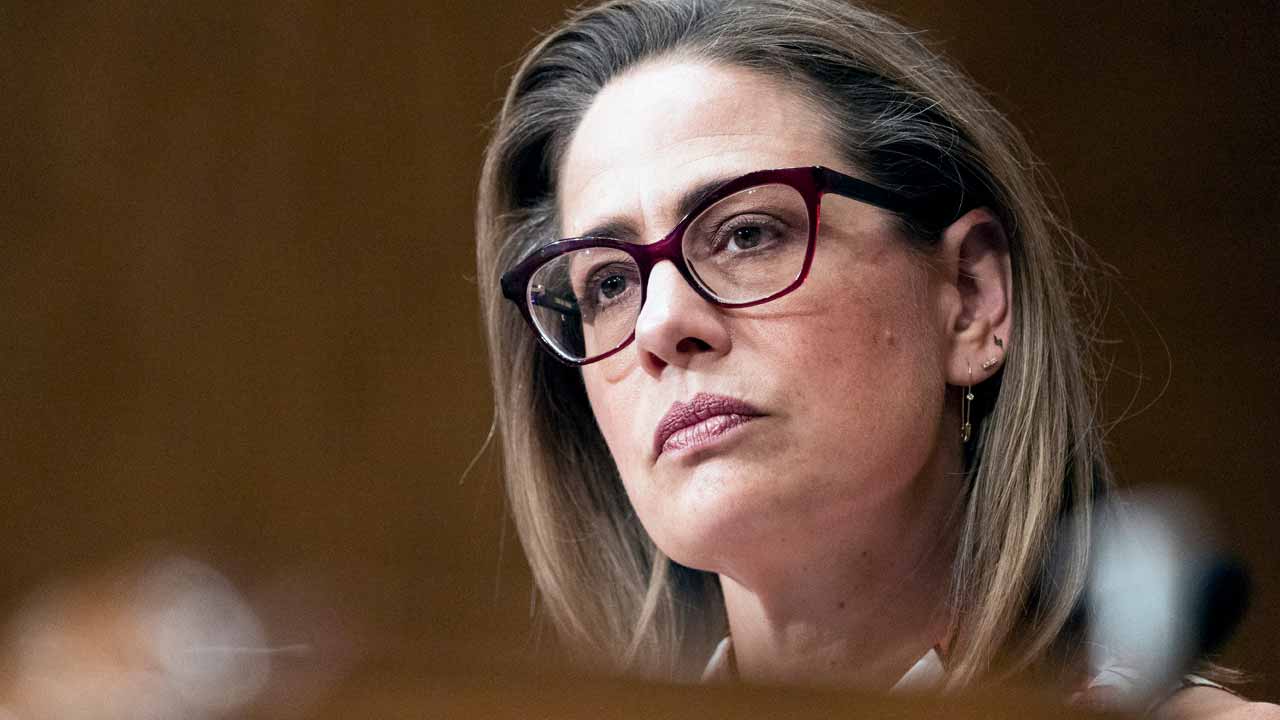 Democratic Sen. Kyrsten Sinema of Arizona announced Friday she has registered as an independent, a renegade move that could bolster her political brand but won’t upend the Democrats’ narrow Senate majority. She says she will not caucus with Republicans.

Sinema, who faces reelection in 2024, has modeled her political approach on the maverick style of the late Republican Sen. John McCain of Arizona. A vibrant yet often unpredictable force in the Senate, she tends toward the state’s independent streak, frustrating Democratic colleagues at times with her overtures to Republicans and opposition to Democratic priorities.

Rather than assailing the Democratic Party in her statement Friday, she said she was “declaring my independence from the broken partisan system in Washington.”

While unusual for a sitting senator to switch party affiliation, Sinema’s decision may well have more impact on her own political livelihood than the operations of the Senate. She plans to continue her committee positions through the Democrats. Her move comes just days after Democrats had expanded their majority to 51-49 for the new year, following the party’s runoff election win in Georgia.

In case of tie votes, Vice President Kamala Harris will continue to provide the winning vote for Democrats.

Sinema will join a small but influential group of independent senators aligned with the Democrats — Sen. Angus King of Maine and Sen. Bernie Sanders of Vermont.

In a video explaining her decision, she said: “Registering as an independent and showing up to work with the title of independent is a reflection of who I’ve always been. … Nothing’s going to change for me.’’

At the White House, press secretary Karine Jean-Pierre praised Sinema as a “key partner” in passing some of President Joe Biden’s priorities and said the switch “does not change the new Democratic majority control of the Senate. … We have every reason to expect that we will continue to work successfully with her.”

Sinema has not said whether she will seek reelection in 2024, but her move scrambles the landscape as Democrats already face a tough path to maintaining Senate control. Her switch risks splitting the Democratic vote in Arizona between Sinema and the eventual Democratic nominee, giving Republicans a solid opening.

A splintered ballot could help Republican recruiting efforts as they seek to perform better than their losses in the recent midterm elections. A weak GOP field contributed to Democratic Sen. Mark Kelly’s reelection in Arizona last month.

A political action committee, Primary Sinema, that is raising money to support a potential challenger, said the money it has already raised will now be used to back “a real Democrat” in 2024.

Abandoning the Democratic Party is a striking evolution for a politician who began her career as a Green Party member and antiwar activist known as a “Prada socialist.” The shift has been particularly vexing for progressive activists who once counted her as one of their own and now see her as one of their chief antagonists.

The first-term Sinema wrote in The Arizona Republic that she came into office pledging “to be independent and work with anyone to achieve lasting results. I committed I would not demonize people I disagreed with, engage in name-calling, or get distracted by political drama. I promised I would never bend to party pressure.”

She wrote that her approach is “has upset partisans in both parties” but “has delivered lasting results for Arizona.” Sinema also said that she has “never fit perfectly in either national party.”

She told Politico in an interview that she will not caucus with Republicans and that she plans to keep voting as she has since winning election to the Senate in 2018 after three House terms.

Ahead of the 2024 elections, Sinema is likely to be matched against a well-funded primary challenger after angering much of the Democratic base by blocking or watering down progressive priorities such as a minimum wage increase and Biden’s big social spending initiatives.

Sinema’s most prominent potential primary challenger is Rep. Ruben Gallego, who has a long history of feuding with her.

The senator wrote that she was joining “the growing numbers of Arizonans who reject party politics by declaring my independence from the broken partisan system in Washington.”

Sinema bemoaned “the national parties’ rigid partisanship” and said “pressures in both parties pull leaders to the edges — allowing the loudest, most extreme voices to determine their respective parties’ priorities, and expecting the rest of us to fall in line.”

“In catering to the fringes, neither party has demonstrated much tolerance for diversity of thought. Bipartisan compromise is seen as a rarely acceptable last resort, rather than the best way to achieve lasting progress,” she wrote.

She added: “My approach is rare in Washington, and has upset partisans in both parties.”

Along with West Virginia’s Joe Manchin, she has been one of two moderate Democrats in the 50-50 Senate, and her willingness to buck the rest of her party has at times limited the ambitions of Biden and Senate Majority Leader Chuck Schumer, D-N.Y.

Sinema is a staunch defender of the filibuster, a Senate rule effectively requiring 60 votes to pass most legislation in the 100-member Senate. Many Democrats, including Biden, say the filibuster leads to gridlock by giving a minority of lawmakers the ability to veto.

Last January, leaders of the Arizona Democratic Party voted to censure Sinema, citing “her failure to do whatever it takes to ensure the health of our democracy″ — namely her refusal to go along with fellow Democrats to alter the Senate rule so they could overcome Republican opposition to a voting rights bill.

While that rebuke was symbolic, it came only a few years since Sinema was heralded for bringing the Arizona Senate seat back into the Democratic fold for the first time in a generation. The move also previewed the persistent opposition that Sinema was likely face within her own party in 2024.