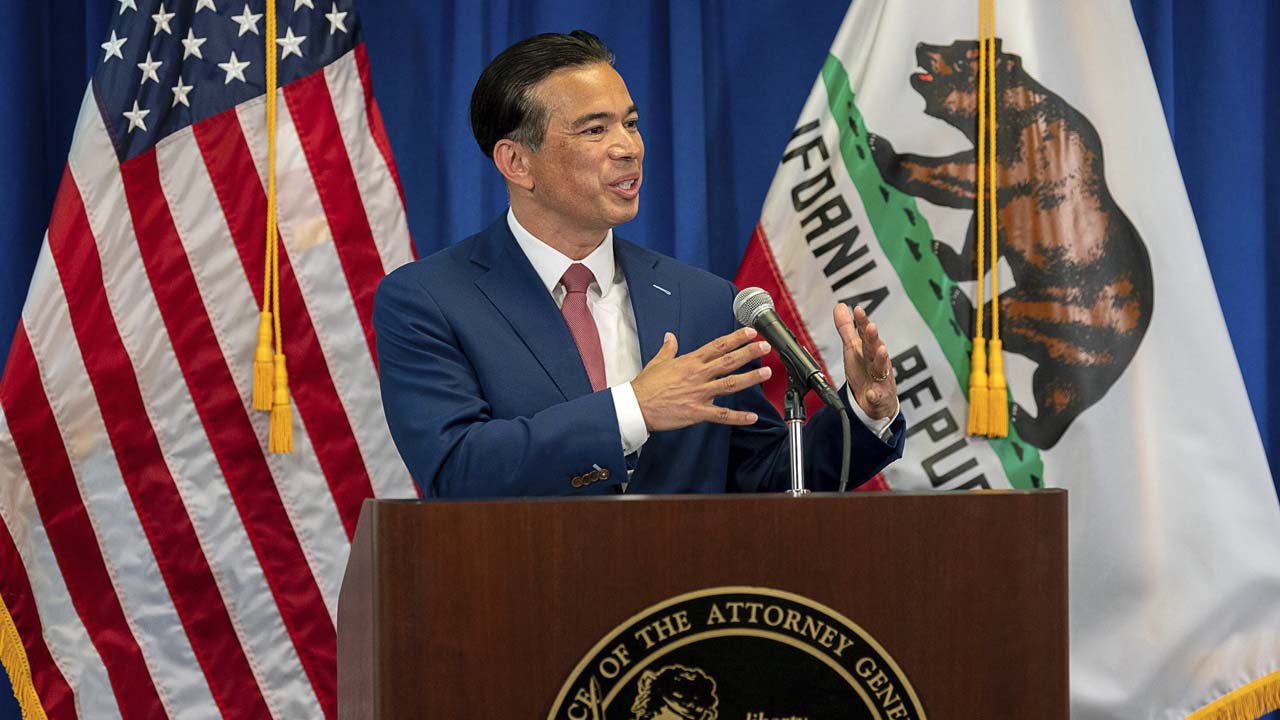 As he charts a course for his next four years, the 50-year-old Democrat wants to target racial discrimination in health care, including through an investigation of software programs and decision-making tools used by hospitals to treat patients.

Bonta, the first Filipino American to serve as the state’s top prosecutor, asked 30 hospital CEOs in August for a list of the commercial software programs their facilities use to support clinical decisions, schedule operating rooms, and guide billing practices. In exchange, he offered them confidentiality. His goal, Bonta told KHN, is to identify algorithms that may direct more attention and resources to white patients than to minorities, widening racial disparities in health care access, quality, and outcomes.

“Unequal access to our health care system needs to be combated and reversed, not carried forward and propagated, and algorithms have the power to do either,” Bonta said.

It’s too early to know what Bonta will find, and his office will not name the hospitals involved. The California Hospital Association said in a statement that such bias “has absolutely no place in medical treatment provided to any patient in any care setting” and declined to comment further.

Advocates have high hopes for what Bonta will find — and for the next four years. “We expect to see a lot more from him in this full term,” said Ron Coleman Baeza, managing director of policy for the California Pan-Ethnic Health Network. “There is much more work to do.”

Last year, Gov. Gavin Newsom appointed Bonta as attorney general after Xavier Becerra left the position to join the Biden administration as secretary of the U.S. Department of Health and Human Services. In the Nov. 8 election, which won him his first full term, Bonta faced Republican challenger Nathan Hochman, a former federal prosecutor who campaigned on prosecuting violent criminals and pulling the deadly synthetic opioid fentanyl off the streets. In contrast, Bonta advocated for gun control and decriminalizing lower-level drug offenses, and in January advised law enforcement officials not to prosecute women for murder when a fetus dies, even if their drug use contributed to the death.

In unofficial results, Bonta had about 59% of the statewide vote, compared with 41% for Hochman.

Bonta, formerly a state legislator representing the East Bay, will be eligible to run for a second full term, which could allow him to serve for nearly 10 years.

His wife, Democratic state Assembly member Mia Bonta, was among the public officials who discussed their abortion experiences after a leaked draft of a U.S. Supreme Court opinion that was published in May revealed the justices would likely repeal Roe v. Wade. After they did, the attorney general threatened legal action against local jurisdictions that tried to adopt abortion bans.

Bonta called health care a right for all Californians and said he wanted to help people of color and low-income communities get more access to doctors and treatments, as well as better care. “It’s something I’ve been actively working on as an elected official my entire career, and even before that,” said Bonta, whose father helped organize health clinics for Central Valley farmworkers.

But health equity remains an elusive goal, even as it has become a catchphrase among advocates, researchers, politicians, and health care executives. And as with most aspects of the state’s mammoth health care system, progress comes slowly.

The Newsom administration, for example, will require managed-care plans that sign new Medicaid contracts to hire a chief equity officer and pledge to reduce health disparities, including in pediatric and maternal care. The state’s Medicaid program, known as Medi-Cal, serves nearly 15 million people — most of whom are people of color. But those changes won’t come until 2024, at the earliest.

State lawmakers are also trying to minimize racial discrimination through legislation. In 2019, for example, they passed a law that mandates implicit bias training for health care providers serving pregnant women. Black women are three times as likely to die from having a baby as white women.

In recent years, researchers started warning that racial discrimination was baked into the diagnostic algorithms that doctors use to guide their treatment decisions. One model predicted a lower rate of success for vaginal births among Black and Hispanic women who previously had a cesarean delivery than among white women, but failed to take into account patients’ marital status and insurance type, both of which can affect the success rate of a vaginal birth. Another, used by urologists, assigned Black patients coming into emergency rooms with “flank pain” a lower likelihood of having kidney stones than non-Black patients — even though the software’s developers failed to explain why.

Some researchers likened such medical algorithms to risk assessment tools used in the criminal justice system, which can lead to higher bail amounts and longer prison sentences for Black defendants. “If the underlying data reflect racist social structures, then their use in predictive tools cements racism into practice and policy,” they wrote in the New England Journal of Medicine in 2020.

Bonta is seeking the hospital industry’s cooperation in his algorithm investigation by framing racial and ethnic disparities as injustices that require intervention. He said he believes that his inquiry is the first of its kind and that it falls under the California Department of Justice’s responsibility to protect civil rights and consumers. “We have a lot of depth,” he said of his 4,500-employee agency. 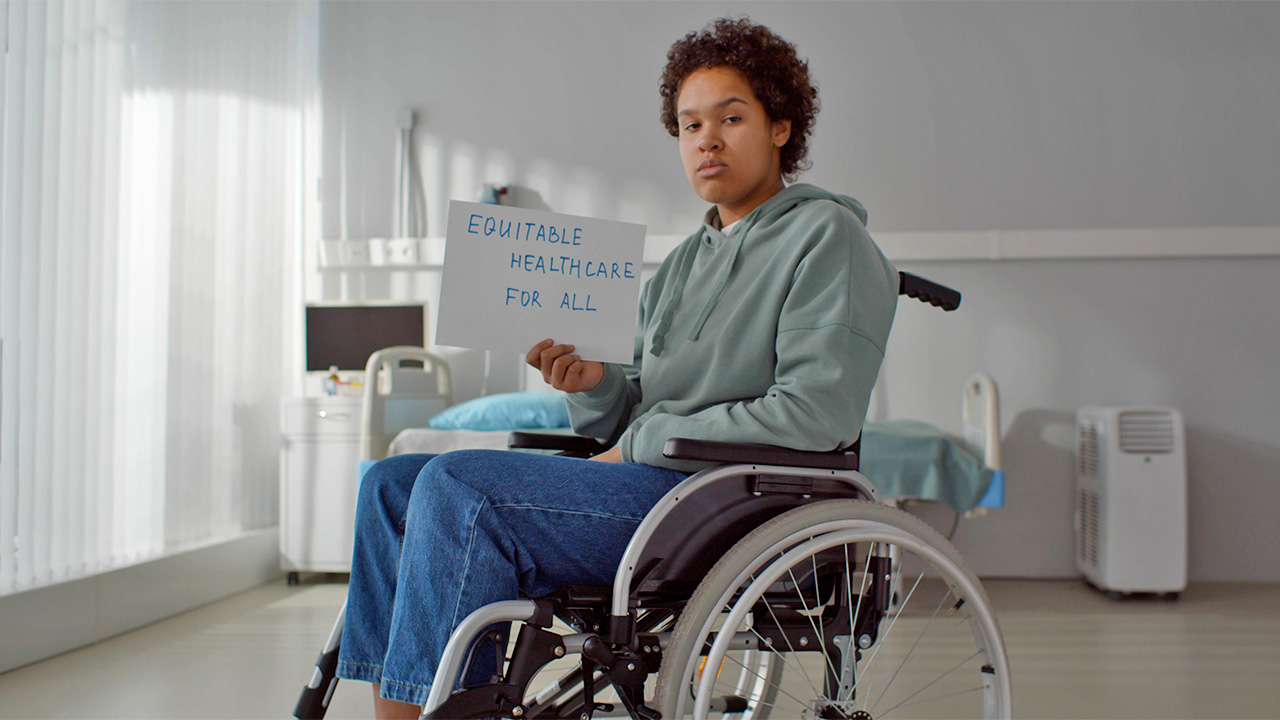 “They violate existing consumer protections, and that falls squarely within the AG’s jurisdiction,” said Linda Nguy, a senior policy advocate for the Western Center on Law and Poverty.

Nguy urged Bonta to go after underperforming health plans when they fail to contract with enough providers so patients can get timely appointments, even though the California Department of Managed Health Care is the state’s main health insurance regulator.

“During covid, the health plans were essentially given a pause on reporting of their timely access. But that pause is over, and the plans have to meet these requirements,” Nguy said. “He can ask for that utilization data.”

Bonta remains circumspect on a particular issue related to race.

His office has been facilitating California’s reparations task force, which issued a nearly 500-page preliminary report this year that noted that Black Californians had shorter life expectancies and poorer health outcomes than other groups. In surveys of hospitals across the country, Black patients with heart disease “receive older, cheaper, and more conservative treatments” than white patients, the report said.

The task force could recommend cash compensation for Black Californians who can establish ties to enslaved ancestors, but Bonta hasn’t endorsed that plan. The final report is due in July.

“If we can move the needle, then we should,” Bonta said. “There are a whole set of different possible solutions, pathways to get there.”

KHN (Kaiser Health News) is a national newsroom that produces in-depth journalism about health issues. Together with Policy Analysis and Polling, KHN is one of the three major operating programs at KFF (Kaiser Family Foundation). KFF is an endowed nonprofit organization providing information on health issues to the nation.