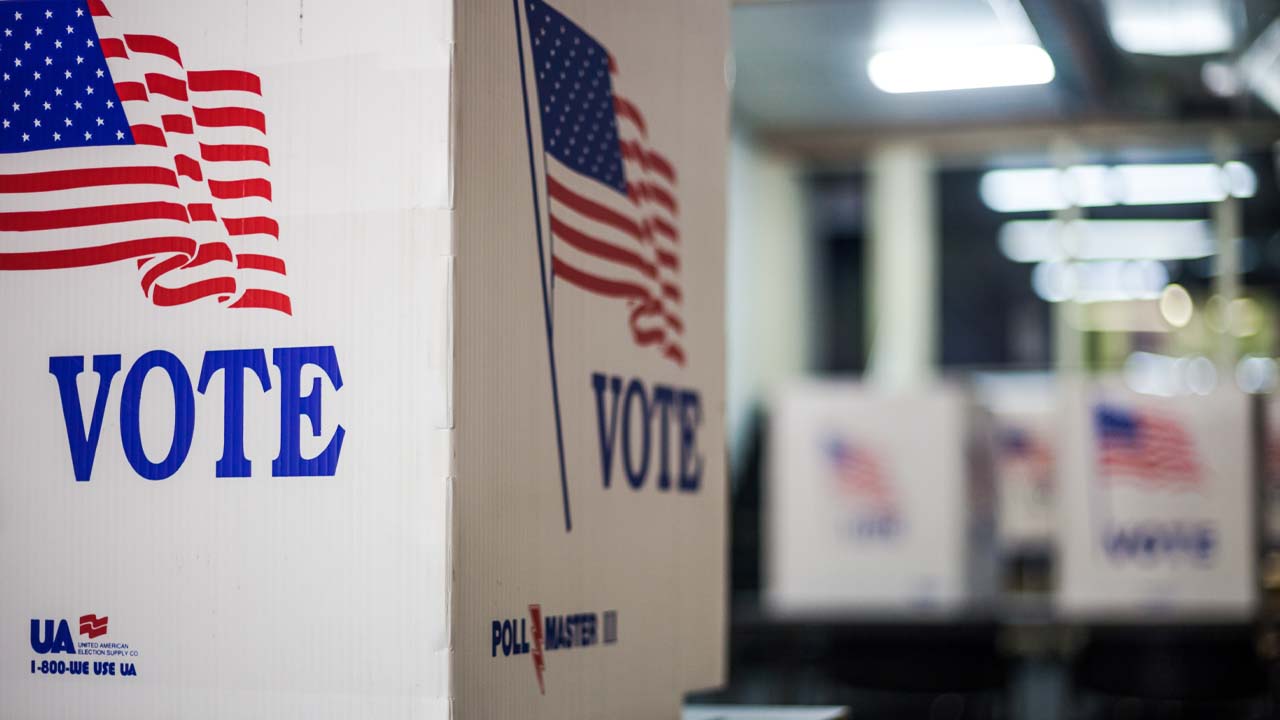 ATLANTA — Early voting is going gangbusters in Georgia in the opening days of midterm balloting, fueling a new round of partisan jousting over Republicans’ overhaul of election procedures after Democrats’ 2020 victories in the state.

Through Sunday, about 838,000 Georgians had cast their ballots, most of them in person at advance voting sites, the rest returning mail ballots. That’s almost 60% higher than advance voting totals at this point in 2018, the last midterm election.

More than 10% of Georgia’s registered voters have already cast votes, a share that trails only Massachusetts and Vermont, where 22% and 16% of voters have sent in ballots, according to an Associated Press analysis of data collected by University of Florida professor Michael McDonald. California and Florida have each accepted more than 1 million mail ballots thus far. And the numbers nationwide are likely to accelerate this week as more states open early in-person polling places or send ballots to voters.

“We’re seeing very robust numbers of people who are voting early, so at this point we’d have to see turnout crater before election day for the trajectory we’re on to change,” McDonald said.

Republicans have seized on the Georgia numbers as vindication for their 2021 rewrite of state election law.

They’re hoping to re-elect Gov. Brian Kemp, who narrowly prevailed over Democrat Stacey Abrams in 2018, and boost Herschel Walker over Raphael Warnock, the Democrat who won a Senate runoff in January 2021.

The turnout is record-setting, said Tate Mitchell, a spokesperson for the Kemp campaign, “while Stacey Abrams continues to spread the myth of voter suppression.”

Abrams pushes back against that taunt, even as she, too, celebrates the high early turnout.

“More people in the water does not mean there are fewer sharks,” Abrams said Monday.

“It is wrong to suggest that there is a correlation between voter turnout and voter suppression because suppression is about barriers,” Abrams said. “If those barriers are not completely successful, the credit does not go to those who erected the barriers. The credit goes to those voters who found a way to navigate, overwhelm and overcome those barriers.”

The spike in early voter turnout does coincide with Abrams encouraging her supporters to vote in person and not use mail ballots. She promoted the mail-ins heavily in her loss to Kemp four years ago — as did Democrats elsewhere to their advantage during the pandemic election of 2020.

However, Georgia’s 2021 voting law added identification requirements to the mail voting process and severely curtailed the number of drop boxes used during the 2020 cycle in urban counties, which tilt heavily to Democrats. The law also made it easier for anyone to challenge an individual voter’s eligibility and reduced opportunities to cast a provisional ballot if a voter shows up in the wrong polling place on Election Day.

The Abrams campaign says more than 90,000 voters have had their eligibility challenged, mostly by conservative groups, although large numbers of those challenges have been dismissed.

Kemp defeated Abrams by about 55,000 votes four years ago. President Joe Biden won Georgia’s electoral votes by about 11,500 votes in 2020, and Warnock won his Senate runoff by about 95,000.

Given the election law changes, Democrats are pushing supporters to vote as soon as possible during the early in-person voting window, which began Oct. 17 and continues through Nov. 4, four days before Election Day. The idea is that if committed Democrats vote early, the party will be able to shift its focus to others, plus reduce crowding in the last week of early voting.

Lauren Groh-Wargo, Abrams’ campaign manager, said Monday that “this big turnout in week one has been a key part of our strategy,” and the campaign doesn’t believe voting will drop off.

Abrams’ strategy, from the outset of her first run for governor four years ago, has been to expand the electorate by coaxing sporadic voters, especially among younger generations and nonwhites of all ages. She is Black, Kemp is white.

Groh-Wargo said 16% of advance voters so far, including mail and in-person, did not vote in Georgia in 2018, according to the campaign’s analysis. Further, she said about 55,000 of the earlies did not vote in 2020, when Democrats won.

Those trends, she said, suggest the strategy is working, at least in the opening days of early voting. But Kemp has led in almost all public polls, and his campaign continues to try to reach beyond Republican partisans to win independents and some Black voters.

“We feel confident that Gov. Kemp’s record of success and vision of the future will continue to win voters from all across the Peach State,” Mitchell said.

The Abrams campaign touted high Black turnout thus far, with about 35.5% of the advance ballots coming from Black voters. In 2020, when Biden won, that was 33% through one week of advance voting. In 2018, when Abrams lost, it was 31%. Groh-Wargo highlighted Black men, as well, saying the campaign’s analysis shows that about 97,000 Black men have voted already; that was about 45,000 at this point during Abrams’ losing effort. Abrams, who would be the first female Black governor in the United States, has more openly concentrated on reaching Black men in her second campaign.

The Georgia electorate does not yet reflect a surge in turnout among women, even as Democrats insist that the Supreme Court decision to overturn the 1973 Roe v. Wade decision that legalized abortion will sway women nationally. Data show that the advance vote thus far is 54.5% female, which is about average in Georgia general elections. It is notable, however, that mail ballot requesters are 59% female, and most of those have yet to be returned. So the electorate could still end up being more female than usual.

Related Topics:voter turnout
Up Next