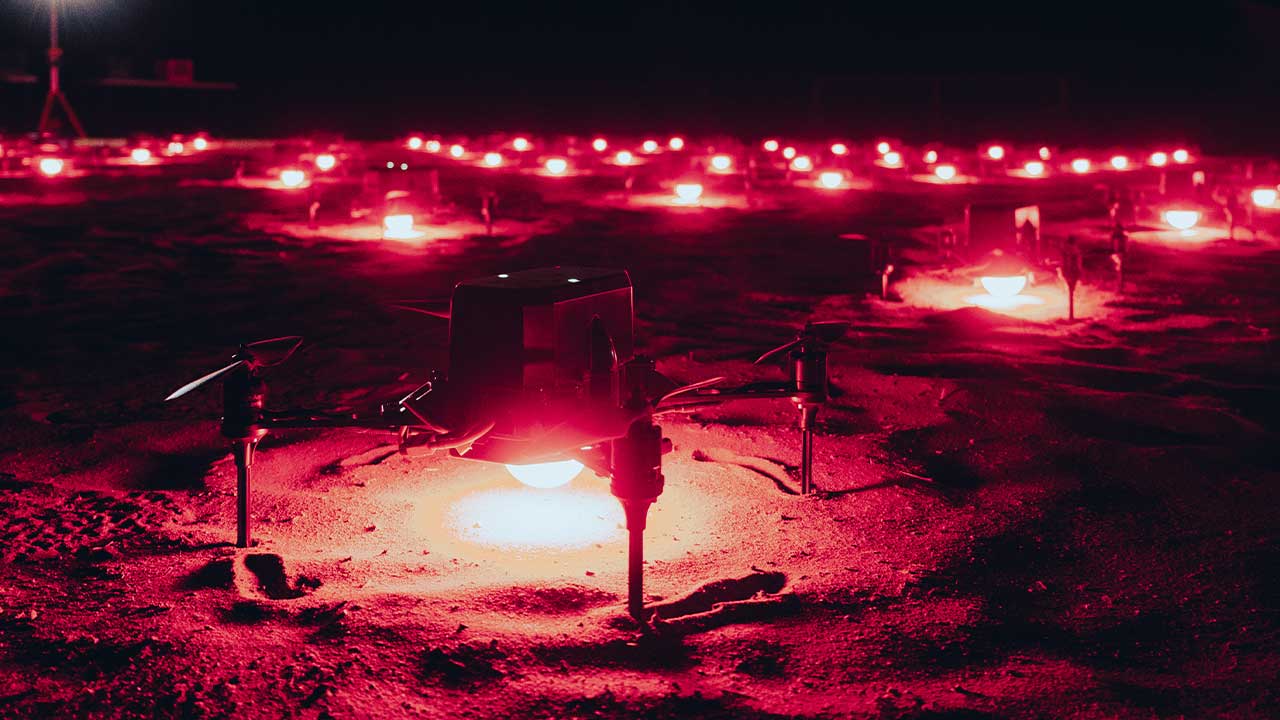 A new holiday light show is coming to Clovis in December. (Skye Dreams)
Share with friends

Christmas may be still be more than a month away, but plans to provide a spectacular Christmas show are already underway with the launch of a new family-friendly holiday event.

The Holi-Drone show will make its holiday debut this year at the Clovis Rodeo Grounds on Dec. 6-8 as part of a team-up between Fresno Street Eats and a Valley drone company, Skye Dreams.

What Can Valley Families Expect from the Show?

The holiday show will feature 100 drones flying through the air to the tune of Christmas-inspired displays and music.

Viewers can expect to see a vast array of shapes, bright colors and symbols swaying and moving through the sky performed by Verge Aero drone flights. 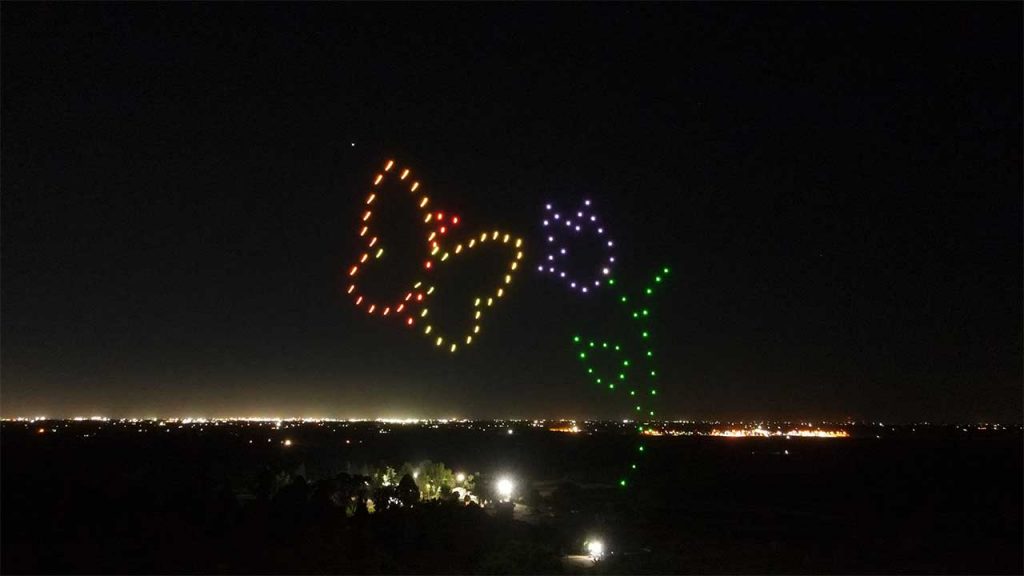 “So put them all together into one event, with a light show unlike anything that’s happened in town before, plus dozens of great local vendors allowing you to shop local this holiday season.”

These Drones are Not New to the Valley

The drones that will be used in this year’s event have already made several public drone flights in events like Clovis Night Out and the Great Kearney BBQ Smoke Out.

However, this will be the first event where the drones are the stars of the show.

Skye Dreams founders Terry and Deb Toews say they know how much the Valley loves Christmas.

In the past, they have organized and produced Santa Clause Lane in Clovis, a neighborhood drive-through where houses feature Christmas light shows set to holiday music.

These events have been very popular among families from across the Valley.

Now, as seasoned Christmas planners, the Toews are reaching for the stars to give the Valley another show they can look forward to.

“We’re excited to give families an experience unlike anything they’ve ever seen here locally,” the Toews said.

Where Can You Purchase Tickets?

Tickets cost $15 for adults and $5 for children and may be purchased here.

Rikishi Is Coming to Fresno. Why He Didn’t Want to Be a Headshrinker, and the Stinkface!