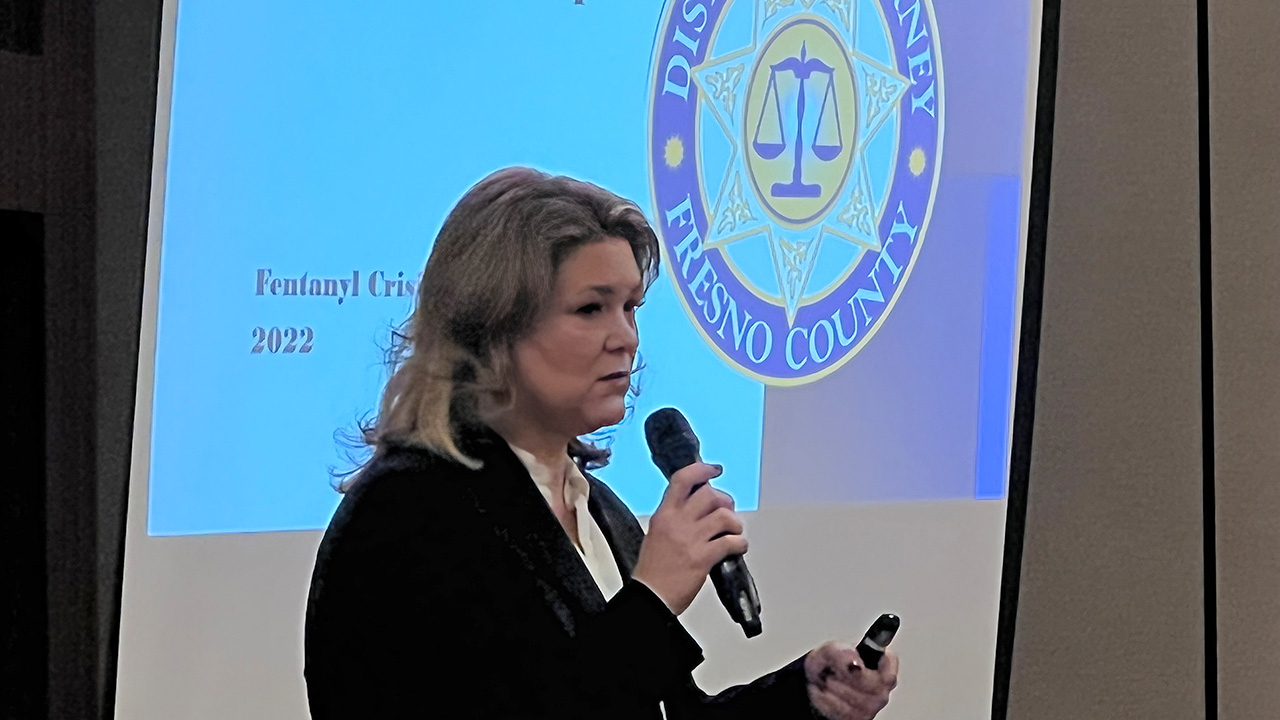 Letting students keep their cellphones during classes is no guarantee of their safety in the event of a violent event like a school shooting, a school safety expert and Fresno County’s district attorney agreed Monday at a school safety event in downtown Fresno.

John Van Dreal, the retired director of Safety and Risk Management Services for the Salem-Keizer School District in Oregon, and Fresno County District Attorney Lisa Smittcamp said cellphones might actually be a distraction that could harm and not help students during such events.

GV Wire spoke with Van Dreal, the symposium’s principal consultant, and Smittcamp on Monday at the Fresno County Superintendent of Schools School Safety Symposium at the Double Tree by Hilton Hotel in downtown Fresno. Both were speakers at the symposium, which was attended by more than 200 school district officials from across Fresno County.

Bullard High School’s proposed ban on student access to cellphones and smart devices during the school day has raised concerns about whether students could be in more danger in the event of a violent occurrence such as a school shooting.

The ban has been postponed until early November.

Bullard Principal Armen Torigian said the new cellphone policy is intended to remove unwanted distractions from the school environment that keep students from being engaged in their lessons and from learning.

Van Dreal said while some officials believe students are safer having their cellphones at hand, others don’t agree. “What I can tell you is there’s really no hard data to say you’re safer with cell phones other than there’s anecdotal stories of kids that were able to call and say, ‘I hear the noise. It sounds like it’s in the hall.'”

And even those reports may be misleading, since sound can carry through school buildings and hallways, he said.

During an emergency, cellphones can be a distraction and can keep students and teachers from having full awareness of their situation and being prepared to react to it properly, Van Dreal said. But he acknowledged that just having access to a phone could make students feel safer.

Smittcamp, who spoke at the symposium on the region’s fentanyl crisis, said she thinks students would be safer without cellphones in a school shooting, for example, because their focus would need to be on the teacher or school official who has been trained to keep them safe, and not on their screens.

Cellphones are the conduit for many drug sales, including fentanyl, she said. Banning their use during the school day would eliminate the opportunity for drug sales during class time.

But Smittcamp said she understands that some parents and students also feel the need to be able to have phones on hand as recording devices.

“I see that there are some issues there that make kids and parents feel that the presence of phones or the ability to report things makes them feel safer. And it certainly gives the parents a little bit more peace of mind,” she said. “But I think if those issues are resolved, that it is not a bad thing during the school instruction periods of times for children not to have cellphones.”

Teen Made Social Media Threats. What Fresno Deputies Found in His Backpack.