California Needs Clear Rules About Where Housing Can Be Built: Walters 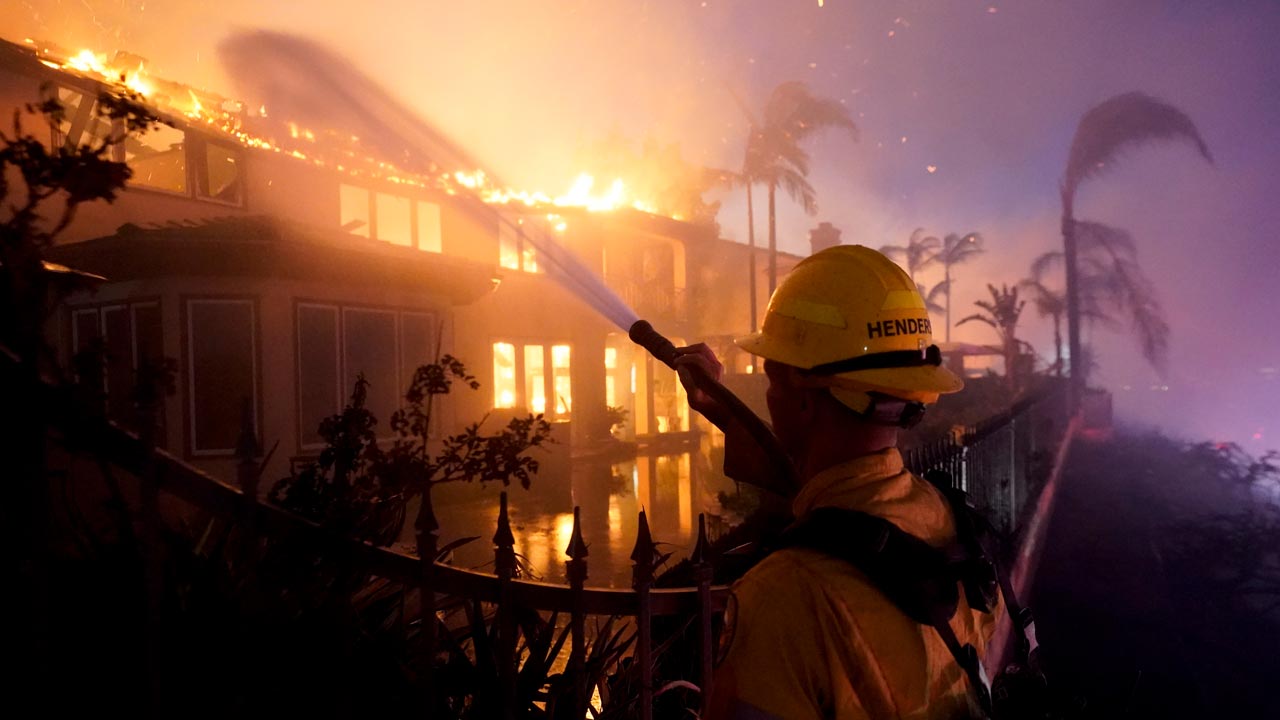 "Prudence dictates that we should also avoid housing construction ... where fires are most likely to have cataclysmic impacts," writes Dan Walters. (AP File)
Share with friends

California must ramp up housing construction to reduce the ever-widening gap between supply and demand and ease the high shelter costs that drive families into poverty and contribute to the state’s homelessness crisis.

However, given the seemingly nonstop series of uber-destructive wildfires California is experiencing, prudence dictates that we should also avoid housing construction in what’s called the “wildland urban interface” where fires are most likely to have cataclysmic impacts.

The friction between those two imperatives is played out in the political arena, where officialdom makes land use policy.

A case in point: Two years ago, by overwhelming bipartisan majorities, the Legislature passed a bill that would have required local governments to make fire safety a major factor in approving housing developments in fire-prone areas by compelling developers to include protective features.

The measure was passed in response to a wave of killer fires, including the Camp Fire that destroyed the rural community of Paradise in 2018, killing 86 people.

Gov. Gavin Newsom vetoed the bill, saying that while he supported its aims it “creates a loophole for regions to not comply with their housing requirements.”

“Wildfire resilience must become a more consistent part of land use and development decisions. However, it must be done while meeting our housing needs,” Newsom wrote.

In the absence of clear policy from the Legislature and the governor on limiting construction in fire-prone areas of the state, Attorney General Rob Bonta has intervened.

This year he joined forces with environmental groups to stall a huge housing and golf resort project in Lake County, where wildfires are a constant threat. A Lake County judge declared that local authorities and the developer had not paid sufficient attention to the Guenoc Valley project’s vulnerability to fires.

The ruling “affirms a basic fact: Local governments and developers have a responsibility to take a hard look at projects that exacerbate wildfire risk and endanger our communities,” Bonta said. “We can’t keep making shortsighted land use decisions that will have impacts decades down the line. We must build responsibly.”

This week, Bonta took another step, issuing a set of guidelines that local authorities should follow in assessing the potential wildfire dangers of proposed developments.

State Is Mostly a Tinderbox

Unveiling the policy in San Diego County, whose fast-growing inland communities are in constant peril from wildfire, Bonta said, “This is the new normal. When it comes to development, we can’t continue business as usual. We must adjust. We must change.”

Bonta’s guidelines don’t have the force of law, but they contain the implicit threat that his office will intervene if they are ignored, as it did with Guenoc Valley.

Avoiding housing in areas of extreme fire danger would seem to be common sense, but except for a narrow strip of land fronting the Pacific Ocean, the flatlands of the Central Valley, and the deserts of Southern California, the state is mostly a tinderbox.

Moreover, Californians prefer, if they can, to live in single-family homes in scenic locales and therefore developers want to comply with those preferences, which is why they propose projects such as Guenoc Valley.

The issue demands something more definitive than a document from the attorney general. Newsom and the Legislature should, as they ramp up pressure for more housing construction, also delineate where it should — and should not — occur.