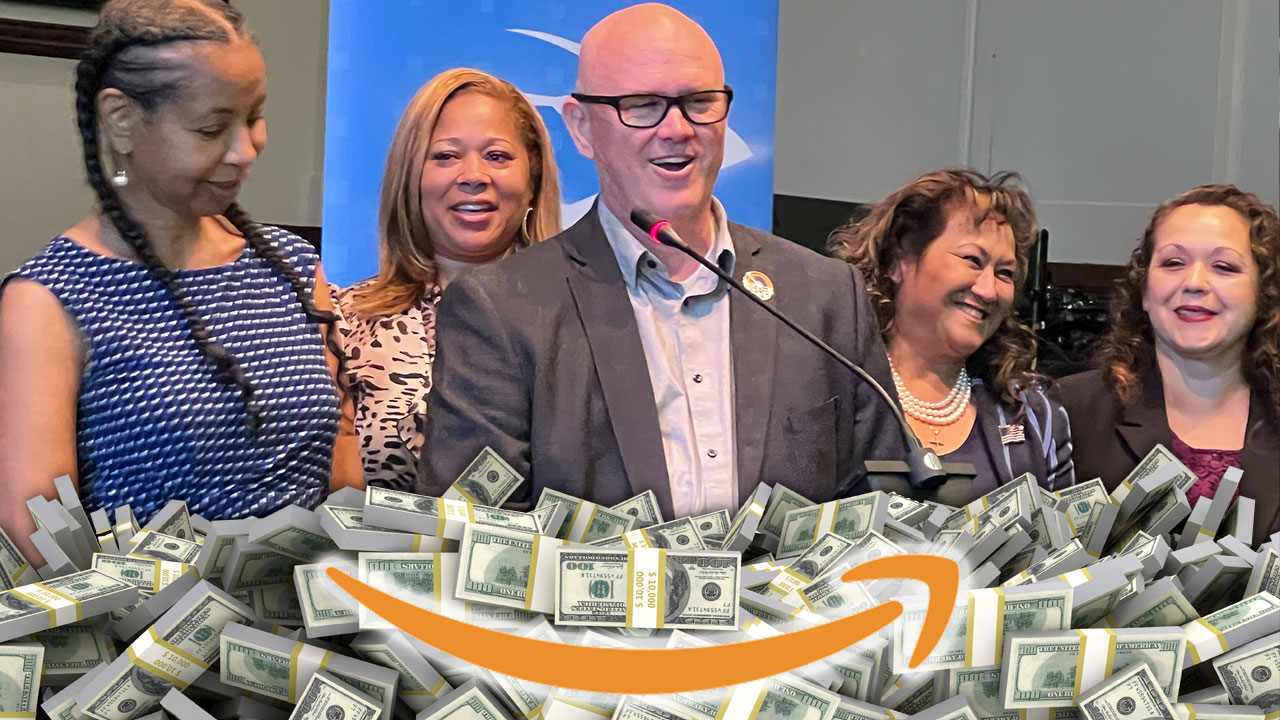 Fresno Unified’s fledgling Foundation for Fresno Unified Schools got a huge boost with the unexpected — but highly welcome — donation of $20 million by billionaire philanthropist MacKenzie Scott.

The funding means that the district’s new nonprofit, founded decades after similar foundations in neighboring school districts and educational agencies, is now one of the best funded locally.

The district had previously announced that Amazon was a lead sponsor of Thursday’s State of Education Gala at Fresno Chaffee Zoo that will mark the foundation’s kickoff.

The Amazon gala sponsorship contribution was made locally and is unconnected to Scott’s gift, district spokeswoman Nikki Henry said.

Scott is the former wife of Amazon founder Jeff Bezos and owns 4% of the company. She has vowed to commit much of her wealth in support of worthy projects and nonprofits.

Nelson, who was flanked at the news conference by members of the foundation’s board of directors, foundation president Wendy McCulley, and five of seven Fresno Unified trustees, said the district was slow to establish its own foundation for community fundraising in part because foundations are seen by some as a “tool of privilege” that is at odds with the high poverty levels of many Fresno Unified families, and also because of the negative self-image that many in Fresno have about the city and themselves.

That needs to change now, Nelson said. Fresno students, who are still among the lowest performing in the state and nation in reading and math, are improving at a faster rate but are still mired in negativity and lack of self-worth, he said.

“That mindset, that deep culture that weaves its way into our district and … into the hearts of our kids. And that’s what has to change, right? By the end of my term, whenever that should be, I have to have done everything I can do every single day to change the self-deprecating nature of what Fresno thinks about itself and about its children,” he said. “So not only is this foundation critical to having additional resources to supporting our kids, it’s absolutely critical for our own belief in ourselves.”

Fresno is often seen as the last at many things, but Scott’s donation may be her first to a K-12 district, he said. “So how good for Fresno to have a first? So Frenans, in this we were first.”

The New York Times reported in March that Scott, in an effort to be more transparent about her giving, planned to launch a website with a searchable database of the gifts she has made. There are no legal requirements for her to report them; the nonprofits receiving them have to file IRS tax reports.

Nelson said Scott’s gift comes without strings — it can be spent any way the foundation sees fit, and the entire $20 million has already arrived, in a wire transfer last Friday.

Student scholarships will be one focus, but there may be others, he said.

It’s unclear why Scott chose the district’s new foundation for the large gift, as she is notoriously tight-lipped about why she chooses specific nonprofits for funding.

Nelson said it could be a number of factors: The district has been working on a dual enrollment program with Benedict College, one of the nation’s HCBUs, or historically black colleges and universities, and Scott has been a strong supporter of HCBUs; Gov. Gavin Newsom’s recent visit to McLane High School to talk about mental health services, which Scott also has supported; or the connection through Blue Meridian Partners, which has funded the Fresno Cradle to Career effort that Fresno Unified partners in.

Related Story: In Fresno, Newsom Announces $4.7B in Funding for Youth Mental Health

Scott also tends to focus her funds on communities with high poverty rates and low rates of access to philanthropic capital, which describes Fresno.

Trustee Valerie Davis thanked Scott for her generosity and then noted that the district had previously benefited from a gift that has resulted in student scholarships.

“Ten years ago, the Farber family took a tragedy in their family and turned it into investment for our children, and they prayed that someone would step up and follow in their footsteps,” Davis said. “So yesterday being Yom Kippur, their prayers were answered.”

Francine and Murray Farber created a scholarship program, Steve’s Scholars, at Tehipite Middle School from the estate of their late son. Tehipite students who have 95% cumulative attendance, maintain a 3.0 GPA, and graduate from a Fresno Unified high school after completing all A-G college course requirements are eligible for a $1,000 scholarship for their first two years of college.

The School Board last year voted to name the new Education Center in southeast Fresno for the Farbers.

Will a Fresno Unified facility or campus someday bear the name of MacKenzie Scott? Nelson said the trustees haven’t yet embarked on that conversation, since they only learned of the gift a few weeks ago.

“I think what might be even better is, I just need to capture images of all the kids who are directly supported by the gift, the philanthropic initiatives provided,” he said. “And then we’ll just share those stories, right? It’s really not my story. It’s all of our stories.”