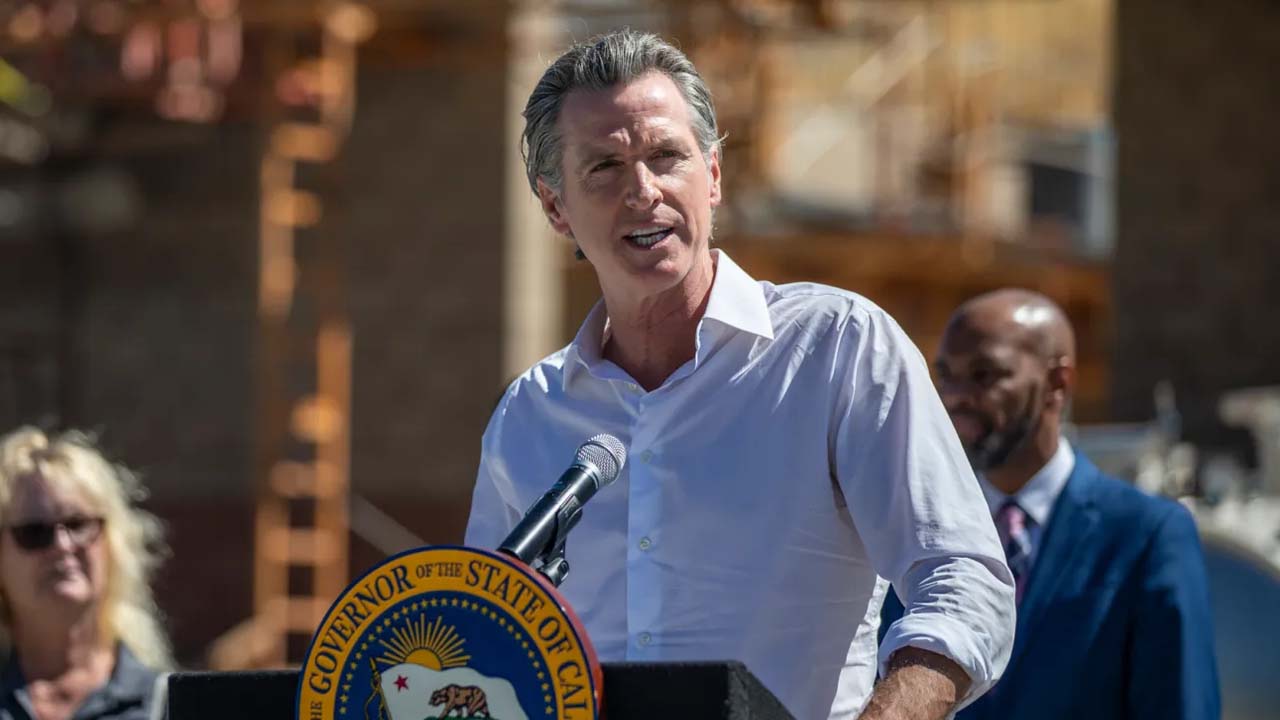 Gov. Gavin Newsom continues to insist that he has “sub-zero interest” in running for president should Joe Biden decide against a second term.

However, Newsom continues to cement his place on the informal list of potential presidential candidates by grabbing opportunities to raise his national political profile.

Late last month, while dealing with the hundreds of bills passed by the Legislature in August, Newsom found time for cross-country dashes to two high-profile events, where he praised himself, criticized his own Democratic Party for being too timid and seemingly suggested that the 79-year-old Biden is out of touch

The first jaunt was to New York for two days of speeches and schmoozing at the Clinton Global Inititative conference on climate. He bragged publicly about California’s leadership on attacking climate change and met with top political figures, including several from other countries.

“California’s climate leadership was on display at the closing session, as Governor Newsom highlighted the state’s recent passage of world-leading climate measures,” his office declared while releasing a lengthy account of his appearances, complete with pictures of him posing with other attendees.

Newsom barely had time to change his socks before he was off again to Texas, whose Republican governor, Greg Abbott, is one of Newsom’s top rhetorical targets, this time for the Texas Tribune’s annual political gabfest.

Declaring that his party is “being crushed” by Republicans in the war of words, Newsom said, “These guys are ruthless on the other side. Where are we? Where are we organizing, bottom up, a compelling alternative narrative? Where are we going on the offense every single day? They’re winning right now.”

However, the most interesting, and perhaps most revealing, aspect of Newsom’s trip to Austin was an interview with Alex Wagner of MSNBC — progressive Democrats’ favorite TV outlet — in which he indirectly suggested that Biden’s not up to the job of confronting Republican “bullies” because he’s “hardwired for a different world.”

“It’s very hard for him,” Newsom said of Biden. “His decency, his honor, his character, his moral persuasion…those are tools in his toolkit.”

Newsom said that while Biden “wants to compromise, he wants to find our better angels, and he wants to find that sweet spot in terms of answering our collective vision and values but that’s not how the system is designed.”
Newsom’s very evident message was that to win, Democrats need a leader who is glibly confrontational — someone, it would seem, very much like the governor of California.

Newsom closed out his week of high-octane politicking with a final gesture indicating that despite his oft-repeated declarations of non-candidacy, he’s at least keeping his options open.

Without advance notice, Newsom walked out of the Capitol to greet United Farm Workers Union activists who had been camped outside the building, beseeching him to sign legislation that would make it easier for the union to win representation elections by allowing mail ballots.

Although Newsom had vetoed a similar bill in 2021 and his office had declared opposition to this year’s version, he signed the bill while the UFW’s protesters looked on, saying that union leaders had agreed to some tweaks that would be added to the law next year.

Biden and other high-level Democratic figures had been publicly urging Newsom to sign the bill and had he vetoed it, it would have angered not only the union but the progressive wing of the party that views unionization of low-wage workers as a holy grail.

It could have caused significant damage to a Newsom presidential campaign — if, of course, there would be such a thing.