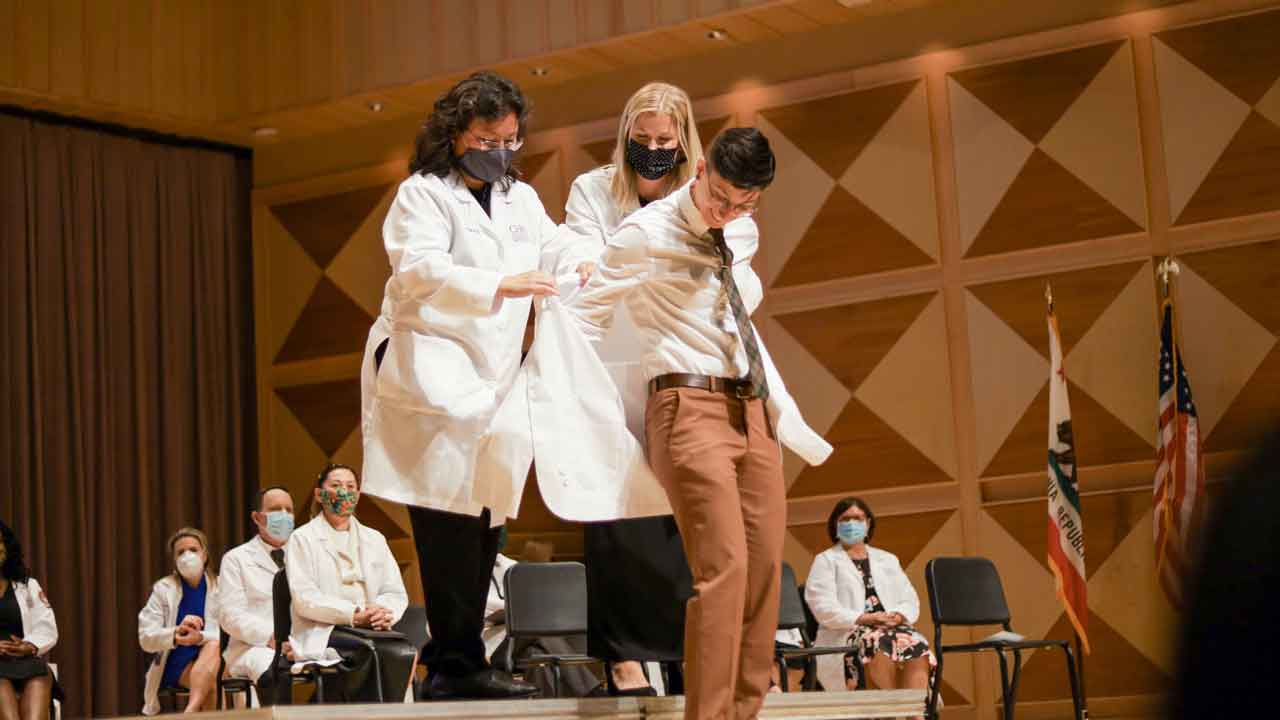 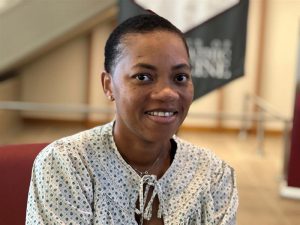 Joele Tueno Scott has waited a long time to put on the white coat that identifies her as a future physician.

Tueno Scott, now in her first year at the California Health Sciences University College of Osteopathic Medicine in Clovis, worked for years as a nurse in correctional facilities, but never lost sight of her goal of one day going to medical school.

She will join her 155 other first-year classmates on Saturday for a traditional white coat ceremony. It’s the college’s biggest class so far.

In the audience will be her 6-year-old daughter, 4-year-old son, and her mother, whose help Tueno Scott said is integral to her being able to attend medical school.

“I am excited,” Tueno Scott told GV Wire this week. “You work so hard to get in here. Sometimes you don’t really get a chance to celebrate the milestones. And this is something that we can look back in 10 years or 20 years and say, it was a good moment. It was a good experience.”

Dean John Graneto said he still remembers his own white coat ceremony years ago: “I remember being in awe of the professors that were putting on our coats, and I remember the excitement in the room of my classmates. I went to medical school in Ohio, and I remember it vividly. So it’s a memorable occasion, for sure.”

A ‘Uniform’ for Medical Students

First-year students get a hip-length white coat that serves as a uniform, Graneto said. “It’s a transition from when you’re mostly in the classroom to a little bit of seeing patients and going to the clinics and stuff. So that’s why we do it this weekend,” he said.

The white coat ceremony is popular among proud family members who have scooped up the more than 700 tickets for seats at Shaghoian Performing Arts Center concert hall on the Clovis North campus where the ceremony will be held Saturday.

Those who couldn’t get a ticket can watch at the college, where the ceremony will be livestreamed, Graneto said.

Saturday’s ceremony for the college’s third class of medical students is only the second ceremony in as many years — the first class two years ago had to skip the ceremony because of COVID restrictions, but they celebrated last year with the college’s second class, he said.

Thirty percent of this year’s first-year class are from the Central Valley, and more than 90% come from California. And it’s a diverse bunch of students who speak 38 different languages, including dozens who speak Spanish. The goal is for the students who graduate from the college and complete residencies here to practice medicine locally.

Tueno Scott, 34, is a native of the central African nation of Cameroon who was a law student when she moved to the United States and transitioned to health care. Her father is a lawyer and her mother is a businesswoman.

After getting her undergraduate degree in nursing at California State University Fullerton, Tueno Scott worked in psychiatric nursing in correctional facilities in the Los Angeles area. It was a good living, but it wasn’t helping her achieve her potential to go farther in the field of medicine.

And she wasn’t exactly enamored of living in Los Angeles either, so she put her two kids in the car and explored California. When they got to Clovis and saw the wide-open spaces and green parks, “oh, it’s the perfect place. We just moved after one month.”

Tueno Scott said her move to Clovis came with the knowledge of the planned College of Osteopathic Medicine that she hoped to be able to attend someday. When it came time to apply to medical school, Tueno Scott said she initially applied only to the Clovis school and was happy when she was accepted at her top school.

“We really enjoy it here. My hope is to stay here,” she said.

Being a Student and a Mommy

But her daughter was a bit surprised a few weeks ago when Tueno Scott picked up her backpack and prepared to head off to her first day of class.

“My daughter, was like, ‘oh, why are you going with the backpack?’ I said, I’m going to school. ‘Oh, you’re going to school like me?’ And she said, ‘well, you can’t be a student and mommy, and you cannot be a doctor and mommy,’ and I said, ‘Yes, of course you can be a mommy and a student.’

“I want her, especially her, to see that if she applies herself and works hard, she can really achieve everything that she wants to.”

Related Topics:California Health Sciences UniversityCHSUCollege of Osteopathic Medicine
Up Next