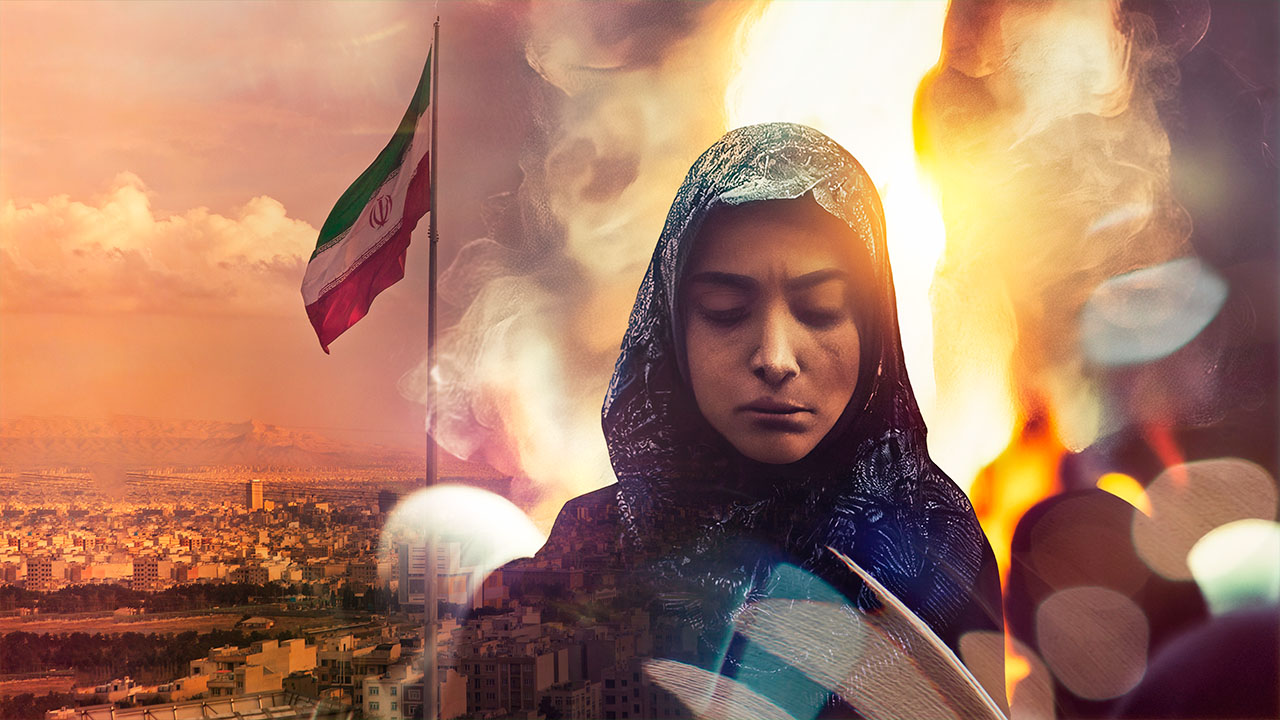 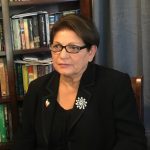 Shahnaz Tousinezhad left Iran for the United States in 1983, but like many expatriate Iranians, her heart has never left her homeland.

She is grief-stricken over the cruelty that Iranians have been subjected to in the decades since the Muslim Shiite cleric-led regime began running the government. That cruelty has intensified in recent weeks after a young woman’s death at the hands of Iran’s so-called morality police have sparked turbulent protests, both in Iran and worldwide, and government crackdowns against the protesters.

Every day, the 70-year-old Fresno woman told GV Wire this week, she talks with a family member who tells her about the courage of every-day Iranians who are standing up and speaking out about the government’s restrictions, including the mandate that all women in Iran — no matter their faith — be required to wear the head covering called the hijab.

Mahsa Amini’s death at the hands of the morality police came after she was detained for improper hijab. The Iranian government, meanwhile, says the 22-year-old Kurdish woman suffered a heart attack, which her family members say they don’t believe because she was healthy prior to her arrest.

Tousinezhad says her own family has asked her to speak for them, in case their voices are silenced.

“A friend and cousin call me every night and they say, ‘OK, we are going on the street, we are alive now, but we don’t know if we come back. If we die, don’t cry for me. Be my voice.’ ”

Those voices have been rising since Amini’s death. The Iranian American Alliance of Fresno has organized weekly protests in north Fresno in support of the protesters in Iran.

Related Story: Protests Intensify in Fresno, Around World Over Woman’s Death in Iranian ...

“As the mayor of Fresno, I stand in complete solidarity with the Iranian people in Iran and here in Fresno. It is vitally important that we in America support all efforts to overthrow the existing Iranian regime, which for far too long has served to oppress the people of Iran and take away the human rights and dignity of the Iranian people. I’ve spoken to many Iranian people who live here in Fresno who I consider to be dear friends. They are heartbroken over the tyranny and oppression that has occurred for decades in Iran. Family members who have been beaten and killed by the Iranian government. It is important that we stand united.

“I call upon our president and Congress to also take a stand against the existing Iranian regime and to levy whatever sanctions that are necessary to bring the Iranian government to its knees. The time is now for this wicked regime in Iran to once and for all be destroyed. The Iranian people, especially women, have suffered oppression and tyranny long enough at the hands of the Iranian government. May God continue to bless the Iranian people here in Fresno and Iran.”

As the Mayor of Fresno, I stand in complete solidarity with the Iranian people in Iran and here in Fresno.

The current Iranian regime has oppressed people for far too long. It’s important that we call upon our elected national leaders to take a stand against the existing regime. pic.twitter.com/Nlrcbccblw

As a staunch Democrat, Tousinezhad said in sometimes broken English, she expects more from Biden: “American government has not been taking any action towards this. … I vote for President Biden. I put my time, energy, and money on his election. But I’m very sad and mad and frustrated with his action when he allows the president of Iran to come to United Nations, without any shame or remorse, to say that we have freedom in our country, the women have the right to do what they want to do.”

Iranians are trying to keep the world’s focus on their struggle by sharing messages, such as this one that Dr. Mehdi Ghajar, an organizer with the Iranian American Alliance, says has come across Iranian international platforms:

“The Islamic Republic is the only government in the world that uses ambulances to suppress protesters, fire brigades to disperse the crowd, cranes to hang people, police cars to block roads, metal cutting machines to cut off fingers … .” 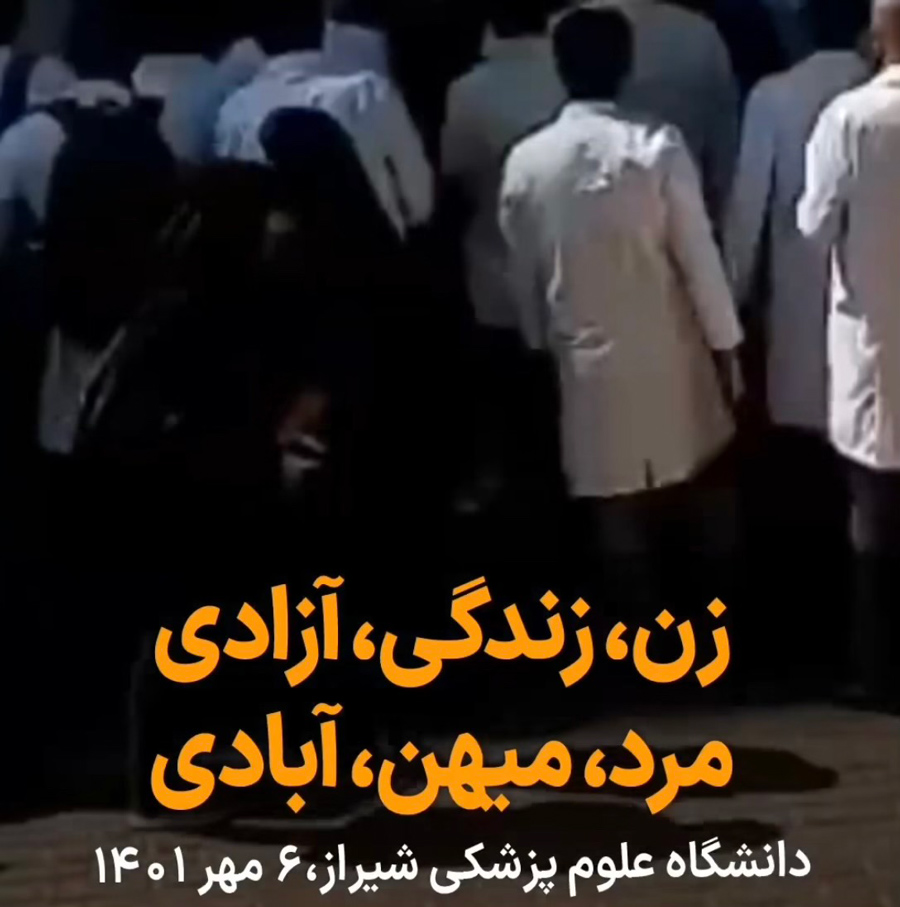 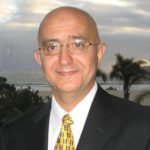 Iranians have engaged in periodic street protests of the repressive government for decades. The key distinction is that now women are leading them, said Hamid Entezam, an Iranian American lecturer in comparative religions who has studied the role of religion in the Iranian government.

Amini’s death has been the catalyst for many in Iran to speak out and demand change.

Iranian women are cutting their hair and burning hijabs publicly to protest Amini’s killing, and protesters are shouting “Death to the dictator,” referring to the cleric-run government that took power in 1979 amid shouts of “death to the shah” and “death to America.”

Like most of the Mideast, Iran’s culture is patriarchal, so the fact that women are taking leading roles is one reason why the world has been shocked by the current protests, Entezam said.

And the brutal scenes of women being publicly beaten are causing Sunni celebrities in Iran such as actors and soccer players to speak out. This, in turn, is motivating more Iranians to join the protests, Entezam told GV Wire.

“Perhaps what’s not really on the radar in the Western media is the violent crackdown of the security forces,” Entezam said. “Women are beaten savagely, in plain view, by security forces. It may be hard for most Westerners who think that Muslims, you know, they beat women.

“This is really a no-no in the Iranian culture, beating women, especially in public. When the average Iranian sees that women are beaten savagely in broad daylight, they really get upset.”

The struggle within Iran is political, not religious, and is an effort by Iranians to reclaim freedoms that have been denied by the government, says M. Amine Tais, a Fresno State assistant professor of religious studies with a focus on Islam. 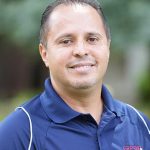 Iran’s government is Islamist, not Islamic, Tais told GV Wire. The distinction is crucial: Islamism is a movement that uses Islam as a political framework, with its followers choosing their own interpretations of the Quran to maintain power and control, he said.

The world’s major religions — Islam, Christianity, Judaism, Buddhism — have always been subject to a variety of interpretations, Tais said. “Iran sees its interpretation as the correct way, and there’s nothing unique in that,” he said.

Religions such as Islam have long been dominated by men with patriarchal perspectives, but more and more often women are defining their faith, Tais said.

He said he’s wary of those who “rush in” to defend or attack a religion, based on their political positions. Rather, there should be patience to hear the different voices and views, Tais said.

Role of Women in Iran

Does Islam and the Quran devalue women? Entezam says it does, as does the Bible.

Ancient texts reflected the cultures and mores of when they were written, and women traditionally had subservient roles in ancient times. But as societies have evolved and modernized, so too have women’s roles. Entezam notes that the Quran, written during Europe’s Middle Ages, was progressive for its times, enshrining rights for women for “inheritance, dowry, divorce, alimony, child support, even voting.”

One of the divisions among Muslims is whether the Quran is seen as a book of laws that must be followed strictly, as conservative Muslims believe, or whether it is more of a guidebook or book of inspiration, as Entezam and other reformers believe.

“We do not look at the Quran as a catalog. In our view, there is something called God-given rights for women. And there is no reason absolutely to think that the Quran is a catalog of rights,” he said.

Not in the Quran

One thing that is definitely not in the Quran is a requirement for women to wear the hijab. Islam’s holy book calls on faithful Muslim women to dress modestly. This can include covering hair and head with a headscarf, he said.

The cleric-led regime in Iran has taken it a step further by forcing all women — whether they are Muslim, Jewish, Christian, Zoroastrian, or atheist — to don the head covering in public or face consequences, Entezam said. 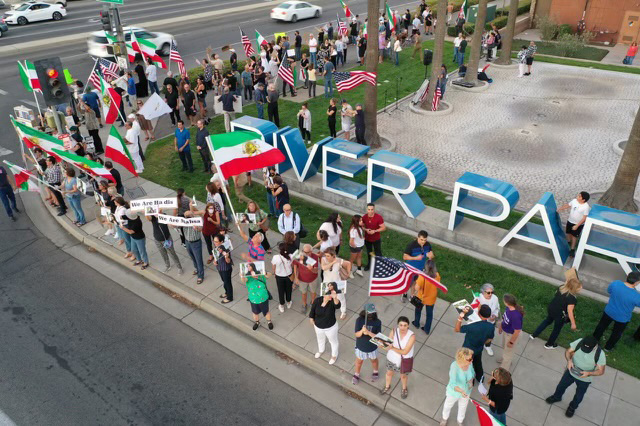 Tousinezhad, now 70, came to America a few years after the revolution in 1979 after she saw how the Iranian government was taking away freedoms. She worked as a physical therapist in Fresno and raised her family here. But she never lost hope that someday the people of Iran would rise up and demand the restoration of rights long denied.

And she thinks the Iranian people’s demands for a change in government will not be dissuaded by government crackdowns, no matter how many people may be martyred.

“People do not have a plan to leave the streets. People, they know this is the end of this government. As I said, we do not know exactly how long it’s going to take this time. … This time, people cannot go back to their life, to their previous life.”

For Entezam, the current protests have similarities to the protests that led up to the shah’s overthrow in 1979. But he said he hasn’t seen the same level of organization and leadership, the strikes and sitdowns, the refusal by police to follow orders to kill civilians, that occurred in 1979.

If the protesters can eke out concessions — such as no longer making a hijab mandatory — it could lead to other concessions that would re-establish some freedoms and rights for Iranians, he said.

The Spectre of the Revolutionary Guard

Members of the Revolutionary Guard have been gradually taking on significant roles in government and business and now are no longer subservient to the clerics who head the government, he said.

He expects they will take a leading role once Iran’s Supreme Leader Ali Khamenei, who is 83 and in failing health, dies. While they might allow some easing of restrictions, Entezam said he expects they will throw their weight behind Iranian nationalism rather than Islam: “What is certain, however, is that the Revolutionary Guard will be even more anti-democratic than the clergy.”