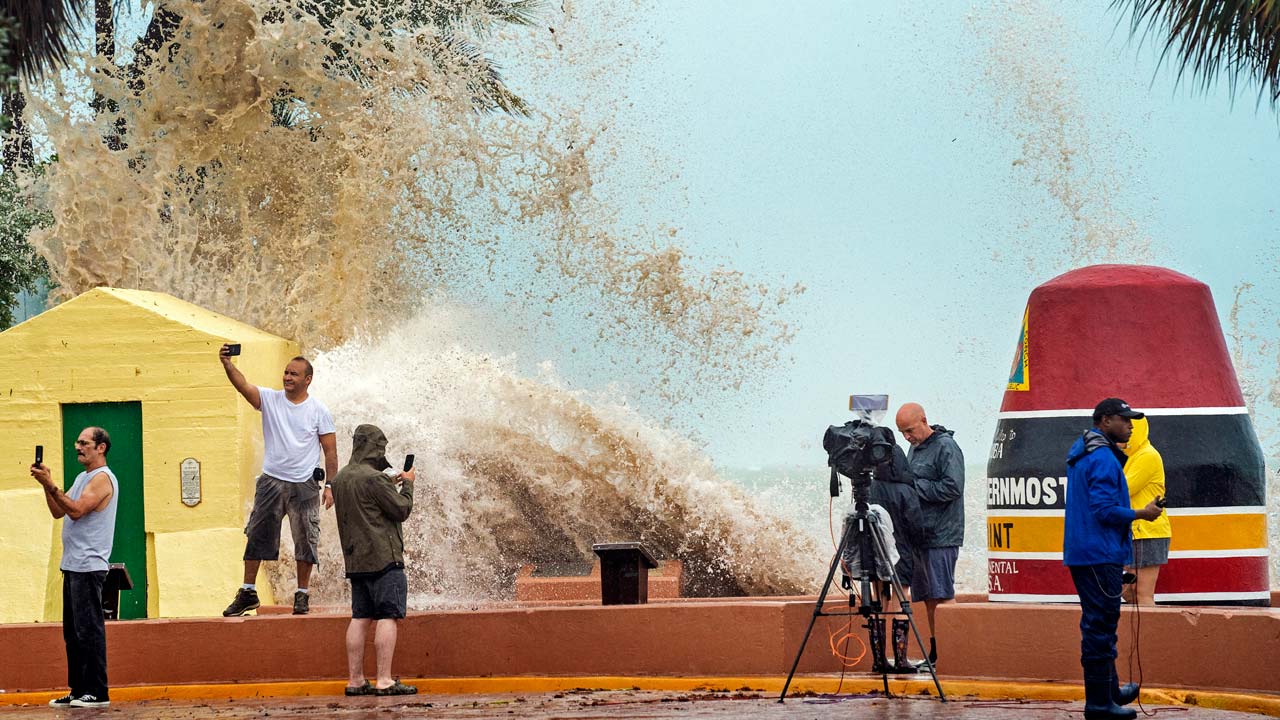 Hurricane Ian tore into western Cuba on Tuesday as a major hurricane, with nothing to stop it from intensifying into a catastrophic Category 4 storm before it crashes ashore Wednesday in Florida, where officials ordered 2.5 million people to evacuate.

With tropical storm-force winds extending 115 miles from Ian’s center, damage was expected across a wide area of Florida, regardless of where Ian makes landfall. The hurricane center expanded its storm surge warning to the peninsula’s Atlantic coast, and expanded its tropical storm warning from Boca Raton to Brunswick, Georgia — a distance of about 375 miles.

Gil Gonzalez boarded his windows with plywood Tuesday and had sandbags ready to protect his Tampa home from flooding. He and his wife had stocked up on bottled water and packed flashlights, battery packs for their cellphones and a camp stove with a large propane burner as they got ready to evacuate.

“All the prized possessions, we’ve put them upstairs in a friend’s house and nearby, and we’ve got the car loaded,” Gonzalez said. He added: “I think we’re ready.”

Florida Gov. Ron DeSantis said an estimated 2.5 million people were under evacuation orders. He urged people to prepare for power outages, and to get out of its way.

“When you have five to 10 feet of storm surge, that is not something you want to be a part of,” DeSantis said Tuesday. “And Mother Nature is a very fearsome adversary.”

The hurricane center expanded its hurricane warning to include Bonita Beach north through Tampa Bay to the Anclote River. Fort Myers is in the hurricane zone, and Tampa and St. Petersburg could get their first direct hit by a major hurricane since 1921.

“People on the barrier islands who decide not to go, they do so at their own peril,” Roger Desjarlais, county manager of Lee County, where Fort Myers is, said early Tuesday. “The best thing they can do is leave.”

The county issued mandatory evacuations for low-lying areas including Fort Myers Beach, Sanibel and Bonita Beach, where about 250,000 people live.

As the storm’s center moved into the Gulf, scenes of destruction emerged in Cuba’s world-famous tobacco belt. The owner of the premier Finca Robaina cigar producer posted photos on social media showing wood-and-thatch roofs smashed to the ground, greenhouses in rubble and wagons overturned.

“It was apocalyptic, a real disaster,” wrote Hirochi Robaina, grandson of the operation’s founder.

State media published photos showing broad floodwaters flowing through the town of San Juan y Martinez and more than 1 million Cubans were without power Tuesday morning, including all of the western provinces of Pinar del Rio and Artemisa. There were no reports of deaths.

Ian’s forward movement was expected to slow over the Gulf, enabling the hurricane to grow wider and stronger before it brings punishing wind and water to Florida’s west coast. Forecasters said the surge of ocean water could reach 10 feet if it peaks at high tide. Rainfall could total 16 inches (41 centimeters) with as much as 24 inches in isolated areas. Coastal communities could be inundated.

In Key West, the airport closed Tuesday as gusty rains from the storm added to a king tide to swamp the streets, prompting animal rescuers to delay venturing out until after Ian passes. In Orlando, Disney World closed four hotels as a precaution while holding off on any decision to shut down its theme parks. Busch Gardens in Tampa closed at least through Thursday. In Florida’s northeastern corner, the U.S. Navy said it planned to move ships and aircraft from its base outside Jacksonville.

Playing it safe, NASA was rolling its moon rocket from the launch pad to its Kennedy Space Center hangar, adding weeks of delay to the test flight. The airports in Tampa and St. Petersburg announced they’ll close Tuesday afternoon.

Damaging winds and flooding are expected across the entire peninsula as Ian moves north, reaching into Georgia, South Carolina and other parts of the southeastern U.S. between Friday and Sunday, the hurricane center said.