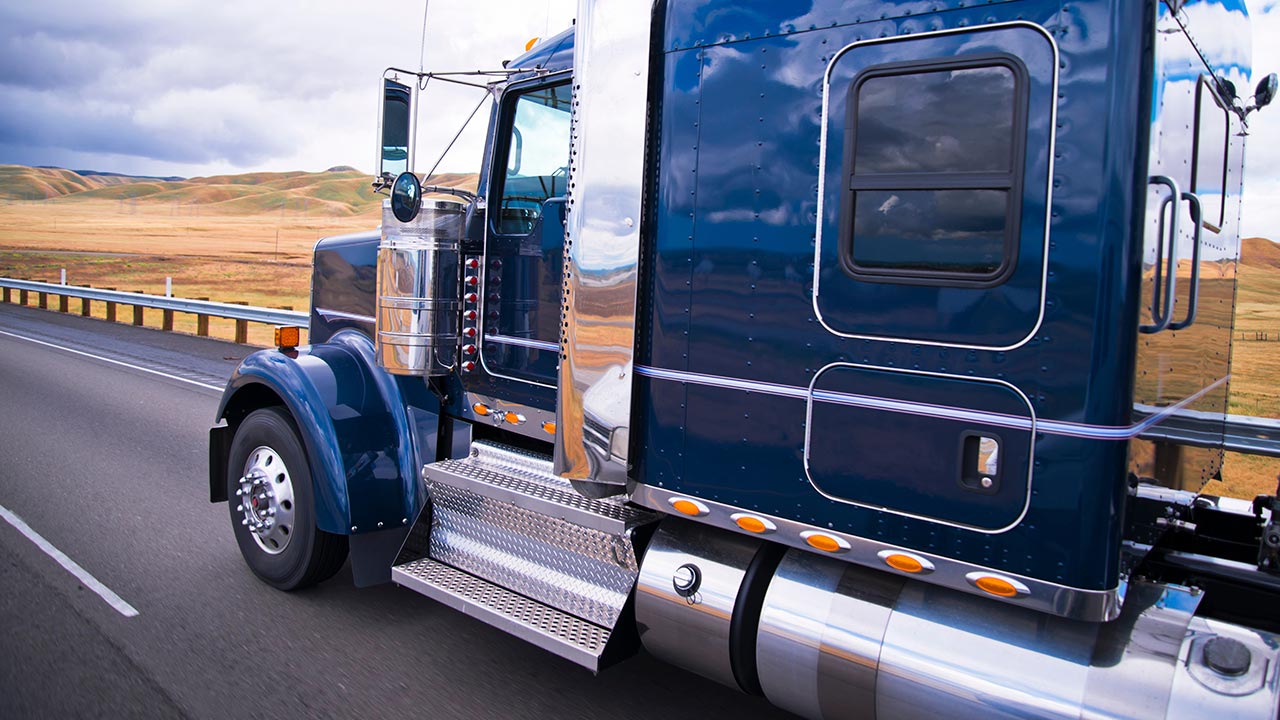 About 1.8 million heavy-duty trucks on California roads would be affected by the diesel phaseout regulation. (Shutterstock)
Share with friends

New big rigs and other trucks will have to be zero-emissions in 2040 — ending their decades-long reliance on high-polluting diesel — under a proposed regulation unveiled by the California Air Resources Board. 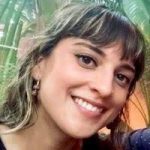 Under the proposal, manufacturers couldn’t sell new medium-duty and heavy-duty trucks fueled by diesel or gasoline that operate in California, instead turning to electric models. In addition, large trucking companies would have to gradually convert their existing fleets to zero-emission vehicles, buying more over time until all are zero emissions by 2042.

In another worldwide first, California aims to amp up its efforts to end the use of fossil fuels by setting requirements for clean-burning big rigs, garbage trucks, delivery trucks, and other large trucks. Transportation is California’s largest contributor to climate-warming greenhouse gases as well as smog and other air pollutants.

Chris Shimoda, a senior vice president at the California Trucking Association, which represents truck drivers, said zero-emission truck technology has great possibilities, but truckers worry about “the practical unknowns,” such as the high cost of the trucks, a lack of charging stations and the limited range of the vehicles.

“We’re flying blind into some pretty major questions about the practicality of actually implementing this rule,” Shimoda said.

The air board did not include cost estimates for trucking companies and truck drivers in its proposal, only saying that their upfront costs would be high but they’d save money over time.

About 1.8 million heavy-duty trucks on California’s roads would be affected by the regulation, according to the report.

The new truck mandate is “really a critical piece of the state’s climate and clean air objectives,” said Patricio Portillo, a clean transportation advocate at the Natural Resources Defense Council. “A common sight on California’s highways are trucks clogging lanes, blowing thick smoke into the sky while overheated trucks rest at the side. It’s so normal that we stop thinking about it, but that exhaust permeating the air harms our lungs and bodies.”

The air board will hold a public hearing on the proposal on Oct. 27, after a 45-day public comment period. It comes just a few weeks after the air board passed another far-reaching mandate that bans sales of gas-powered cars by 2035.

California has been ratcheting down emissions from diesel-powered trucks and buses for decades in an effort to combat the state’s severe air pollution. The new proposal builds on a clean trucks regulation passed in 2020, which gradually increases the number of zero-emission trucks that manufacturers must sell, starting in 2024.

The provisions requiring turnover of existing fleets would apply only to federal agencies and so-called “high-priority fleets,” which are owned or operated by companies with 50 or more trucks or $50 million or more in annual revenue. Included are trucks weighing 10,001 pounds or more and package delivery vehicles of 8,500 lbs or more, including U.S. Postal Service, FedEx, UPS and Amazon fleets.

Companies Get to Choose Their Path to Compliance

These large companies and federal agencies would have a choice on how to comply: They could purchase only zero-emission vehicles beginning in 2024 while retiring diesel trucks at the end of their useful life. Or they could phase-in zero-emission trucks as a percentage of their total fleet, starting with 10% of delivery trucks and other types that are the easiest to electrify in 2025, then ramping up to 100% between 2035 and 2042.

The requirements for converting fleets would not apply to smaller companies, unless they were using a larger company’s trucks. They could keep their trucks as long as they want under the proposal, although their new purchases would have to be zero-emission by 2040, according to Tony Brasil, chief of the air board’s transportation and technology branch.

“We also believe that some of the market dynamics will probably encourage fleets to replace their trucks earlier,” Brasil said. “As new zero emission trucks become available, the cost of operation is considerably lower.”

Government Must Comply, Too

Working toward the 2040 ban on new diesel and gas trucks, the proposal has other deadlines for phasing in new sales, varying based on the type of truck.

Drayage trucks — used largely to transport cargo from ports and railways — would have the strictest timeline. New models would be zero-emission in 2024, while diesel and gas drayage trucks must retire after 18 years to guarantee that they meet a zero-emission requirement by 2035.

In addition, half of all new trucks purchased by state and local governments would be zero-emission in 2024, increasing to 100% by 2027. Some exemptions are allowed, if there is a lack of available models. Counties with small populations, including Inyo, Butte, Mendocino, and Tuolumne, would be exempt until 2027.

The new rule banning sale of diesel vehicles would not apply to emergency vehicles, such as ambulances.

Some manufacturers have already announced plans to ramp up sales of electric truck fleets. Tesla plans to roll out electric semi trucks with 500 miles of range later this year, while Volvo Trucks and Nikola Inc. have launched electric big-rigs and other models with ranges of up to 350 miles. Volvo Trucks this year set a global goal that half of its truck sales would be electric by 2030.

“We are determined to lead the transformation of the transport industry,” Roger Alm, president of Volvo Trucks, said in a statement. “The interest among customers is high and it’s quickly becoming a competitive advantage for transporters to be able to offer electric, sustainable transports.” 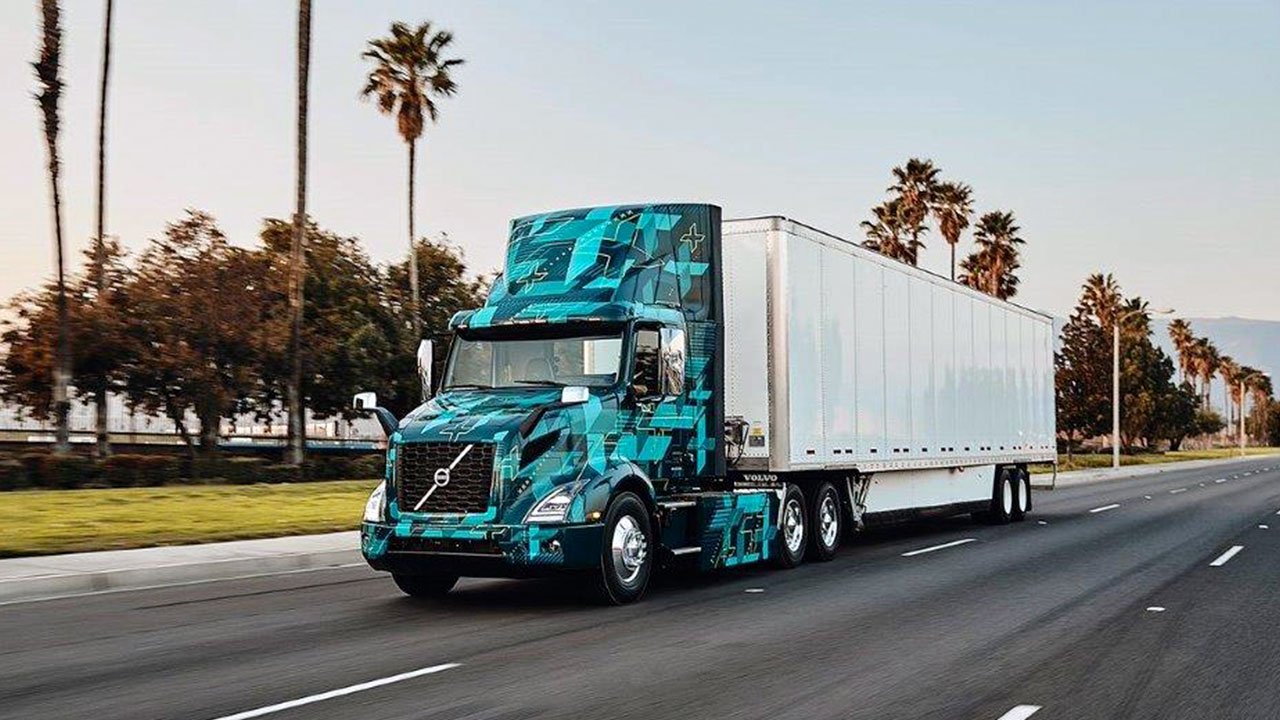 But challenges with the transition remain.

Many electric heavy-duty trucks currently on the market still lack the range needed to transport cargo statewide and across state lines. Some vehicles like drayage trucks are better suited for electrification because those vehicles may not need as long of a vehicle range, said Shimoda of the California Trucking Association. But for long-haulers, the mandate could pose serious problems, he said.

Long-haul diesel trucks can operate up to 1,000 miles before needing to refill the tank, which takes 10 to 15 minutes to fill up. But electric models have to be charged often because they have “significantly shorter range” and they take hours to charge.

“The charging infrastructure that is necessary to support these trucks is basically non-existent today. Even the fastest available chargers right now are going to take three to four hours to charge up to a full state,” said Shimoda, who represents California truckers.

Todd Spencer, president and CEO of the Owner-Operator Independent Drivers Association, said charging times of more than two hours could “cause total disruption” of the industry.

“Neither the technology nor the interstate infrastructure will be available in the foreseeable future to support a zero-emission requirement for long-haul interstate trucks,” he said.

Some new technology, however, has already surfaced that dramatically cuts the charging time. The newest model of the Volvo eVNR tractor-trailer can recharge to 80% in just 90 minutes.

The mandate also would increase demand on the state’s already-fragile electric grid.

“These charging stations are going to be a huge, huge power draw,” Shimoda said. “To put into context, the Levi’s Stadium in Santa Clara on a game day uses around 300 to 350 kilowatts of power. A charging station needed for a big rig is going to be like 30 times larger.”

Stanley Young, an Air Resources Board spokesperson, said many concerns over the charging infrastructure are already being addressed under the buildout of the grid outlined in the state’s proposed scoping plan, its climate change blueprint.

Though new model prices are high, electric trucks would need much lower maintenance costs over time compared to fossil-fueled engines and would save money to recharge with electricity than diesel.

Shane Levy of Proterra, an electric vehicle technology company, said the company has rapidly scaled up its battery technology in recent years. It is currently working with more than a dozen manufacturers to electrify medium- and heavy-duty trucks and has delivered battery systems for more than a thousand commercial vehicles.

He said the new rule could accelerate the market.

“Commercial vehicles are ripe for electrification – benefiting not only how we move people around cities and towns, but also how we provide goods and services to the communities we live in,” he added.

Some state and federal subsidy programs could also help provide relief to companies and truck drivers.

Although the board provided no cost data, staff said the long-term economic net benefits are expected to save companies about $22 billion over the life of the regulation and will save more than 5,000 California lives between 2024 and 2050, according to air board staff’s estimates.

Environmental groups say the deadlines should be accelerated by four years, from 2040 to 2036 for all sales of new zero-emission trucks.

Portillo, of the Natural Resources Defense Council, said speeding up the transition would have health benefits for low-income, disadvantaged communities that live near highways, railyards and ports, where trucks spew toxic diesel exhaust and smog-forming pollutants.

Diesel exhaust is one of the most harmful pollutants that threaten Californians’ health, containing more than 40 carcinogens as well as particles that contribute to cardiovascular and respiratory disease.

Nadia Lopez covers environmental policy issues. Before joining CalMatters she covered Latino communities in the San Joaquin Valley for The Fresno Bee and reported from city hall for San José Spotlight. She’s a native of Chula Vista and a graduate of San Francisco State University.