Bezos Rocket Crashes With No One on Board 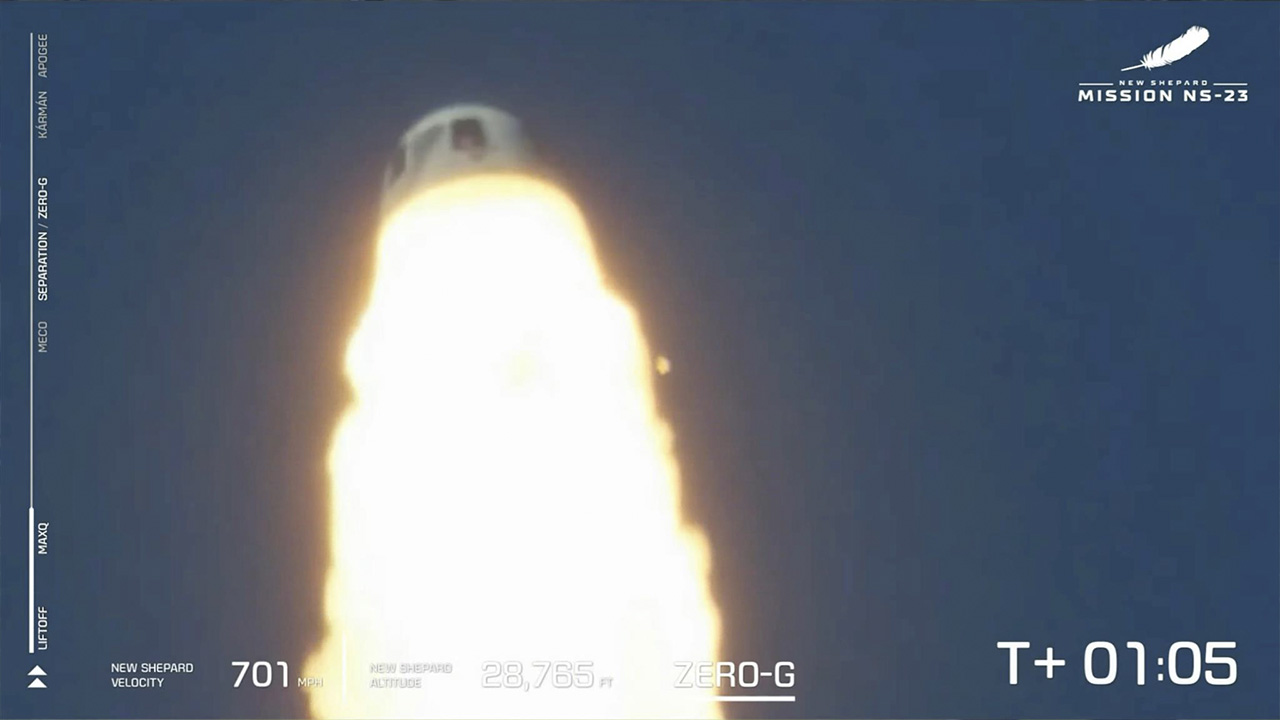 CAPE CANAVERAL, Fla. — A rocket crashed back to Earth shortly after liftoff Monday in the first launch accident for Jeff Bezos’ space travel company, but the capsule carrying experiments managed to parachute to safety.

No one was aboard the Blue Origin flight, which used the same kind of rocket as the one that sends paying customers to the edge of space. The rockets are now grounded pending the outcome of an investigation, the Federal Aviation Administration said.

The New Shepard rocket was barely a minute into its flight from West Texas when bright yellow flames shot out from around the single engine at the bottom. The capsule’s emergency launch abort system immediately kicked in, lifting the craft off the top. Several minutes later, the capsule parachuted onto the remote desert floor.

The rocket came crashing down, with no injuries or damage reported, said the FAA, which is in charge of public safety during commercial space launches and landings.

The mishap occurred as the rocket was traveling nearly 700 mph at an altitude of about 28,000 feet. There was no video shown of the rocket — only the capsule — after the failure. It happened around the point the rocket is under the maximum amount of pressure, called max-q.

The rocket usually lands upright on the desert floor and then is recycled for future flights.

The webcast showed the capsule reaching a maximum altitude of more than 37,000 feet. Thirty-six experiments were on board to be exposed to a few minutes of weightlessness. Half were sponsored by NASA, mostly from students.

It was the 23rd flight for the New Shepard program, named after the first American in space, Mercury astronaut Alan Shepard. It was the ninth flight for this particular rocket-capsule pair, which was dedicated to flying experiments.

The rocket should have launched nearly two weeks ago but was grounded until Monday by bad weather.

The Energy Is Back at Fresno State Tailgates