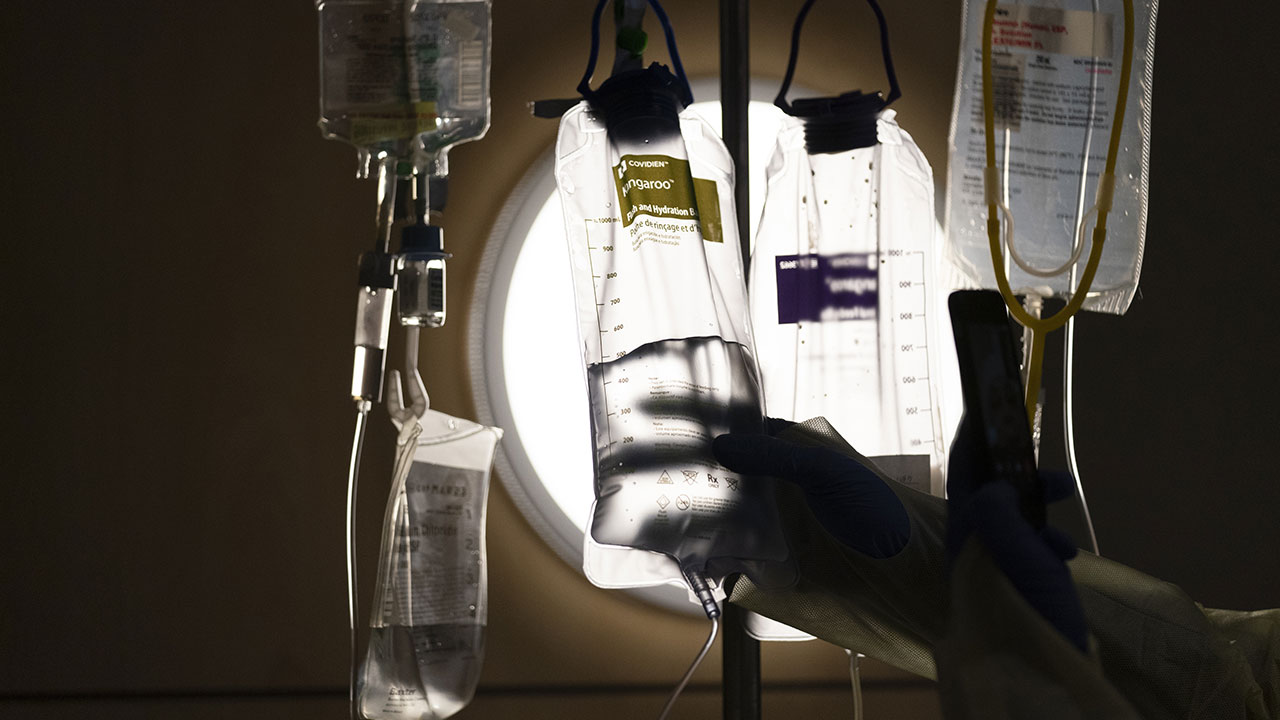 WASHINGTON — When Emmanuel Obeng-Dankwa is worried about making rent on his New York City apartment, he sometimes holds off on filling his blood pressure medication.

“If there’s no money, I prefer to skip the medication to being homeless,” said Obeng-Dankwa, a 58-year-old security guard.

He is among a majority of adults in the U.S. who say that healthcare is not handled well in the country, according to a new poll from The Associated Press-NORC Center for Public Affairs Research.

The poll reveals that public satisfaction with the U.S. healthcare system is remarkably low, with fewer than half of Americans saying it is generally handled well. Only 12% say it is handled extremely or very well. Americans have similar views about health care for older adults.

Overall, the public gives even lower marks for how prescription drug costs, the quality of care at nursing homes and mental healthcare are being handled, with just 6% or less saying those health services are done very well in the country.

80% of Americans Worry About Getting Quality Healthcare

“Navigating the American healthcare system is exceedingly frustrating,” said A. Mark Fendrick, the director of the University of Michigan Center for Value-Based Insurance Design. “The COVID pandemic has only made it worse.”

More than two years after the pandemic’s start, healthcare worker burnout and staffing shortages are plaguing hospitals around the country. And Americans are still having trouble getting in-person medical care after health centers introduced restrictions as COVID-19 killed and sickened millions of people around the country, Fendrick said.

In fact, the poll shows an overwhelming majority of Americans, nearly 8 in 10, say they are at least moderately concerned about getting access to quality healthcare when they need it.

Black and Hispanic adults in particular are resoundingly worried about healthcare access, with nearly 6 in 10 saying they are very or extremely concerned about getting good care. Fewer than half of white adults, 44%, expressed the same level of worry.

Fifty-three percent of women said they are extremely or very concerned about obtaining quality care, compared to 42% of men.

While Americans are united in their dissatisfaction with the healthcare system, that agreement dissolves when it comes to solutions to fix it.

About two-thirds of adults think it is the federal government’s responsibility to make sure all Americans have health care coverage, with adults ages 18 to 49 more likely than those over 50 to hold that view. The percentage of people who believe health care coverage is a government responsibility has risen in recent years, ticking up from 57% in 2019 and 62% in 2017.

Still, there’s not consensus on how that coverage might be delivered.

Americans Don’t Agree on How to Fix the Problems

There also is broad support for policies that would help Americans pay for the costs of long-term care, including a government-administered insurance plan similar to Medicare, the federal government’s health insurance for people 65 or older.

Retired nurse Pennie Wright, of Camden, Tennessee, doesn’t like the idea of a government-run healthcare system.

After switching to Medicare this year, she was surprised to walk out of her annual well-woman visit, once fully covered by her private insurance plan, with $200 worth of charges for a mammogram and a pap smear.

She prefers the flexibility she had on her private insurance plan.

“I feel like we have the best healthcare system in the world, we have a choice of where we want to go,” Wright said.

A majority of Americans, roughly two-thirds, were happy to see the government step in to provide free COVID-19 testing, vaccines, and treatment. Roughly 2 in 10 were neutral about the government’s response.

The government’s funding for free COVID-19 tests dried up at the beginning of the month. And while the White House says the latest batch of recommended COVID-19 boosters will be free to anyone who wants one, it doesn’t have money on hand to buy any future rounds of booster shots for every American.

Eighty percent say they support the federal government negotiating for lower drug prices. President Joe Biden this summer signed a landmark bill into law allowing Medicare to negotiate the price of prescription drugs. The move is expected to save taxpayers as much as $100 billion over the next decade.

“Medication costs should be low, to the minimum so that everyone can afford it,” said Obeng-Dankwa, the Bronx renter who has trouble paying for his medication. “Those who are poor should be able to get all the necessary health they need, in the same way someone who also has the money to pay for it.”

The poll of 1,505 adults was conducted July 28-Aug. 1 using a sample drawn from NORC’s probability-based AmeriSpeak Panel, which is designed to be representative of the U.S. population. The margin of sampling error for all respondents is plus or minus 3.6 percentage points.