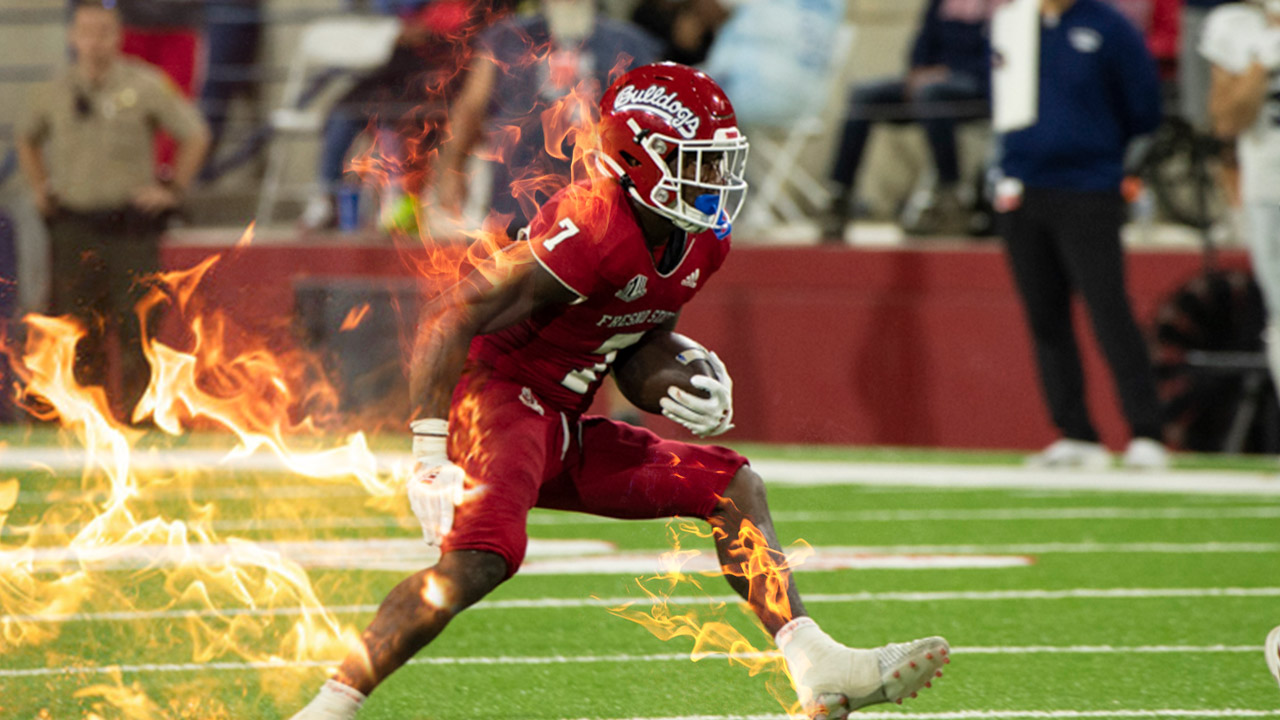 With the temperature at 102 degrees at kickoff for the football season opener, the Bulldogs capitalized on their acclimation to the Valley’s torrid temperatures with a fast start against their coastal rivals.

Senior tailback Jordan Mims sandwiched a pair of 1-yard TD runs around a 13-yard scoring run by Nikko Remigio to put the Bulldogs up 21-0 in the first quarter.

Related Story: Why This Is the Most Important Football Season in Fresno State History

Mims finished with 76 yards on 15 carries. He added a 19-yard TD catch in the third quarter. Haener’s other scoring toss went to Raymond Pauwels and covered 8 yards in the fourth period. Remigio, a senior transfer from Cal, had nine catches for 100 yards.

Cal Poly freshman Jaden Jones completed 20 of 38 throws for 211 yards with a 9-yard TD toss to Bryson Allen for the Mustangs’ only score.

The Mustangs had 17 first downs and totaled 317 yards of offense, but had trouble capitalizing in the red zone.

Fresno State’s balanced offense totaled 549 yards and had the ball for nearly 34 minutes compared to 26 minutes for Cal Poly.

In San Jose, Chevan Cordeiro threw a touchdown pass and ran for two scores, the second with 1:11 left in the game, and San Jose State rallied to beat Portland State 21-17 in a season opener on Thursday night.

Dante Chachere capped a 99-yard fourth-quarter drive with a 12-yard TD pass to Beau Kelly to give Portland State a 17-14 lead with 9:57 remaining. The drive lasted 15 plays and took 7:31 off the clock.