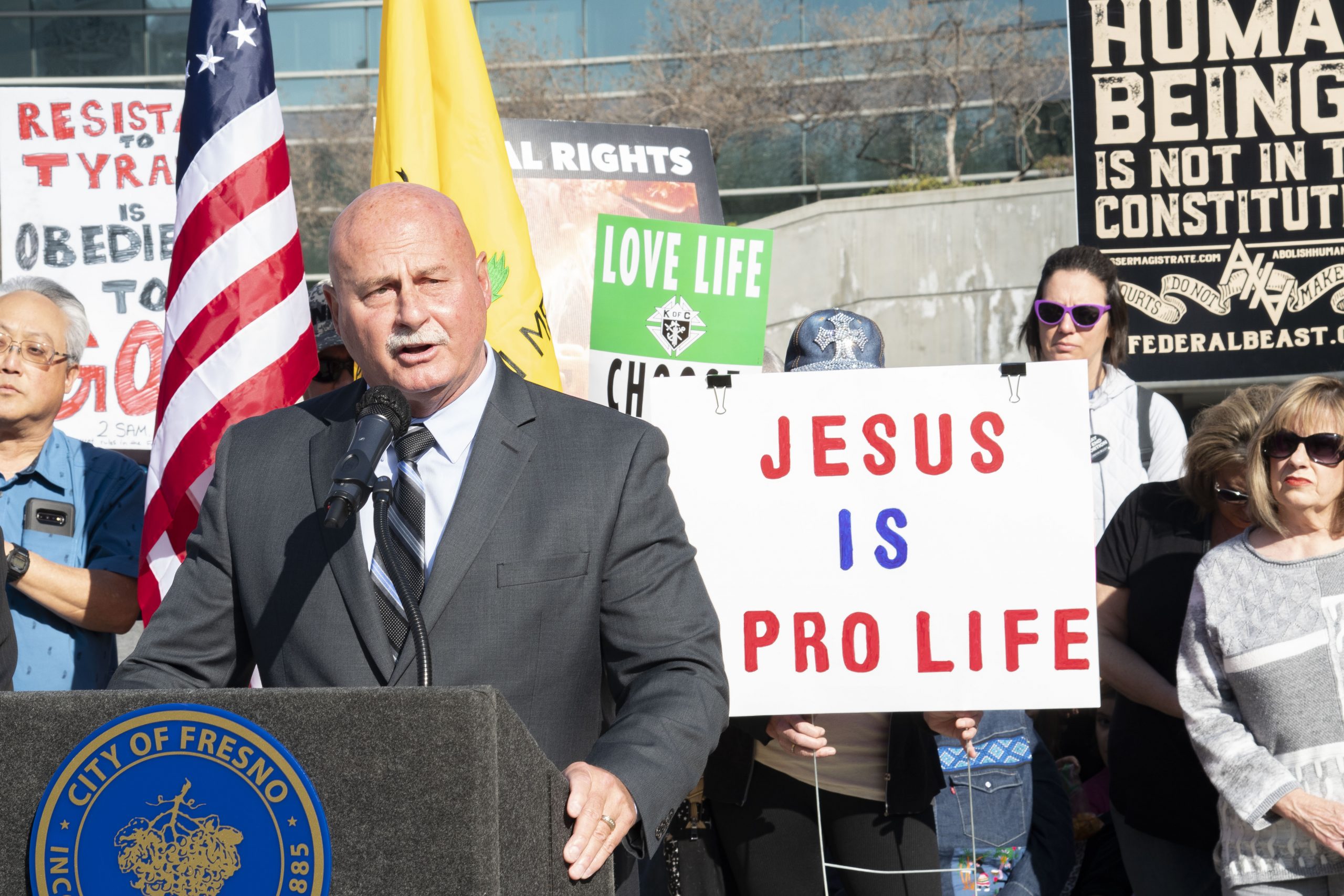 Fresno Mayor Jerry Dyer followed through with his threat of a veto to deny Planned Parenthood $1 million of state funding approved by the City Council.

The council is scheduled to vote on overriding the veto at its meeting on Thursday. It takes five votes, which the council appears to have.

The initial vote on Aug. 18 for state pass-through funding for Planned Parenthood, $7 million Arte Americas and $1.5 million Neighborhood Industries, was 5-1. None of the five affirmative votes will seemingly waver, based on councilmember comments at the time.

In his Aug. 25 veto message, Dyer wrote he wanted another agency to administer state funds to Planned Parenthood.

“It is disappointing that the mayor chose to place his religious views above our city’s public health interests,” he said in an email statement.

The Fresno City Council will meet in a special session Wednesday at 9 a.m. It is a single-item agenda — to approve an extension with Noyan Frazier, L.P. to develop the South Stadium project.

The same item was on the Aug. 18 agenda, but only received four votes to pass when it needed five. Since then, businessman Terance Frazier said he will divest from the project.

His presence dissuaded Councilman Garry Bredefeld from going along with the extension.

However, in the resolution to be decided Wednesday, there is no mention of Frazier’s leaving. If the city council does not grant more time to the project, several million in state funds may expire.

Related Story: Delayed for 13 Years, Downtown Project Likely to Get Another Extension

“Was forgiving this loan a burden on the middle class too?” the tweet asks.

Garry Bredefeld is a retired psychologist from Fresno; Mitchell Bredefeld, Garry’s brother, is an accountant in Malibu, the recipient of the PPP loans. Garry has no ownership in his brother’s firm.

Neither Garry Bredefeld nor the Young Democrats responded for a comment. 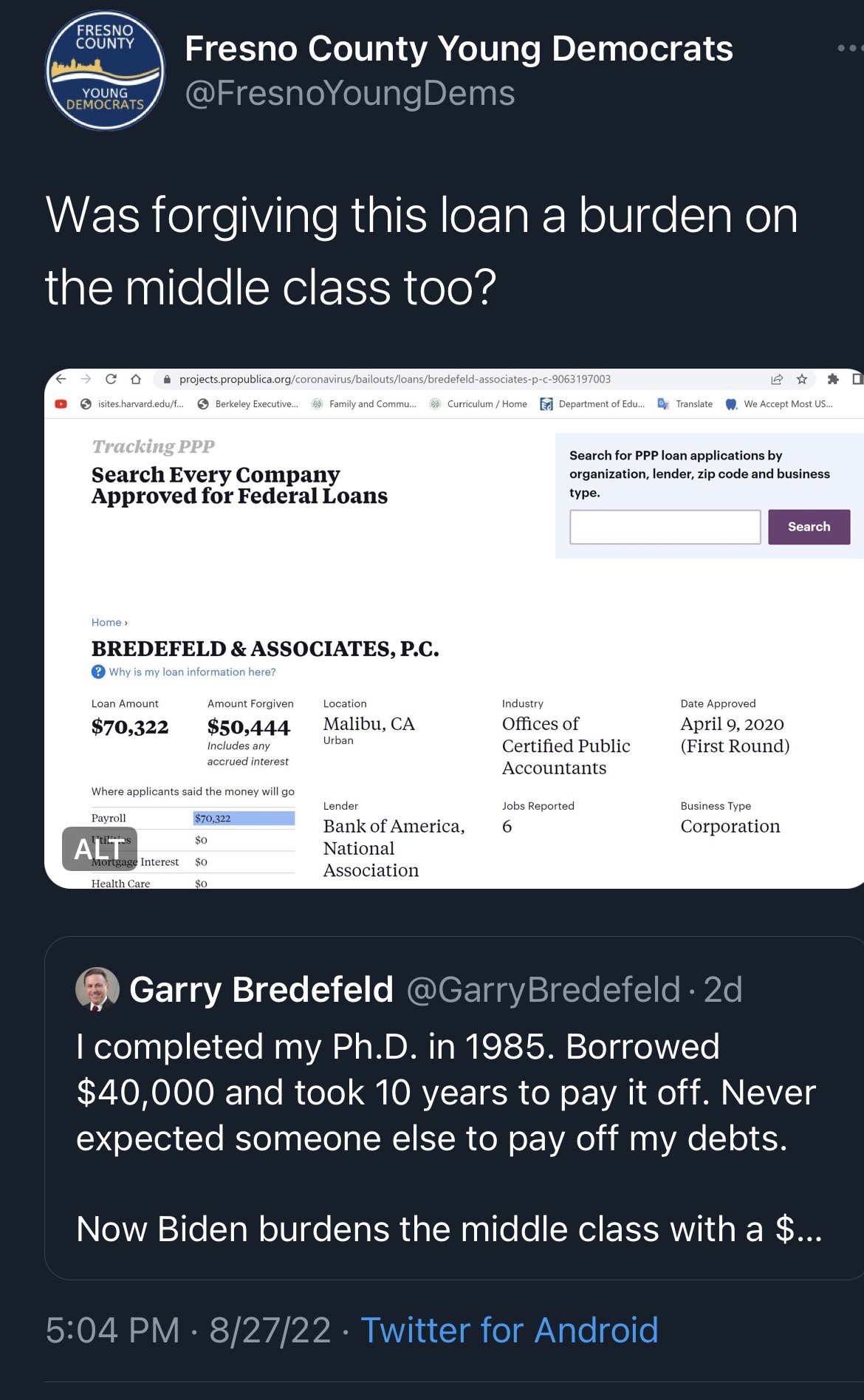 No on Measure C 2022 filed its statement of organization with the Fresno County Clerk. The principal behind the organization is Sandra Celedon, head of social justice group Fresno Building Healthy Communities.

Celedon was outspoken against placing the renewal on the November ballot.

Casto started her career as a cadet in 1996 with Fresno PD and has worked her way up in rank, from officer to sergeant, to lieutenant, to captain, and now deputy chief.

Reid accepted a new position as police chief of Fowler.

The Fresno City Council will honor both Casto and Reid with days in their honor, at Thursday’s city council meeting. 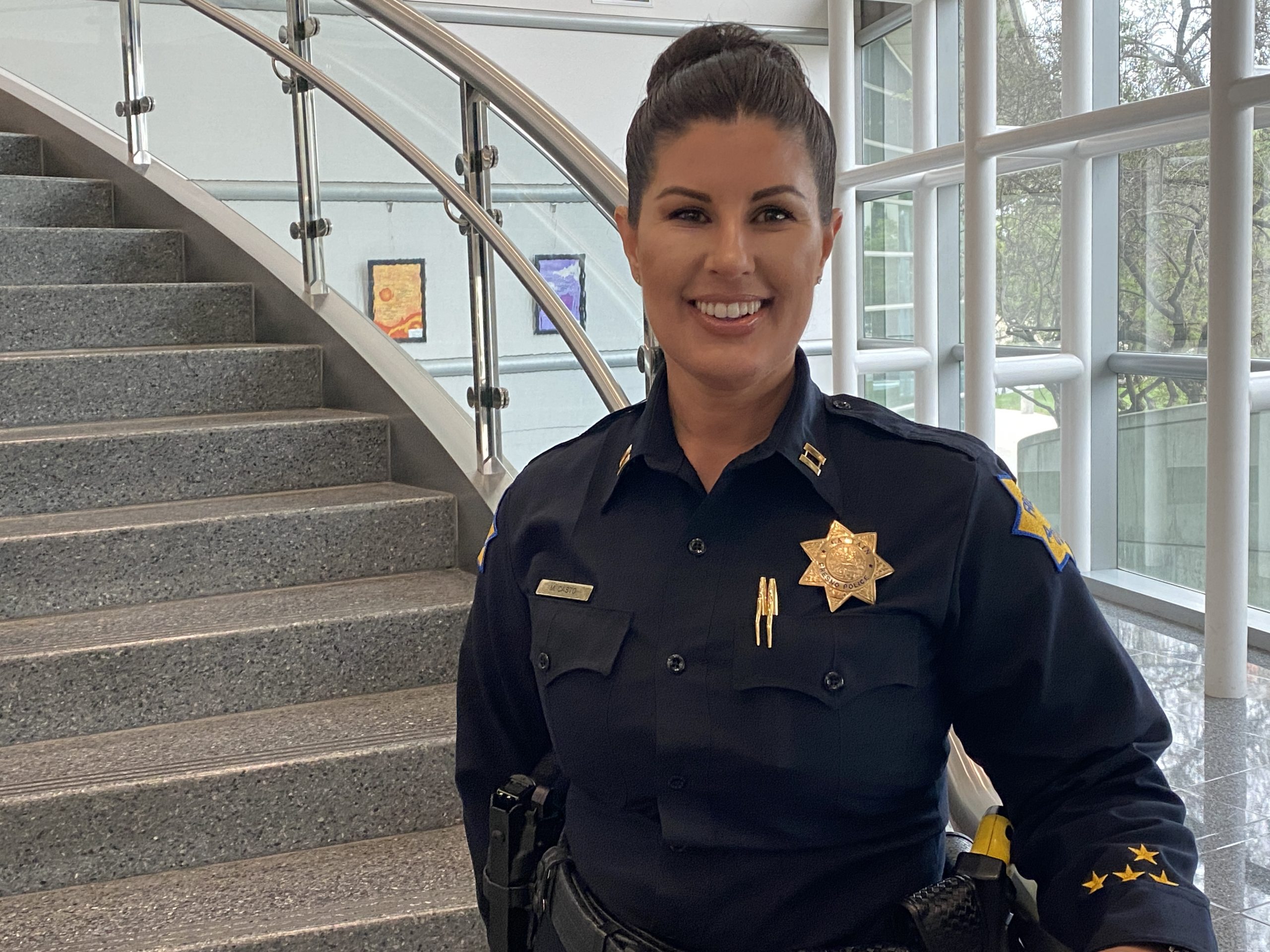