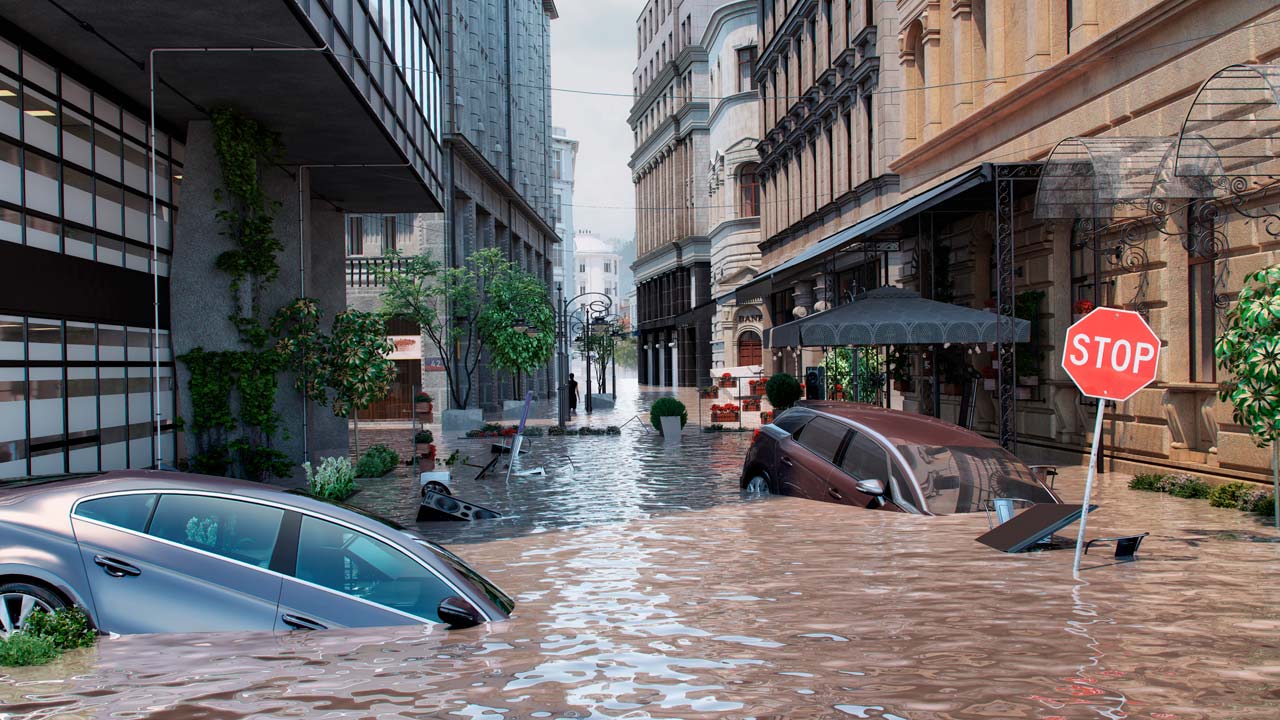 California is at ever-increasing risk of a disastrous chain of storms that would be devastating, says Dan Walters. (Shutterstock)
Share with friends

California had been a state for scarcely a decade and was home to fewer than 500,000 people when it was hammered in the winter of 1861-62 by the most powerful series of rainstorms in recorded history.

“This event, which was characterized by weeks-long sequences of winter storms, produced widespread catastrophic flooding across virtually all of California’s lowlands — transforming the interior Sacramento and San Joaquin valleys into a temporary but vast inland sea nearly 300 miles in length and inundating much of the now densely populated coastal plain in present-day Los Angeles and Orange counties.”

That description comes from a new study suggesting that due to climate change California is at ever-increasing risk of another disastrous chain of storms, one that would be devastating, both in human and economic terms, in a state with nearly 40 million residents.

“We find that climate change has already increased the risk of a (1862) megaflood scenario in California, but that future climate warming will likely bring about even sharper risk increases,” the study warns.

Building on previous studies about the likelihood that California could experience a series of storms similar to the 1861-62 event, researchers Xingying Huang and Daniel Swain say such an event “would likely produce widespread, catastrophic flooding and subsequently lead to the displacement of millions of people, the long-term closure of critical transportation corridors and ultimately to nearly $1 trillion in overall economic losses.”

Huang is a scientist at the National Center for Atmospheric Research and Swain is a UCLA climate scientist.

Although a megaflood could hit many regions of the state, the 300-mile-long Central Valley is at greatest risk because of its geography. It is in essence an elongated bowl into which, in normal times, water flows benevolently from melting snow in the Sierra. Water that’s not consumed in the valley eventually flows into the Pacific Ocean via San Francisco Bay.

We’ve had instances in the past when the valley’s drainage system was overwhelmed by heavy runoff, the worst occurring when warm tropical storms suddenly melted the snowpack. Just a few years ago, the nation’s highest dam, Oroville, nearly collapsed when it received more runoff than it could handle.

After killer hurricane Katrina devastated New Orleans, the federal government declared that the Sacramento area was the nation’s most vulnerable region for heavy flooding. During the 1861-62 megaflood, railroad magnate Leland Stanford had to be carried to the partially constructed Capitol in a rowboat for his inauguration as governor. The city was so devastated that state government was temporarily shifted to San Francisco.

So there it is. Add megaflood to earthquakes and wildfires on the list of existential threats to California and its millions of residents. What can we do to minimize the danger?

Slowly, federal, state and local governments have been bolstering levees in areas with the highest risks, although officials in Stockton have complained that they have gotten a disproportionately low share of flood control spending. However, even the projects underway are being engineered for floods of lesser intensity than the megaflood outlined in the new study.

The study authors suggest that not only more money is needed for flood control but that California should give the creation of flood plains more priority. Sacramento already depends on two dedicated flood plains, called “bypasses,” to prevent heavy flows from overwhelming river levees.

California should also rethink how its residents are insured against catastrophes. Perhaps we could create a statewide umbrella policy to provide basic flood, earthquake and fire protection, financed by property-related fees, that individuals could supplement.

The worst response would be to do nothing.