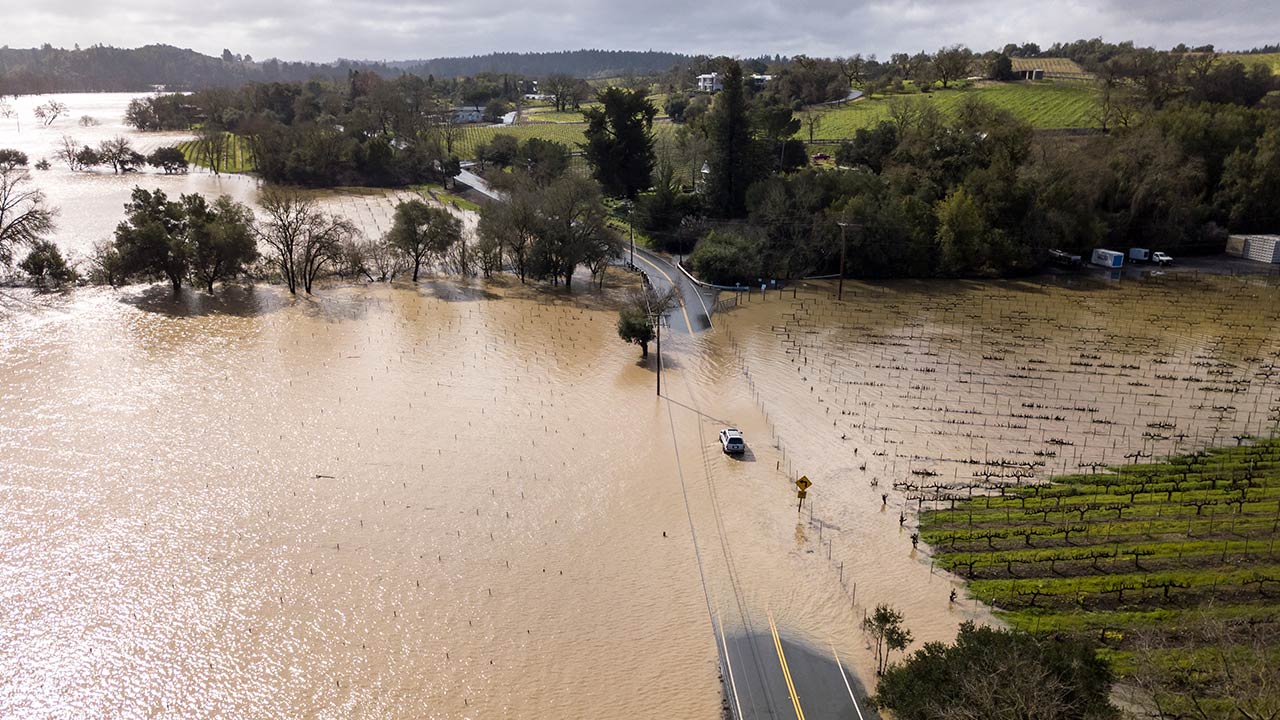 Climate change is making California more prone to mega-floods that could cause as much as $1 trillion in economic damages. (Shutterstock)
Share with friends

Climate change is making California more prone to mega-floods that could cause $1 trillion in economic damage and turn the Central Valley, at least temporarily, into an inland sea.

That’s the takeaway from a new study published by Science Advances, which finds that climate change has doubled the chances of a mega-flood in the Golden State over the next four decades.

“We further find that runoff in the future extreme storm scenario is 200 to 400% greater than historical values in the Sierra Nevada because of increased precipitation rates and decreased snow fraction,” the researchers write. “These findings have direct implications for flood and emergency management, as well as broader implications for hazard mitigation and climate adaptation activities.”

This research comes with California and other western states gripped by an ongoing drought that is forcing big recalculations about water use.

History provides an example of widespread flooding triggered by atmospheric-river-fueled storms in California. In 1861-62, storms turned the Central Valley into an inland sea, forcing the state Legislature to move from Sacramento to San Francisco.

California has fortified itself against flooding since then with dams, levees, and bypasses. But it is now a state of more than 39 million people — many of whom would lose their homes and businesses in a flood that inundates California from one end to the other.

In addition, the Central Valley produces a quarter of the nation’s food supply, according to the U.S. Geological Survey, signaling a rise in food prices should such a flood occur.

If the losses from a mega-flood totaled $1 trillion, that would be more than five times the cost of Hurricane Katrina, the current costliest disaster in US history.

Read more at this CNN link.

Fed Up Americans Drive Gas Price Below $4, but It’s Still Above $5 in CA