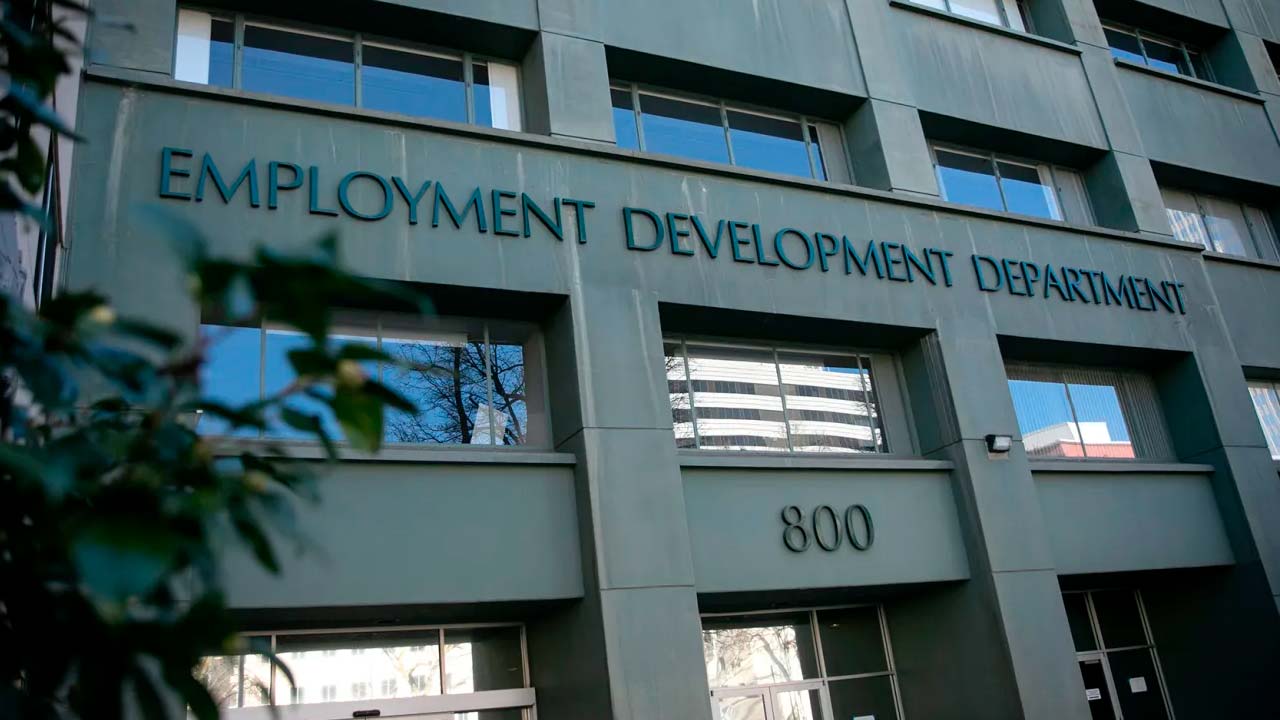 The offices of the Employment Development Department in Sacramento. (Calmatters File/Miguel Gutierrez Jr.)
Share with friends

When Gov. Gavin Newsom shut down much of the state’s economy 2 1/2 years ago to slow the spread of COVID-19, more than 2 million workers suddenly lost their jobs.

Logic and compassion should have made easing the economic blow to those workers and their families a top priority.

Unfortunately, however, it fell to the Employment Development Department, which had already demonstrated incompetence in a previous recession, to handle the tsunami of claims for unemployment insurance benefits — and the predictable result was a total meltdown that deprived desperate workers of much-needed cash.

While countless claims for state benefits were delayed, sometimes for months, or erroneously denied, EDD’s staff approved many fraudulent claims for special federal benefits, resulting in more than $18 billion being paid to fraudsters, including some inmates in state prisons.

Legitimate payments, when made, quickly exhausted the Unemployment Insurance Fund and the state was compelled to borrow more than $20 billion from the federal government to maintain benefits, a debt that will take many years to repay.

EDD’s massive managerial disaster could, and should, have been prevented had the state’s politicians not ignored numerous indications that EDD and the unemployment insurance (UI) program were train wrecks waiting to happen.

On Monday, the Legislature’s budget analyst, Gabe Petek, issued a detailed and sharply worded report on how EDD failed and what should be done to avoid a repeat.

“These failures trace back to the (unemployment insurance) program’s basic design, which has encouraged EDD to adopt policies and practices that make it unreasonably difficult for eligible workers to get benefits,” Petek told the Legislature. “Although these problems are not new, the pandemic has highlighted the need for the state to rebalance the UI program in ways that make getting benefits to eligible workers a top priority.”

Petek’s report also castigates EDD for concealing the extent of the unemployment insurance backlog by adopting a “narrow interpretation” of a state law requiring the agency to report data to the Legislature.

As a result, Petek said, “the Legislature was unaware of the widespread reliance on procedural denials at a time when the department could not process incoming mail and phone calls. Had getting payments to eligible workers been a top priority, the department could have reported the full scope of claims that were found ineligible — instead of the narrowest scope — to bring the issue to the Legislature’s attention and begin work toward a solution.”

It was, in brief, incompetence compounded by coverup. One wonders whether anyone in the bureaucracy will be punished for concealing the facts.

The report lists ways in which the application process could be streamlined, eliminating duplication and making it much easier for legitimate claims to be approved and benefits to be paid. It also hints that something must be done about the deplorable condition of the Unemployment Insurance Fund, which is financed by payroll taxes on employers.

California is one of only a few states that tax the minimum amount of a worker’s earnings, $7,000 a year, under federal law. A decades-long stalemate between employers and unions over taxes and benefits left the insurance fund incapable of absorbing even a mild recession, much less the COVID-19 shutdown, forcing the state to borrow from the feds.

Petek’s report challenges Newsom and the Legislature to make certain that the EDD disaster doesn’t happen again. That would require procedural overhauls and technological upgrades, but also doing something about the Unemployment Insurance Fund. It’s shameful that the richest state in the nation borrowed billions from Washington to pay benefits to workers who were unemployed because of a state emergency decree.