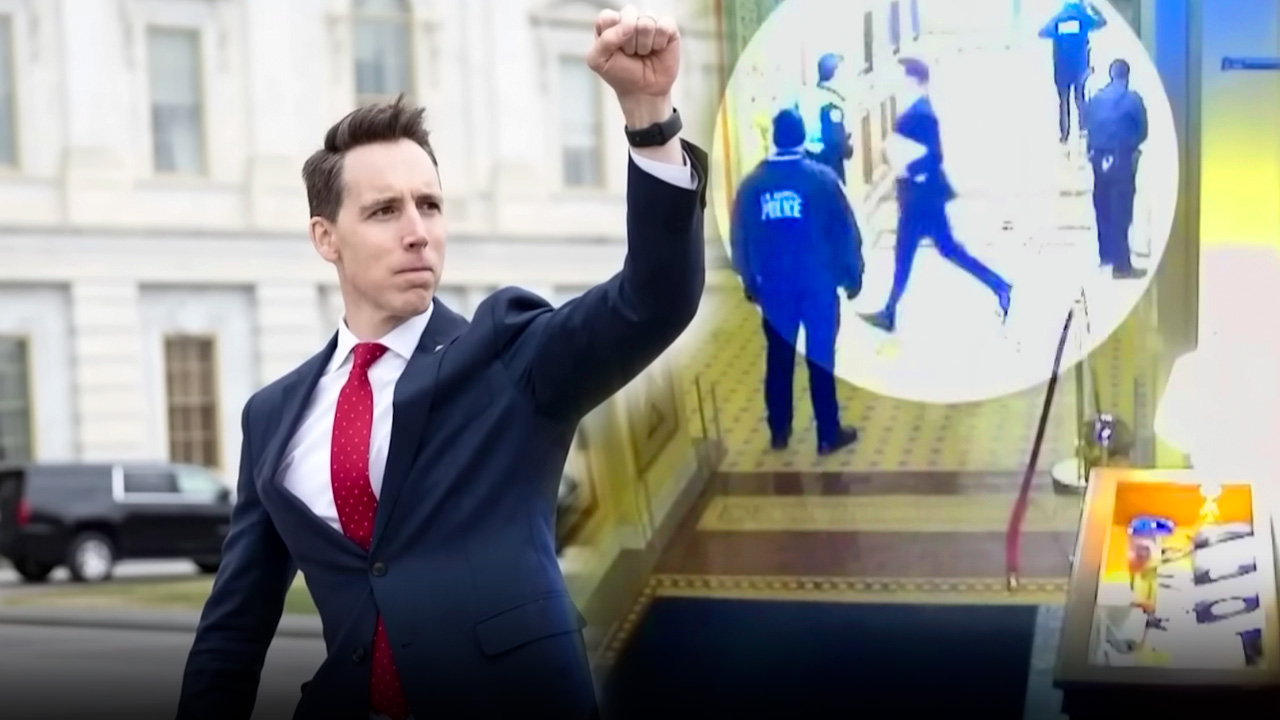 Wanna-be tough guy Sen. Josh Hawley, a far-right Missouri Republican, became the joke of the nation on Thursday night and he’s not likely to relinquish the crown anytime soon.

During a House hearing on the Jan. 6 Capital Riot, Rep. Elaine Luria (D-Va.) showed how Hawley ran from the violent mob after raising his fist in solidarity with the Biden election deniers earlier in the day.

“We spoke with a Capitol Police officer who was out there at the time,” Luria said. “She told us that Senator Hawley’s gesture riled up the crowd. And it bothered her greatly because he was doing it in a safe space protected by the officers and the barriers.

“Later that day, Senator Hawley fled after those protesters he helped to rile up stormed the Capitol. See for yourself.”

As a slow-motion clip of Hawley’s escape was played, audience members broke out in laughter.

Afterward, on CNN, former DC police officer Michael Fanone said, “I thought he ran like a coward. Like many people in Trump World, he performs when he’s in front of a camera, and he acts very differently when he’s not.”

Unlike Hawley, Fanone’s job didn’t allow him to run from the rioters. He was knocked unconscious and badly injured by the rioters who were called to action earlier that day by then-President Donald Trump.

“Well, to be completely honest, to give you the first thoughts that popped into my mind — Josh Hawley is a bitch. And he ran like a bitch,” Fanone said. “The fist pump, combined with what he did in the immediate aftermath, just shows the true character or lack thereof.”

What Hawley Should Have Done

If Hawley had a spine, he could have been a hero by doing what Trump refused to do until it was too late. Tell the rioters to stand down.

But Hawley didn’t have the courage to offend his MAGA-loving base thus revealing his true character (or lack thereof).

How did Hawley respond to becoming the laughingstock of America?

He’s a politician. So, of course, he went into fundraising mode by promoting on social media a coffee mug with an image of his infamous raised fist.

Bottom line: The man who ran from his supporters like a coward when they turned unruly always runs straight to the money.

Josh Hawley running away to a variety of soundtracks.