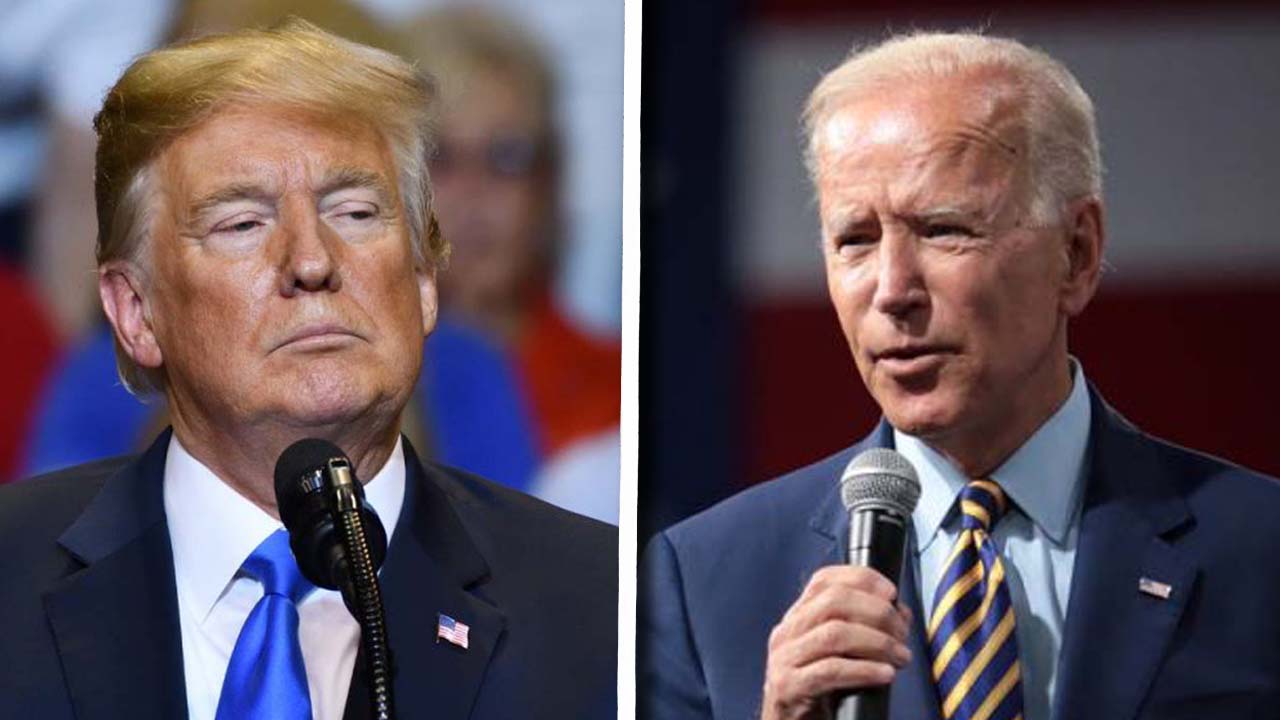 If there is a 2024 rematch, President Joe Biden would edge former president Donald Trump, according to a New York Times/Sienna College poll. (GV Wire Composite)
Share with friends

Though it’s a long way from the 2024 Republican primaries, about half of GOP voters want someone other than Donald Trump as their presidential nominee.

Trump was favored by 49% of respondents in a New York Times/Siena College poll conducted July 5-7, 2022.

It’s much the same on the other side of the aisle. According to the poll, just 26% of potential Democratic primary voters want Biden as the 2024 nominee. And, 64% say the Dems should nominate someone else.

However, in a potential 2024 presidential rematch, the poll showed Biden winning, 44-41%, over Trump.

“Independent voters have strongly unfavorable views of both Biden, 30-68%, and Trump, 37-60%, helping to explain why both are significantly underwater with a majority of Americans.”

Florida Gov. Ron DeSantis is emerging as the biggest threat to Trump’s third nomination as the GOP presidential standard-bearer. DeSantis received 25% support in the poll.

Analyzed New York Times reporter Michael C. Bender: “Should Mr. DeSantis and Mr. Trump face off in a primary, the poll suggested that support from Fox News could prove crucial: Mr. Trump held a 62% to 26% advantage over Mr. DeSantis among Fox News viewers, while the gap between the two Floridians was 16 points closer among Republicans who mainly receive their news from another source.”

— 64% of Republicans under 35 years old said they would vote for someone other than Trump in their Republican primary.

— Among GOP primary voters with a college education, 65% of poll respondents said they would vote for a candidate other than Trump.

— Three in four GOP primary voters said that Trump was “just exercising his right to contest the election” with his actions on Jan. 6, 2021, the day of the Capitol Riot.

However, about 20% said that Trump “went so far that he threatened American democracy.”