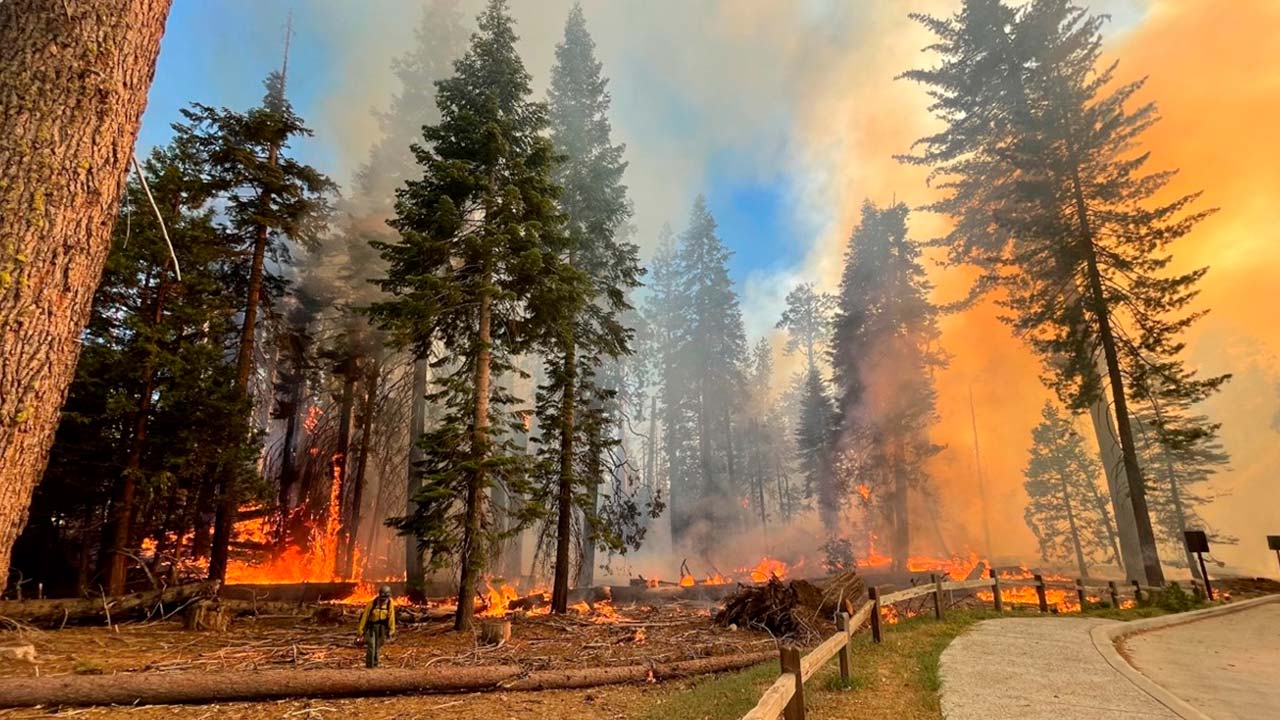 A firefighter walks near Mariposa Grove as the Washburn Fire burns in Yosemite National Park. (National Park Service via AP)
Share with friends

A portion of Yosemite National Park is closed as a wildfire rages in a grove of giant sequoia trees, officials said.

The blaze grew from 46 acres Thursday night to 250 acres by Friday morning with no containment, said Nancy Phillipe, a Yosemite fire information spokesperson.

The sequoias are threatened by the flames, but there have been no reports of severe damage to the grove’s named sequoias, such as the 3,000-year-old Grizzly Giant, Phillipe said.

Some park visitors had to be evacuated from the fire zone Thursday, but there were no injuries. Access to the grove was closed to allow firefighters easier access to the flames, Phillipe said.

“Our priorities are certainly the giant sequoias and the community of Wawona,” which lies within the park, she said.

The rest of the park remains open.

Firefighters are working from the ground and in the air to contain the blaze, park officials said Friday morning.

The cause of the blaze is under investigation, they said.