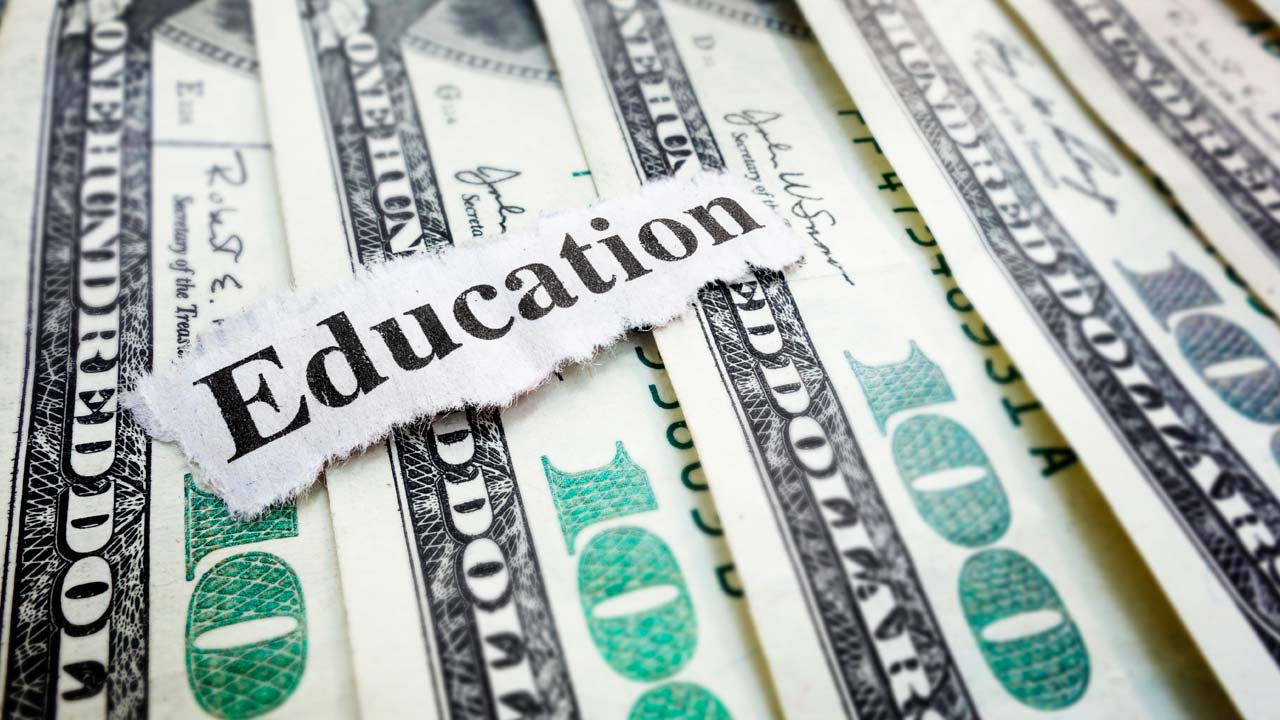 In all, the budget will provide schools with an average of about $24,000 a year for each student, doubling what it was just a few years ago, with a formula that provides extra allocations to school districts with high numbers of poor and English-learner students.

Those extra funds are being distributed via the Local Control Funding Formula (LCFF), a plan adopted a decade ago to close what is called the “achievement gap” between those children — roughly 60% of the state’s K-12 students — and the more privileged 40%.

Spending $24,000 per student appears to propel California into the upper ranks of the states, although making such comparisons is tricky. Different organizations use different numbers, some adjust numbers for the cost of living, and the data are always a few years out of date.

The main problem with such comparisons, however, is they assume that spending money equates to educational outcomes when, in fact, they don’t. If one takes any list of what states spend on schools and compares it to results of the federal government’s academic testing program, the National Assessment of Educational Progress (NAEP), there is absolutely no correlation between spending and achievement.

Some states that spend heavily, such as New Jersey, also excel in NAEP’s measures of reading and mathematics competence, but others, such as neighboring New York, are mediocre at best. Likewise, states that are below average or even at the bottom, of spending lists are often in the academic upper tier, such as Iowa, Utah and Colorado. But some low-spending states also rank poorly in testing, such as Mississippi.

Washington, D.C. schools have the highest per-pupil spending in the nation but are dead last in academics.

California, until recently, was mediocre in spending and mediocre in NAEP tests. The state’s big increases in spending could bring better academic results, but only if the money is laser-focused on uplifting children who have been left behind, rather than subtly diverted into other purposes, as various independent studies have indicated, including a scathing 2019 report from the state auditor’s office.

After delving into the finances of three representative school districts, auditors castigated the state Department of Education for sloppy oversight of LCFF funds. They also criticized school districts for issuing indecipherable and inaccurate reports on how funds were being spent, and county offices of education for not fulfilling their designated roles as LCFF monitors.

“We are particularly concerned that the state does not explicitly require districts to spend their supplemental and concentration (LCFF) funds on the intended student groups or to track their spending of those funds,” the report declared. “Without a means of tracking how districts use funds, state and local policymakers and other local stakeholders lack adequate information to assess the impact of those funds on the outcomes of intended student groups.”

Moreover, a CalMatters investigation into how the state’s schools spent $33.5 billion in one-time state and federal funds to help their students cope with the effects of the COVID-19 pandemic revealed that much of it was diverted into programs, equipment and other purposes that had little or nothing to do with countering the devastating impacts of at-home schooling.

So will the extra money that Newsom and the Legislature are pumping into the schools really make an academic difference? The record to date is not encouraging.