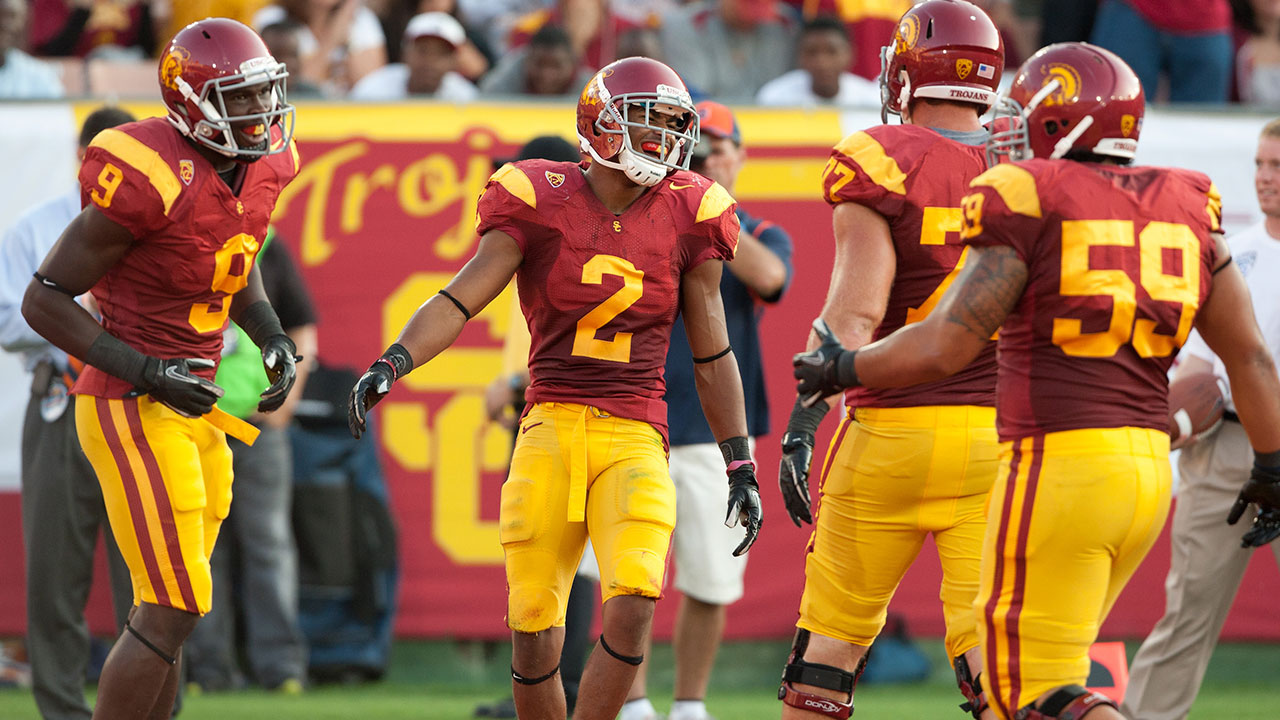 The Big Ten made it official on Thursday, adding USC and UCLA and becoming a coast-to-coast powerhouse conference. (Shutterstock)
Share with friends

In a surprising and seismic shift in college athletics, the Big Ten voted Thursday to add Southern California and UCLA as conference members beginning in 2024.

The expansion to 16 teams will happen after the Pac-12’s current media rights contracts with Fox and ESPN expire and make the Big Ten the first conference to stretch from the Atlantic to the Pacific.

The announcement, which caught the Pac-12 off-guard, came almost a year after Oklahoma and Texas formally accepted invitations to join the Southeastern Conference in July 2025.

Big Ten Commissioner Kevin Warren said USC and UCLA, both members of the Pac-12 and its previous iterations for nearly a century, submitted applications for membership and the league’s Council of Presidents and Chancellors voted unanimously to add the Los Angeles schools.

“Ultimately, the Big Ten is the best home for USC and Trojan athletics as we move into the new world of collegiate sports,” USC athletic director Mike Bohn said. “We are excited that our values align with the league’s member institutions. We also will benefit from the stability and strength of the conference; the athletic caliber of Big Ten institutions; the increased visibility, exposure, and resources the conference will bring our student-athletes and programs; and the ability to expand engagement with our passionate alumni nationwide.”

The Big Ten is building on previous expansion into the nation’s largest media markets, and the move allows the conference to keep pace with the SEC as one of the most powerful entities in college sports.

The Big Ten will gain blueblood programs in football (USC) and basketball (UCLA) and big-name brands that will enhance the value of the conference’s new media rights package currently being negotiated.

Losing flagship schools like USC and UCLA is a major blow to the Pac-12, which has had a long and amicable relationship with the Big Ten best exemplified by its Rose Bowl partnership.

“While we are extremely surprised and disappointed by the news coming out of UCLA and USC today, we have a long and storied history in athletics, academics, and leadership in supporting student-athletes that we’re confident will continue to thrive and grow into the future,” the Pac-12 said in a statement.

The Pac-12’s next move is unknown, but adding schools to replace USC and UCLA is a possibility.

“We look forward to partnering with current and potential members to pioneer the future of college athletics together,” the Pac-12 said.

The Big Ten has expanded twice in recent years, with Nebraska joining in 2011 and Maryland and Rutgers in 2014.

USC and UCLA fit the Big Ten’s academic profile. Both schools are among the 65 members of the Association of American Universities, which is made up of top research universities. All Big Ten schools except Nebraska are members.

“From increased exposure and a broader national platform for our student-athletes, to enhanced resources for our teams, this move will help preserve the legacy of UCLA Athletics for generations to come,” UCLA athletic director Martin Jarmond said.

“We have deeply valued our membership in the Pac-12, and we have great respect for the conference and our fellow member institutions, but each school faces its own unique challenges and circumstances. We believe this is the right move for UCLA at the right time.”

USC and UCLA stand to significantly increase their revenues. The Pac-12 distributed only $19.8 million per school in fiscal year 2021, by far the least among Power 5 conferences. The Big Ten’s per-school distribution was $46.1 million, second only to the SEC’s $54.6 million.

The Pac-12 has had difficulty getting its conference television network untracked while the Big Ten Network is the most established of the conference networks.

USC and UCLA would be taking a step up in football, both in visibility and competition.

“Pac-12 After Dark” televised games that kick off in the middle to late evenings in most of the country have made it difficult for the conference to get exposure. The Pac-12 has had teams in the College Football Playoff just twice — Oregon (2014 season) and Washington (2016).

USC President Carol L. Folt said she and university leaders considered the coast-to-coast travel that will come with competing in the Big Ten. Nebraska is the westernmost school in the conference now, and Lincoln is almost 1,500 miles from Los Angeles. Rutgers, the easternmost Big Ten school, is a nearly 5 1/2-hour flight from LA.

“We are fortunate we can spend the next two years working with the conference on travel and scheduling plans,” Folt said.