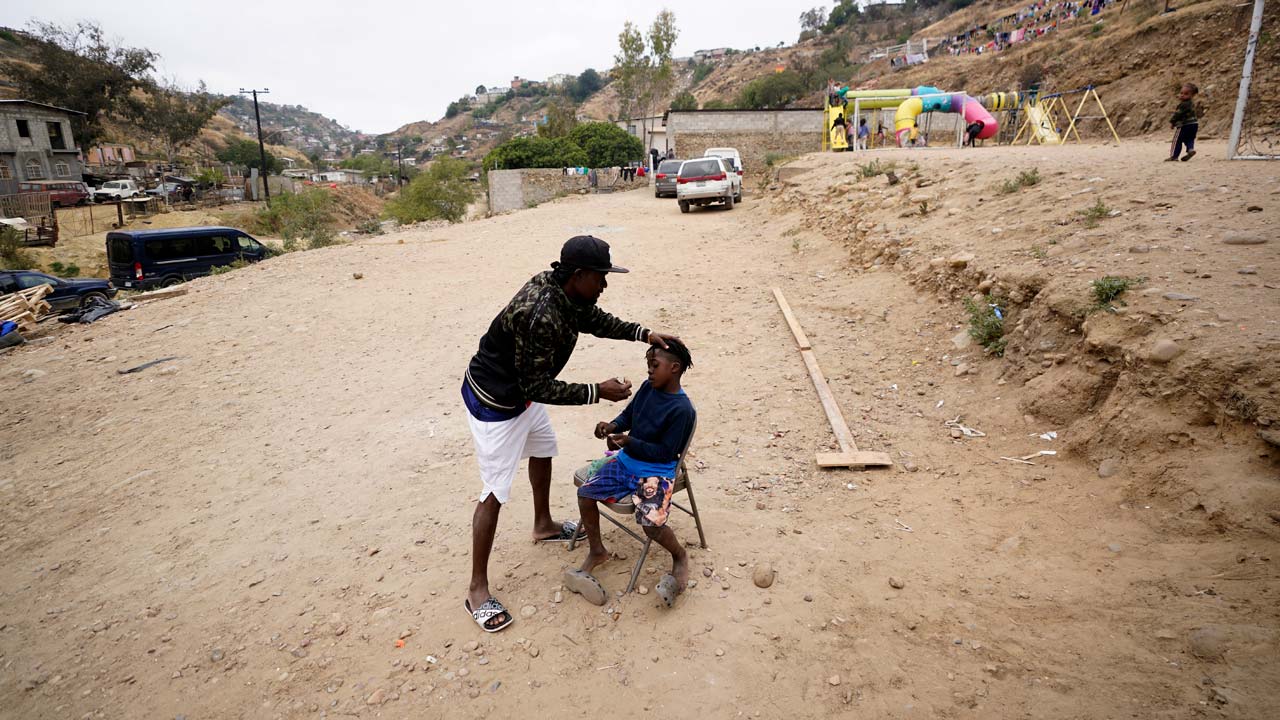 A father cuts his son's hair outside of a shelter for migrants in Tijuana. (AP File Photo/Gregory Bull)
Share with friends

The Supreme Court ruled on Thursday that the Biden administration properly ended a Trump-era policy forcing some U.S. asylum-seekers to wait in Mexico.

The justices’ 5-4 decision for the administration came in a case about the “Remain in Mexico” policy under President Donald Trump. Chief Justice John Roberts wrote the decision and was joined by fellow conservative Justice Brett Kavanaugh as well as the court’s three liberal justices — Stephen Breyer, Sonia Sotomayor and Elena Kagan.

President Joe Biden suspended the program on his first day in office in January 2021. But lower courts ordered it reinstated in response to a lawsuit from Republican-led Texas and Missouri. The current administration has sent far fewer people back to Mexico than did the Trump administration.

The heart of the legal fight was about whether immigration authorities, with far less detention capacity than needed, had to send people to Mexico or whether they had the discretion under federal law to release asylum-seekers into the United States while they awaited their hearings.

About 70,000 people were enrolled in the program, formally known as Migrant Protection Protocols, after President Donald Trump launched it in 2019 and made it a centerpiece of efforts to deter asylum-seekers.

After Biden’s suspension of the program, Homeland Security Secretary Alejandro Mayorkas ended it in June 2021. In October, the department produced additional justifications for the policy’s demise, to no avail in the courts.

The program resumed in December, but barely 3,000 migrants had enrolled by the end of March, during a period when authorities stopped migrants about 700,000 times at the U.S.-Mexico border.

Democratic-led states and progressive groups were on the administration’s side. Republican-run states and conservative groups sided with Texas and Missouri.