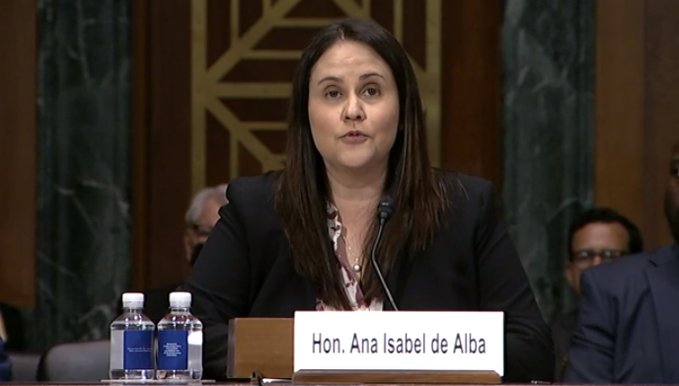 Ana de Alba was confirmed by the U.S. Senate to become a federal judge in the Eastern District of California with a 53-45 confirmation vote Tuesday. De Alba, a Fresno County Superior Court judge, will now mete out justice just a few blocks away.

Born in Merced, de Alba worked her way through UC Berkeley to earn a law degree and returned to the Central Valley to practice law. She was appointed to the Fresno bench in 2018 by then-Gov. Jerry Brown.

Sen. Alex Padilla, D-California, praised de Alba in a speech before the vote.

“Judge de Alba watched her mother and grandmother struggle with unfair treatment, as they worked together in some of the hardest jobs in the world,” Padilla said. “She decided that one day, she would become a lawyer to help families like her own.”

Padilla said de Alba is the first Latina to serve on an Eastern District courtroom. No swearing-in date has been set.

All 50 Democrats (or Democrat-leaning independents) voted for de Alba, joined by three Republicans — Susan Collins, R-ME; Lindsey Graham, R-SC; and Lisa Murkowski, R-AK. All 45 no votes were from Republicans (two did not record votes).

When de Alba leaves for federal court, it will create a vacancy in Fresno County. That would give Gov. Gavin Newsom his ninth appointment to the court.

Adventure Church will file a writ with the Fresno-based Fifth District Court of Appeal, seeking to block the city of Fresno completing its purchase of the Tower Theatre.

Last week, a Fresno County judge denied the church’s request for an injunction. The move cleared the way for the city to close escrow on the $6.5 million purchase that the city council approved in April.

The church’s attorney sent the Los Angeles-based escrow officer a notice Monday about the intended action. No action has been filed with the appeal court by publication time.

A city council insider tells Politics 101 that the city will hold off on closing escrow until the issue is resolved.

The Fresno County Dept. of Social Services plans to meet with residents to talk about services and how the agency can improve.

On Thursday, the county will hold a ribbon cutting ceremony for its new Child Welfare Services building in Clovis (380 W. Ashlan Avenue) in the old Costco building. Several social services agencies have moved to the adjacent building, that was once occupied by the Pelco campus. 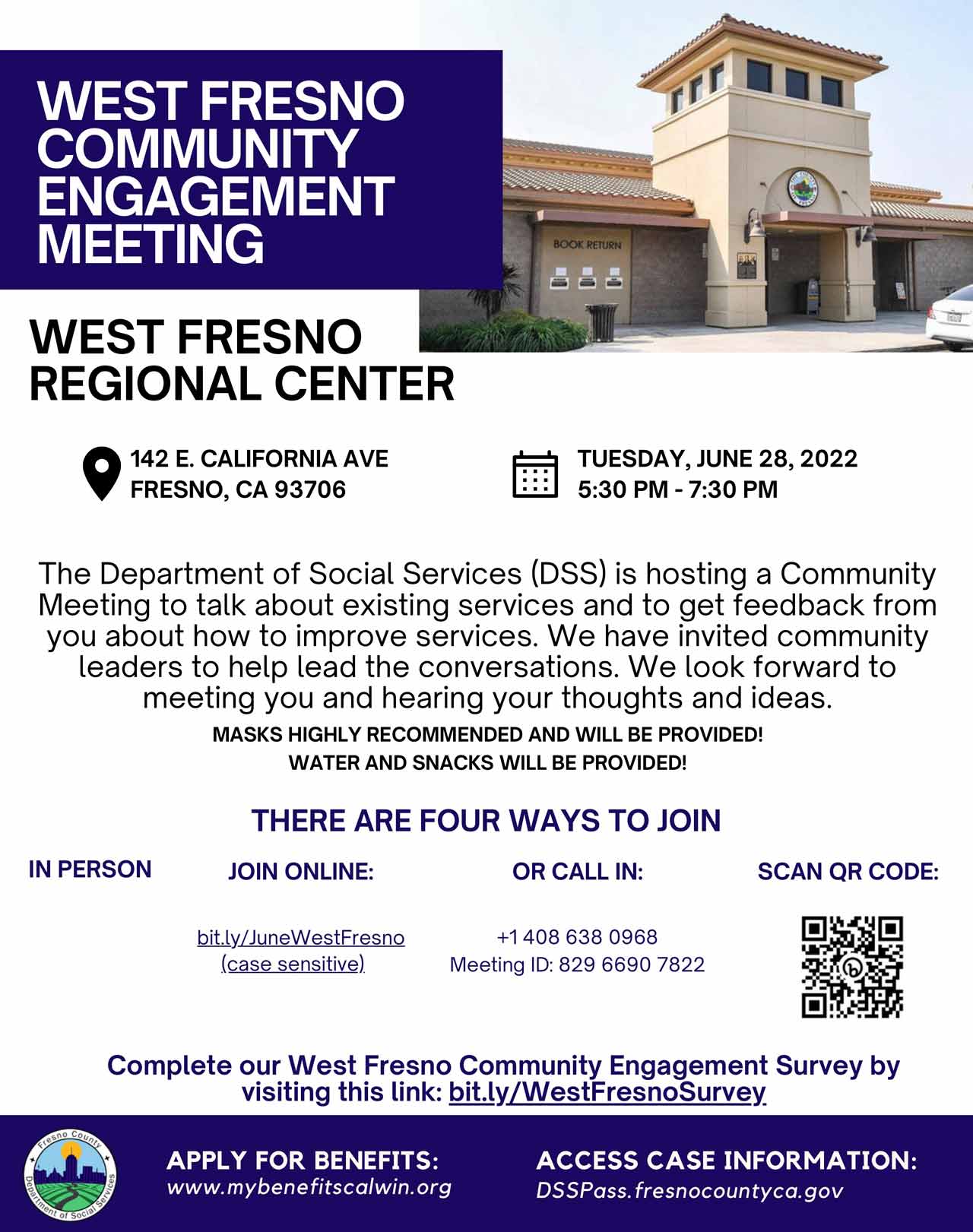