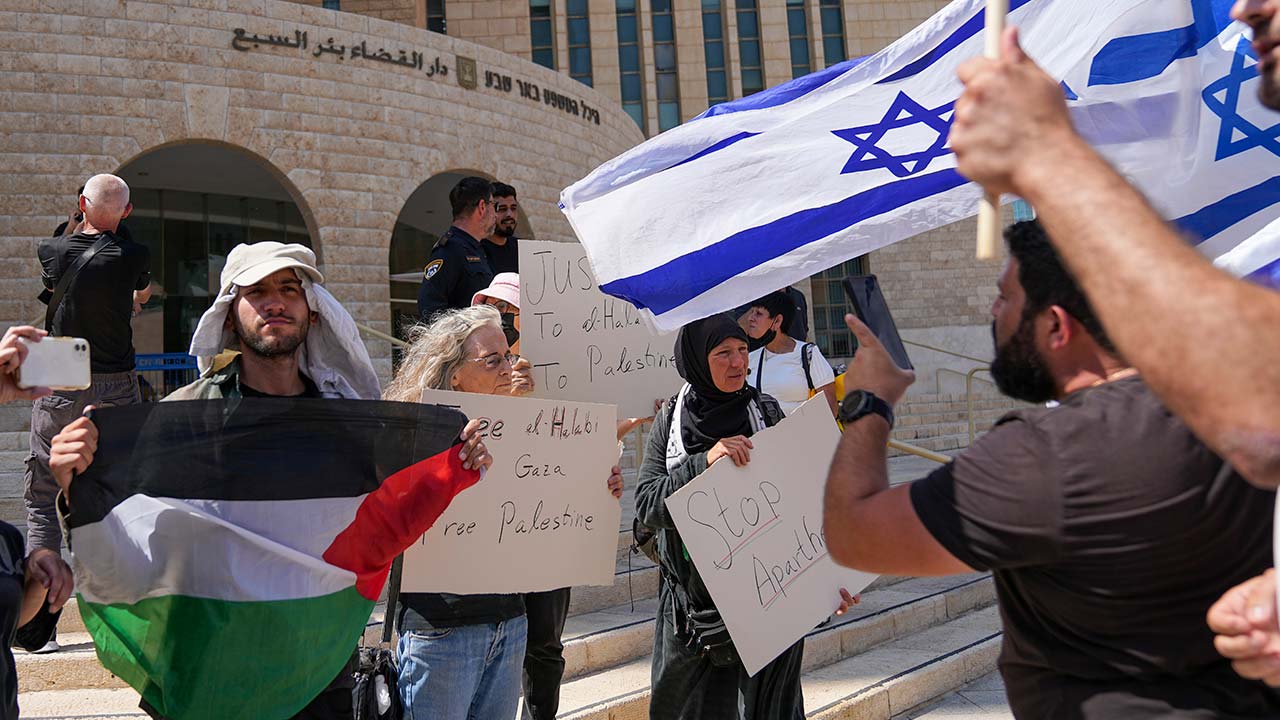 BEERSHEBA, Israel — An Israeli court on Wednesday found a Gaza aid leader guilty of several terrorism charges in a high-profile case in which his employer, independent auditors, and the Australian government say they have found no evidence of wrongdoing.

Mohammed el-Halabi, the Gaza director for the international Christian charity World Vision, was arrested in 2016 and accused of diverting tens of millions of dollars to the Islamic militant group Hamas that rules the territory. The trial, and his prolonged detention, have further strained relations between Israel and humanitarian organizations that provide aid to Palestinians.

Both he and World Vision have denied the allegations and an independent audit in 2017 also found no evidence of support for Hamas. His lawyer, Maher Hanna, has said el-Halabi turned down several plea bargain offers on principle that would have allowed him to walk free.

Will Appeal the Verdict

El-Halabi has not yet been sentenced. World Vision said he would appeal the ruling, which was largely based on classified information that has not been made public but was shared with the defense.

The district court in the southern Israeli city of Beersheba said el-Halabi was guilty of several charges, including membership in a terror organization, providing information to a terror group, taking part in militant exercises, and carrying a weapon.

It said he diverted “millions” of dollars every year, as well as equipment, from World Vision and its donors to Hamas. It said Hamas used the funds for militant activities, as well as children’s counseling, food aid and Quran memorization contests for its supporters. Pipes and nylon diverted to Hamas were used for military purposes, it said.

The court said it was not convinced by World Vision’s testimony that it had firm controls in place that would have prevented the diversion of such aid. The court said the full 254-page decision is “confidential and cannot be made public.”

It appeared to rely heavily on a confession by el-Halabi that has not been made public. His lawyer has said the confession was given under duress to an informant and should not have been admitted as evidence.

Sharon Marshall, a spokeswoman for World Vision who has closely followed the case, said there had been “irregularities in the trial process and a lack of substantive and publicly available evidence.” She said the charity supports el-Halabi’s intent to appeal and called for a “fair and transparent” process.

Related Story: What’s Next for Palestine? Could There Be a Leadership Change?

World Vision Operates in About 100 Countries

The Christian charity operates in nearly 100 countries and annually distributes some $2.5 billion in aid.

Israeli authorities have repeatedly said they have proof that Hamas had infiltrated the aid group and was diverting funds from needy Gazans. Then-Prime Minister Benjamin Netanyahu trumpeted the charges in an online video shortly after el-Halabi’s arrest.

Critics say Israel often relies on questionable informants. They allege that Israel smears groups that provide aid or other support to Palestinians in order to shore up its nearly 55-year military occupation of lands the Palestinians want for a future state.

Israel says it supports the work of aid organizations but must prevent donor funds from falling into the hands of armed groups like Hamas that do not recognize it and attack its citizens.

In a statement, the Israeli Foreign Ministry acknowledged the verdict while saying it “continues to support international efforts to provide assistance to the Gazan population.”

After el-Halabi’s arrest, World Vision suspended its activities in Gaza, where over 2 million Palestinians live under an Israeli-Egyptian blockade imposed when Hamas seized power nearly 15 years ago. Israel says the restrictions are needed to contain Hamas, while critics view them as a form of collective punishment.

World Vision worked with several Western donor countries to construct an independent audit of its activities in Gaza. It declined to name the auditors because of a non-disclosure agreement, but last year the Guardian newspaper identified them as the international accounting firm Deloitte and DLA Piper, a global law firm.

A team of around a dozen lawyers, including several former assistant U.S. attorneys, reviewed nearly 300,000 emails and conducted over 180 interviews. Forensic auditors scoured nearly every financial transaction at World Vision from 2010 until 2016.

In July 2017, they submitted an over 400-page report of their findings to World Vision, which shared it with donor governments. World Vision said it offered the report to Israel, but Israeli authorities refused to sign the non-disclosure agreement.

Brett Ingerman, a lawyer with DLA Piper who headed the investigation, confirmed its involvement and told The Associated Press earlier this year that the report found no evidence that el-Halabi was affiliated with Hamas or had diverted any funds. Instead, he said it found that el-Halabi had enforced internal controls and ordered employees to avoid anyone suspected of Hamas ties.

The Australian government conducted its own review, reaching similar conclusions. Australia was the biggest single donor to World Vision’s humanitarian work in Gaza, providing some $4.4 million in the previous three fiscal years before el-Halabi’s arrest. There was no immediate comment on the verdict from Australian officials.