What's Next for Palestine? Could There Be a Leadership Change? 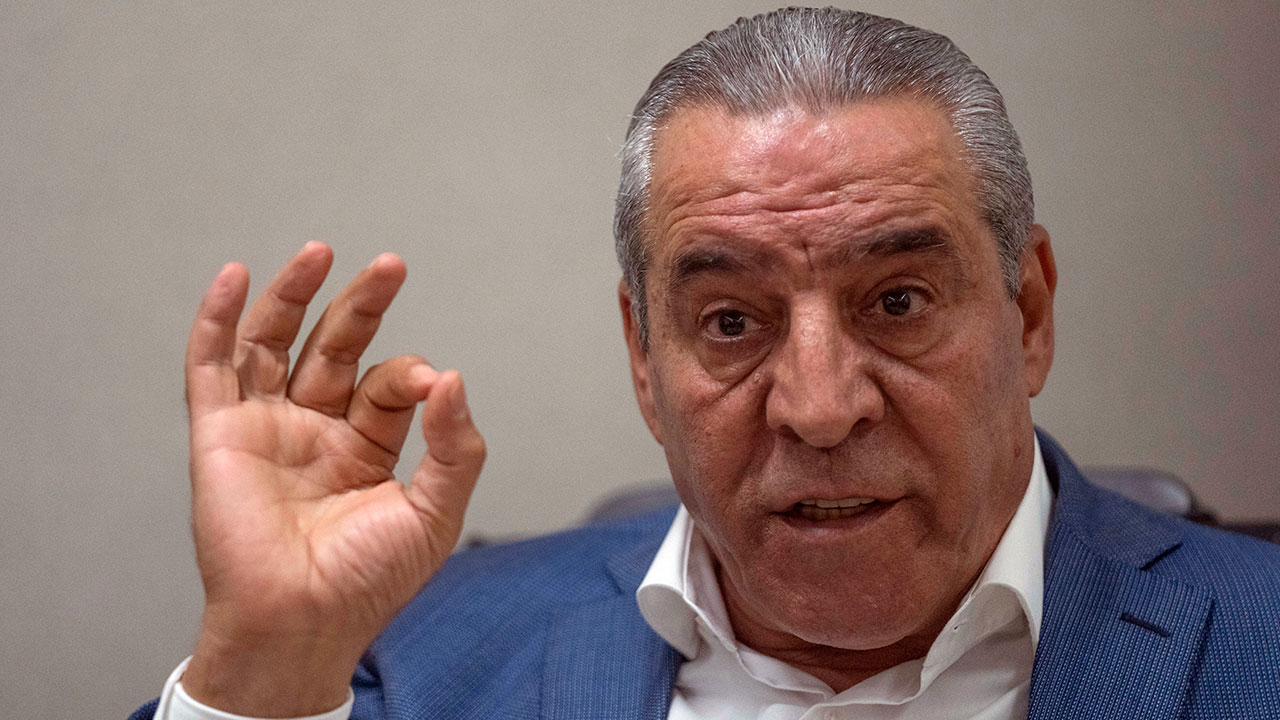 Hussein al-Sheikh is the newly appointed secretary general of the executive committee of the Palestine Liberation Organization. (AP//Nasser Nasser)
Share with friends

RAMALLAH, West Bank — Hussein al-Sheikh, a senior Palestinian official increasingly seen as a successor to the 86-year-old President Mahmoud Abbas, says relations with Israel have gotten so bad that Palestinian leaders cannot go on with business as usual.

Al-Sheikh recited a familiar litany of complaints: Israel’s government is beholden to right-wing nationalists, its prime minister is opposed to Palestinian statehood. Settlements are expanding, Palestinians are being forcibly relocated, and the U.S. and Europe seem powerless to stop it.

But even if they are serious this time around, they have few options. And they appear unlikely to do anything that undermines their own limited power in parts of the occupied West Bank, which largely stems from their willingness to cooperate with Israel.

In an exclusive interview with The Associated Press on Monday, al-Sheikh defended the Palestinian leadership in the West Bank, saying it was doing the best it could under the difficult circumstances of Israel’s 55-year-old military occupation. As the point man in charge of dealing with Israel, he said there is no choice but to cooperate to meet the basic needs of Palestinians.

“I am not a representative for Israel in the Palestinian territories,” he said. “We undertake the coordination because this is the prelude to a political solution for ending the occupation.”

Is PLO Ignoring the Wishes of Its People?

Al-Sheikh saw his profile rise further last month after Abbas named him the secretary-general of the Palestine Liberation Organization. The appointment has generated speculation that al-Sheikh is being groomed for the top job — as well as criticism that the autocratic Abbas, who has not held a nationwide election since 2006, is once again ignoring the wishes of his people.

Al-Sheikh, 61, declined to say whether he wants to succeed Abbas. He said the next president should be chosen through elections, but that they could only be held if Israel allows voting in all of east Jerusalem, effectively giving it a veto over any alternative leadership.

“The Palestinian president cannot be appointed, or come to power by force, or come because of some regional or international interest, or arrive on an Israeli tank,” he said.

Al-Sheikh recited a familiar litany of complaints: Israel’s government is beholden to right-wing nationalists, its prime minister is opposed to Palestinian statehood. Settlements are expanding, Palestinians are being forcibly relocated, and the U.S. and Europe seem powerless to stop it.

“The Palestinian leadership is on the verge of making major and difficult decisions,” al-Sheikh said, when asked about Abbas’ threat to cut security ties or even withdraw recognition of Israel, a cornerstone of the Oslo peace process in the 1990s. “We have no partner in Israel. They don’t want a two-state solution. They don’t want to negotiate.”

But the Israelis meet with al-Sheikh all the time.

As head of the Palestinian body that coordinates Israeli permits — and a close aide to Abbas — he meets with senior Israeli officials more often than any other Palestinian.

Israeli officials view him as “a very, very positive player in the Palestinian arena,” said Michael Milshtein, an Israeli expert on Palestinian affairs who used to advise COGAT, the military body in charge of civilian affairs in the West Bank.

“Because of his close relations with Israel, he can achieve a lot of positive things for the Palestinian people,” including permits and development projects, he said. But most Palestinians “cannot really accept this kind of image of a Palestinian leader who actually is the one who serves Israel’s interest.”

His official biography says he was imprisoned by Israel from 1978-1989 and took part in the first intifada, or uprising against Israeli rule, upon his release. After the Palestinians secured limited self-rule in Gaza and parts of the occupied West Bank through the 1993 Oslo agreements, al-Sheikh joined the nascent security forces, rising to the level of colonel. He says he was a wanted man during the second and more violent intifada in the early 2000s.

He is a lifelong member of Fatah, a movement launched by Yasser Arafat in the late 1950s. Today Fatah dominates the PLO, which is supposed to represent all Palestinians, and the Palestinian Authority, which administers parts of the West Bank and cooperates with Israel on security.

Abbas, who was elected in 2005 after Arafat’s death, is opposed to armed struggle and committed to a two-state solution. But during his 17 years in power the peace process has become a distant memory, the Palestinians have been split politically and geographically by the rift with the Islamic militant group Hamas, and the PA has become increasingly unpopular.

Diana Buttu, a Palestinian lawyer who used to advise the PA, said Abbas believes “that the future of the Palestinian people is tied up to him as an individual,” surrounding himself with loyalists who won’t challenge him.

Abbas called off the first elections in 15 years in April 2021, a vote in which his Fatah party was widely expected to suffer a humiliating defeat. He said he was delaying the vote until Israel explicitly allowed voting in all of east Jerusalem. But only a small number of voters in the city require Israeli permission, and the PA refused to consider alternative arrangements.

Israel annexed east Jerusalem in a move not recognized internationally and views the entire city as its unified capital. The Palestinians want east Jerusalem — which includes major holy sites sacred to Jews, Christians and Muslims — to be the capital of their future state.

“If the price of elections is that I concede on Jerusalem, it is impossible. You won’t find a single Palestinian who will agree to that,” al-Sheikh said.

That may be true, but it could also effectively prevent the Palestinians from replacing the current leadership, leaving it entrenched for years to come.

Dimitri Diliani, a senior member of Fatah who supports an anti-Abbas faction, said none of the president’s inner circle are electable, pointing to recent polls showing that nearly 80% of Palestinians want Abbas to resign.

Diliani described al-Sheikh as “an active, smart person,” a pragmatist who seizes opportunities — but who was also short-sighted. “Abu Mazen is a sinking ship, and whoever is on it is going down with him,” Diliani said.

Still, al-Sheikh has a unique lever of power that could prove more important than electability — access to Israeli permits.

He has been in charge of the General Authority of Civil Affairs since 2007. That’s where Palestinians must apply if they want to enter Israel for work, family visits, or medical care; to import or export anything; or to get national ID cards.

“If you need anything, absolutely anything, in Palestine, he’s your go-to man. He’s actively hated among Palestinians, but he’s also very, very much needed for that reason,” said Tahani Mustafa, a Palestinian analyst at the International Crisis Group.

“If succession was to happen through legitimate channels, there’s no way Hussein al-Sheikh would withstand a popular vote,” she said. “If you are to impose that kind of leadership on Palestinians, then absolutely you are going to face pushback.”

Al-Sheikh says there’s no alternative to the coordination. “The movement of Palestinians, the crossings, the borders, are all under Israeli control,” he said. “I’m an authority under occupation.”