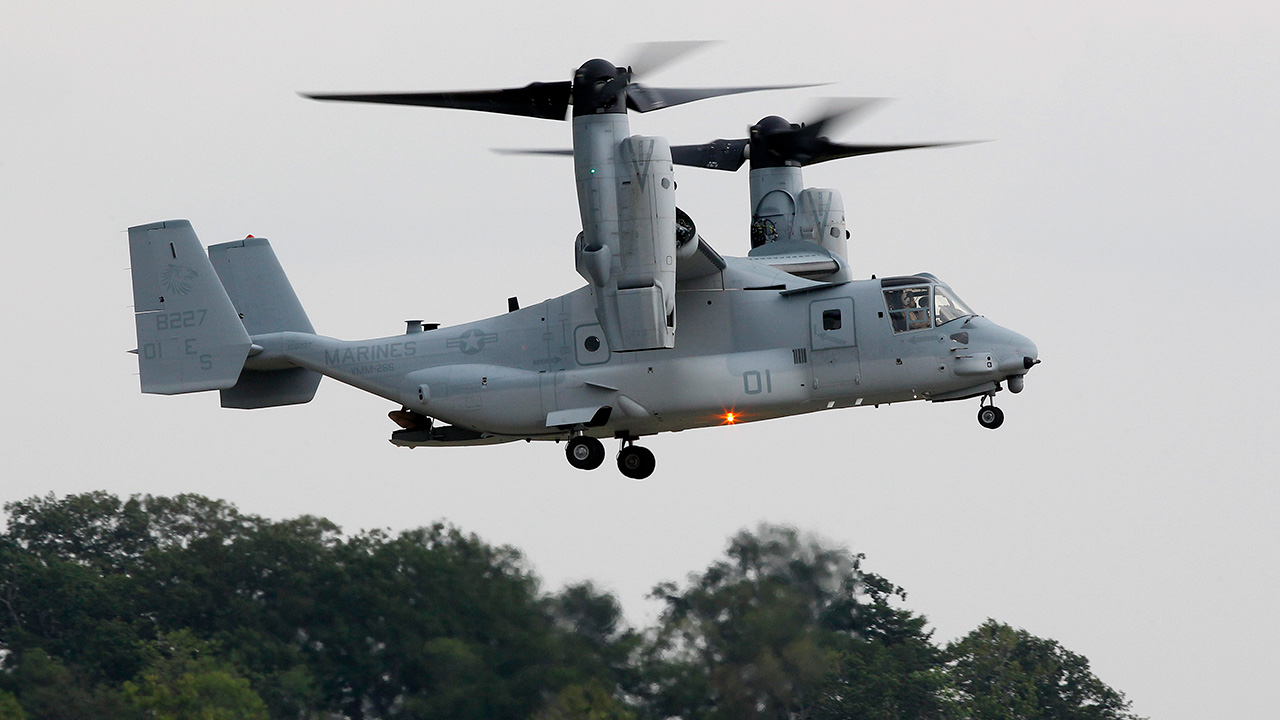 SAN DIEGO — All five Marines on board an Osprey aircraft were killed when it crashed in the California desert near the Arizona border, the Marine Corps said Thursday, a day after the accident.

The MV-22 Osprey went down at 12:25 p.m. Wednesday during training in a remote area in Imperial County near the community of Glamis, about 115 miles east of San Diego and about 50 miles from Yuma, Arizona.

The aircraft was based at Camp Pendleton with Marine Aircraft Group 39 and was part of the 3rd Marine Aircraft Wing headquartered at Marine Corps Air Station Miramar in San Diego.

“We mourn the loss of our Marines in this tragic mishap,” Maj. Gen. Bradford J. Gering, commanding general of the 3rd Marine Aircraft Wing, said in a statement. “Our hearts go out to their families and friends as they cope with this tragedy.”

The statement said as a matter of policy, the Marine Corps would be contacting family members before identifying those who were killed. Efforts to recover equipment were underway and an investigation into the cause of the crash has started. No additional details were provided in the Marine Corps statement.

The Marines were participating in a routine live-fire training over their gunnery range in the Imperial Valley desert, said Marine Maj. Mason Englehart, spokesperson for the 3rd Marine Aircraft Wing.

The Osprey, a hybrid airplane and helicopter, flew in the wars in Iraq and Afghanistan but has been criticized by some as unsafe. It is designed to take off like a helicopter, rotate its propellers to a horizontal position, and cruise like an airplane.

Versions of the aircraft are flown by the Marine Corps, Navy, and Air Force.

Most recently, four Marines were killed when a Marine Corps Osprey crashed on March 18 near a Norwegian town in the Arctic Circle while participating in a NATO exercise.

In 2017, three Marines were killed when their MV-22 Osprey crashed off Queensland, Australia.

In 2015, one Marine was killed and 21 were injured when their MV-22 Osprey caught fire during a “hard landing” in Hawaii.

The Osprey is a joint project of Bell Helicopter Textron and Boeing.

Its development was marked by deadly crashes, including an April 2000 accident in Arizona that killed 19 Marines.