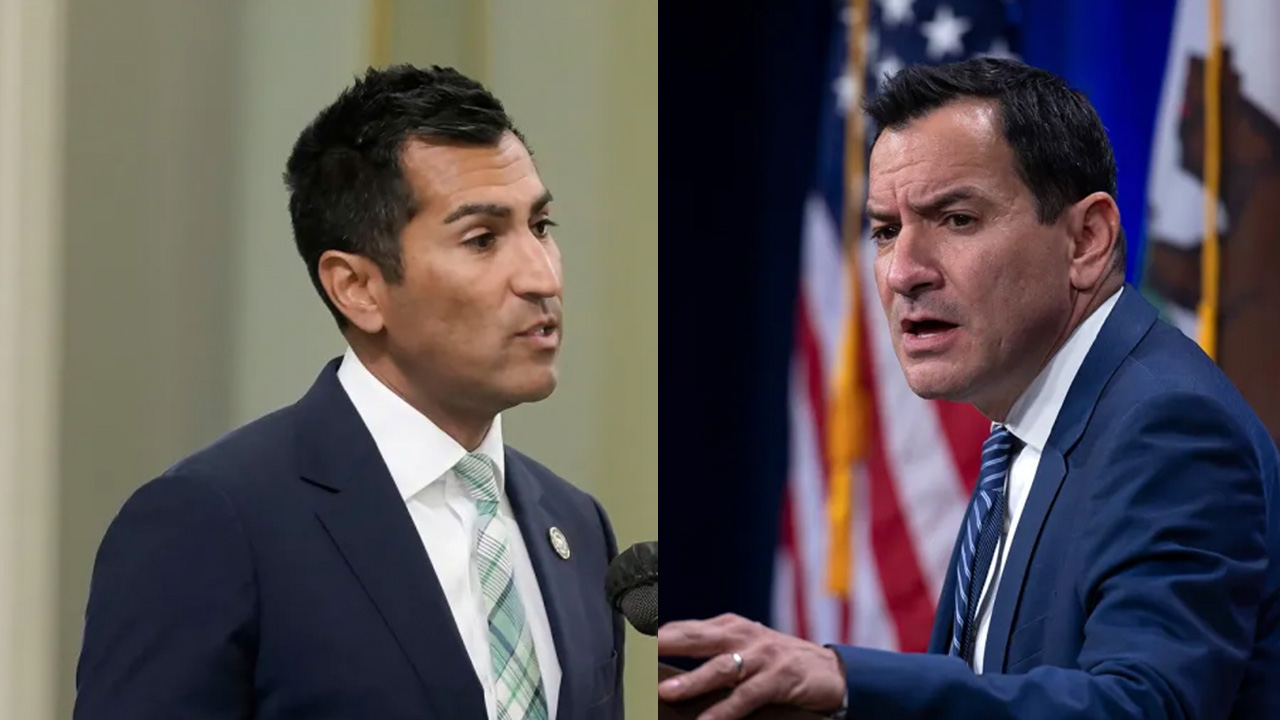 A leadership battle in the California Legislature is a guilty pleasure for those who work in and around the Capitol.

A power struggle pits one faction of Democrats against another and, like any family feud, brings out the worst in everyone, rupturing the façade of camaraderie that politicians prefer to present — which is why it’s so much fun to watch.

Robert Rivas, an assemblyman from Salinas, touched off such a clash late last month when he met with Assembly Speaker Anthony Rendon, claimed that he had support from a majority of Democrats and demanded that Rendon step down.

Rendon refused, leading Rivas, perhaps foolishly, to publicly declare that he had enough votes to become speaker and claimed to be negotiating with Rendon for a transition.

Rendon will be termed out of the Assembly in 2024 and had planned to hand off the speakership sometime next year, in accordance with recent practice. But Rivas didn’t want to wait, so the stage was set for a political duel.

Last week, Democrats met behind closed doors for hours and when they emerged, Rivas and Rendon issued a joint statement that reinstated the façade of camaraderie. Rivas conceded that Rendon would remain in office for the remainder of the legislative session.

Even if Rivas has a majority of the Democrats now, it’s uncertain that he will have it after this year’s elections, when at least a dozen new Democrats will win seats. Officially, the new and returning Democrats will elect — or re-elect — a speaker when the new session convenes in December. Rivas clearly would like matters to be settled before then, but Rendon just as clearly is in no hurry.

Underlying the conflict is a burgeoning ideological clash between progressives and moderates playing out in at least a dozen Assembly districts this year. Progressives, the core of Rivas’ support, have chafed at Rendon’s perceived reluctance to advance an ambitious left-wing agenda — single-payer health care, especially.

With Rendon now seemingly secure for at least a few more months, his duel with Rivas will focus even more attention on the progressive/moderate battles in Assembly districts that are opening up because of term limits and the post-census changes in district boundaries.

Left-leaning organizations will use the prospect of a Rivas speakership to drum up support for their candidates in those districts while Rivas’ bid for the speakership will give business interests a new impetus to pour money into moderates’ campaigns.

Were it to come down to a head-to-head contest in December, with Rendon seeking another term as speaker and Rivas attempting to block him, the handful of Republicans in the Assembly could become the decisive factor if neither man can muster 41 Democratic votes.

Simultaneously, but much more quietly, there was a leadership coup in the state Senate. Democrats dumped President Pro Tem James Mills and elevated David Roberti on his promise to protect Democratic seats after Republicans had defeated three Democratic senators.

The Rendon-Rivas dustup is the closest we’ve come to an all-out power struggle since those long-ago clashes.