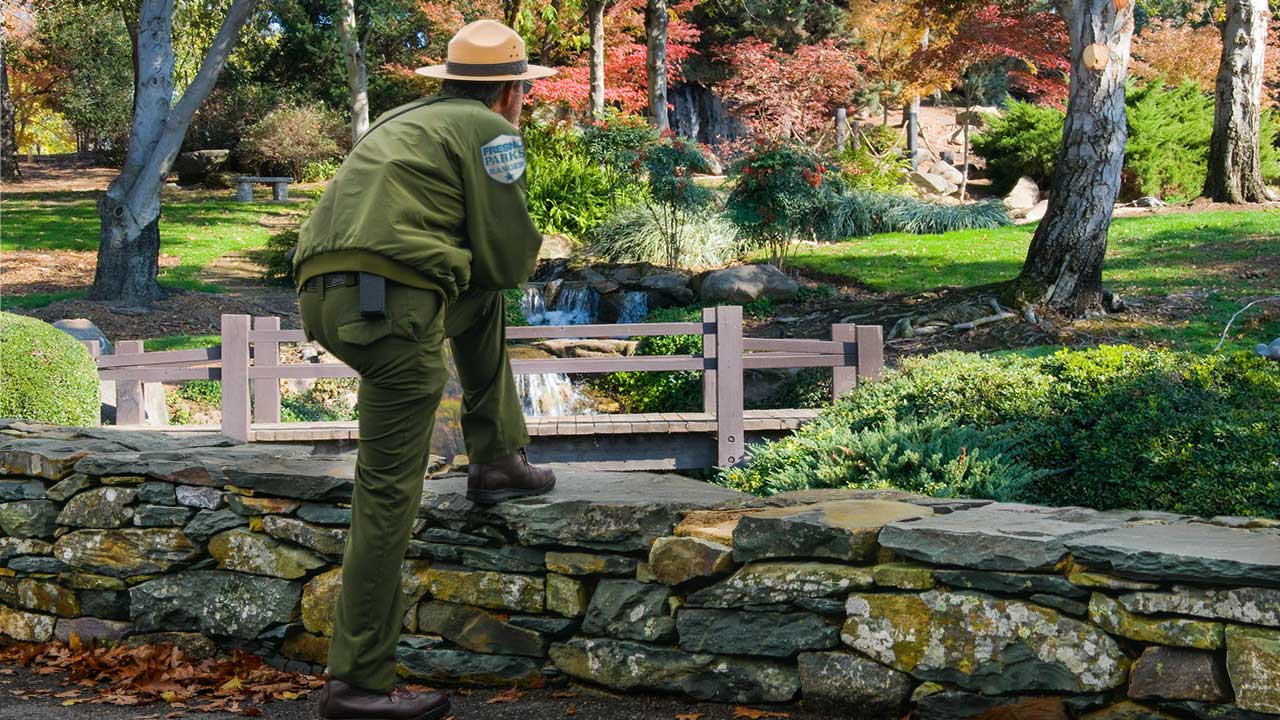 The Fresno Parks, Arts and Recreations Commission met Tuesday night to review at length a PARCS department budget that will include about $75 million in Measure P sales tax funds for 2023.

And, once again, the commissioners voiced frustration about being left out of the loop on important Measure P decisions.

At a recent meeting, commissioners said they weren’t consulted about the city’s $6.5 million purchase of the Tower Theatre. This time, they raised questions about the park ranger program the city plans to implement with parks sales tax monies.

The commission’s chair, Kimberly McCoy, who represents District 1, wanted to know why the park rangers would be overseen by the Fresno Police Department.

“When it was presented to us, it was not stated that it was going to be in the police department, so how did that happen and who made that decision?” asked McCoy.

PARCS Director Aaron Aguirre explained that while the rangers would be supervised by the police department, they would be funded by Measure P.

“I believe in the presentation that we brought to the commission a few weeks back mentioned the reasoning and kind of why the positions are sitting and housed (in the police department),” said Aguirre.

“From a standpoint of supervision, it looks and feels better, and it felt like the police department was set up to manage those type of positions, and that type of atmosphere that park rangers will be experiencing.”

Some commissioners said that they never agreed to integrate the rangers into the police department.

Additionally, McCoy pointed out that the rangers would not be allowed to carry any weapons.

Commissioner Mona Cummings, who represents District 6, said she felt the ranger program and the police department should be separate.

“When we’re looking at issues of inclusion, and diversity, and peacefulness, and a place of refuge in our parks, it’s difficult to actually feel like the public will be completely comfortable with the park rangers being so integrated within our policing system,” said Cummings.

“In a park system, we want there to feel a sense of security but without weapons, taught in a different way, and I think our PARCS Department actually functions in that way — in a very positive, holistic, inclusive way.”

Additionally, during public comment, several residents spoke out against a police partnership with the ranger program.

District 3 resident Pedro Navarro said he wanted to see a more thorough discussion about the rangers.

“I would take some steps back, include the public and the commission some more, and look at some examples of where a park ranger’s program is under a parks department instead of a police department,” said Navarro. “… the police department has a lot of things to figure out and that program doesn’t belong there.”

Some Police Involvement Not a Bad Idea Says Commissioner

Commissioner Jose Leon-Barraza from District 5 said it was important for residents to feel comfortable when visiting a park.

“I see this as a pilot project and I think a lot of the questions that are being asked — whether it’s being part of the police department or in the PARCS Department — are going to be very valid and very important,” said Leon-Barraza.

He also said that the rangers would be out of their depth in dealing with certain situations.

“Ultimately, there is going to be a relationship and connection with the police department whether we like it or not,” said Leon- Barraza.

During the discussion, Kristi Costa, a senior deputy attorney for the city, cautioned against speaking further about the park rangers.

“I just want to caution this commission because this is a Brown Act commission, and this was noticed as a budget meeting and we should not get too deep into the makeup of the rangers program,” said Costa.

McCoy countered that the ranger program was included in the PARCS budget and that is why they were asking questions.

“I’m just saying you should stop talking about getting deep into the community engagement aspect of how or what the ranger program looks like,” said Costa. “Whether they are going to be carrying weapons or no weapons, are they going to be sworn in or not sworn in, that’s beyond the scope of this meeting.”

Aldi Ramirez, assistant director for the city, followed up by suggesting that commissioners could write down any recommendations or changes they had in mind, and those recommendations would then be shared with the Fresno City Council.