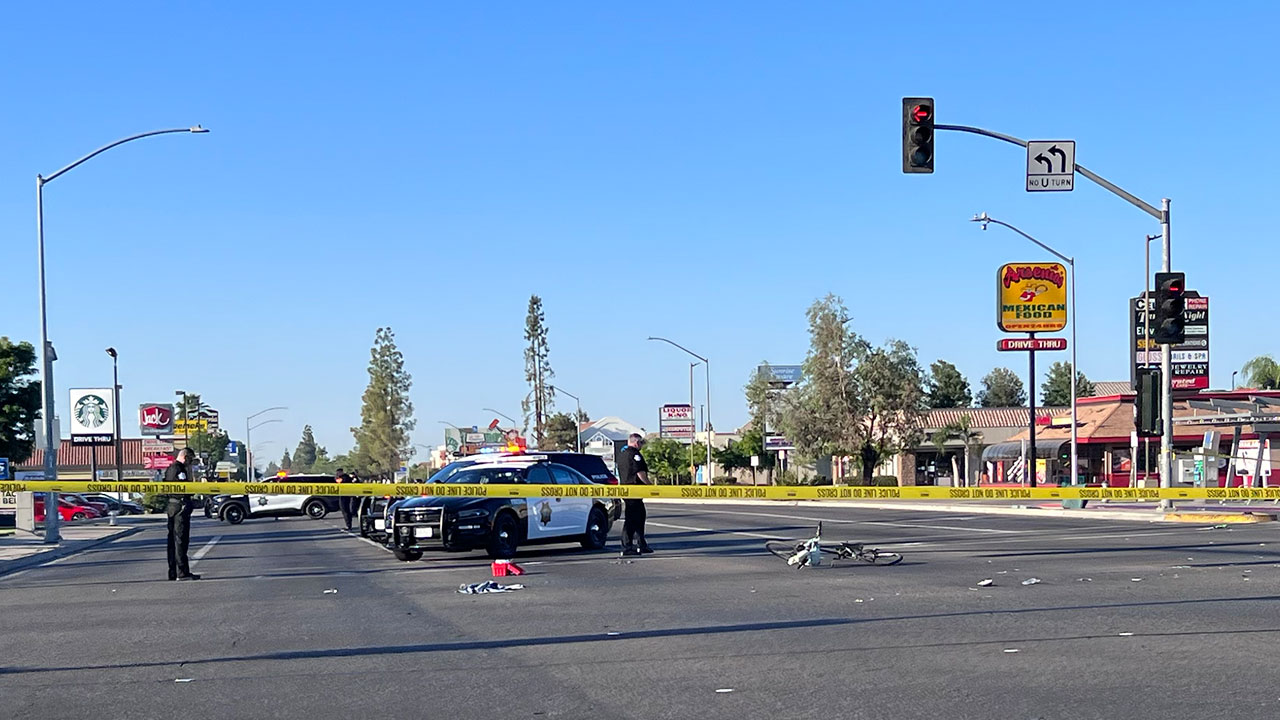 A fatal crash involving an SUV and a bicyclist occurred Tuesday morning at Blackstone and Herndon avenues in Fresno. (GV Wire/Paul Marshall)
Share with friends

An early morning crash at Blackstone and Herndon avenues claimed the life of a 74-year-old Fresno cyclist on Tuesday.

Officers arriving at the scene around 5:30 a.m. found a male bike rider with serious injuries. The rider, who has not been identified, died a short time later.

Cyclist in the Crosswalk

The man was riding south on Blackstone and was in the crosswalk when an SUV going east on Herndon struck him, a police spokeswoman said.

Police said that the driver of the vehicle involved in the fatal collision stayed on the scene and was cooperating with officers.

Traffic is being rerouted while officers conduct an investigation.