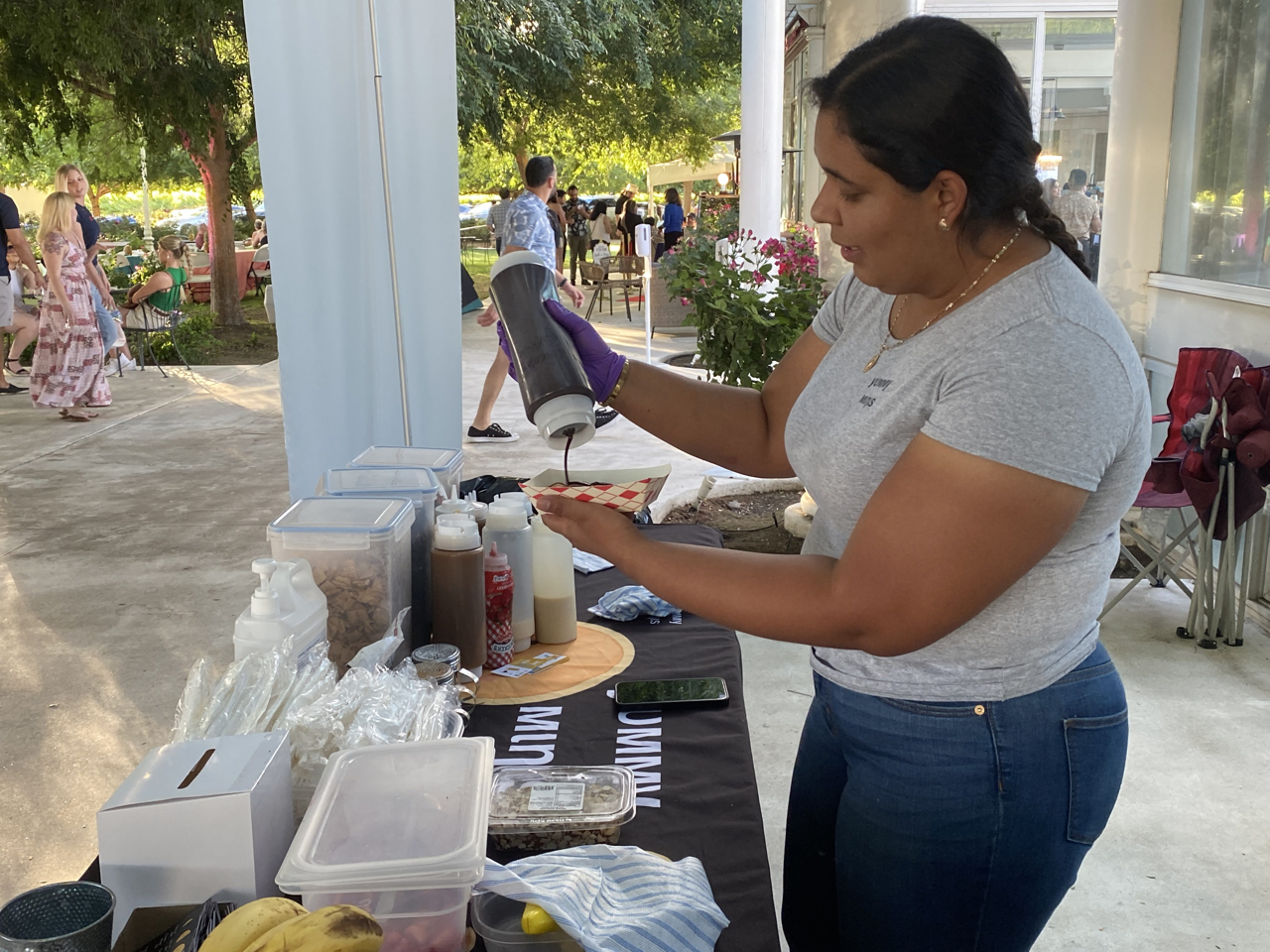 After two years of pandemic closures, followed by the post-COVID reality, the local restaurant industry made Monday a night to unwind. 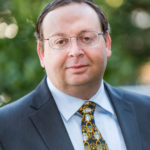 The local chapter of the California Restaurant Association celebrated its workers with an Appreciation Bash. Food trucks fed the crowd, with several vintners and brewers quenching thirsts.

“Every one of us restauranteurs as employers, we depend on these staff members to be there for us. And this is one way for us to give back,” said Raul Gutierrez Jr., president of the local chapter and owner of Papi’s Mexican Grill.

Gutierrez remains optimistic about the industry’s fortunes, as restaurants continue to recover. In 2020, government-mandated shutdowns were the problem. Now, Gutierrez says, they are dealing with supply shortages, inflation, and labor issues.

Looking back at dealing with the pandemic, he wished that the government would have worked more closely with restaurants.

“We could have worked better, hand in hand together, as an industry with the government to maybe come up with better rules and protocols. I think a lot of times in moments of desperation, I know people are reactive, but recognizing also that the industries that you’re affected should have a bigger voice. Maybe so they’re also part of the solution,” Gutierrez said.

From Valley Landmark to Prison-Themed Winery

The event was held in what used to be Sumner Peck Ranch south of Friant. Now, the buildings are leased by Solitary Cellars, a winery founded by Greg Bergersen.

Prison is the theme. Bergersen is a retired corrections officer who started making wine as a hobby in 2013. Pictures of famous prisoners — Charles Manson, Al Capone, and even Frank Sinatra — adorn the loo.

Solitary Cellars was located on the ApCal property near Highway 99 and Avenue 7. But COVID and road construction meant it was time to move.

“This place became available. Sumner Peck Ranch, the River Parkway was looking for a tenant, and we were at that time ready to move right away,” Bergersen said.

The winery gets its grapes from vineyards throughout the state. Ironically, it does not use the grapes grown on the property —yet. Gallo uses those grapes. Bergersen says he would love to partner with Gallo to make an estate wine. 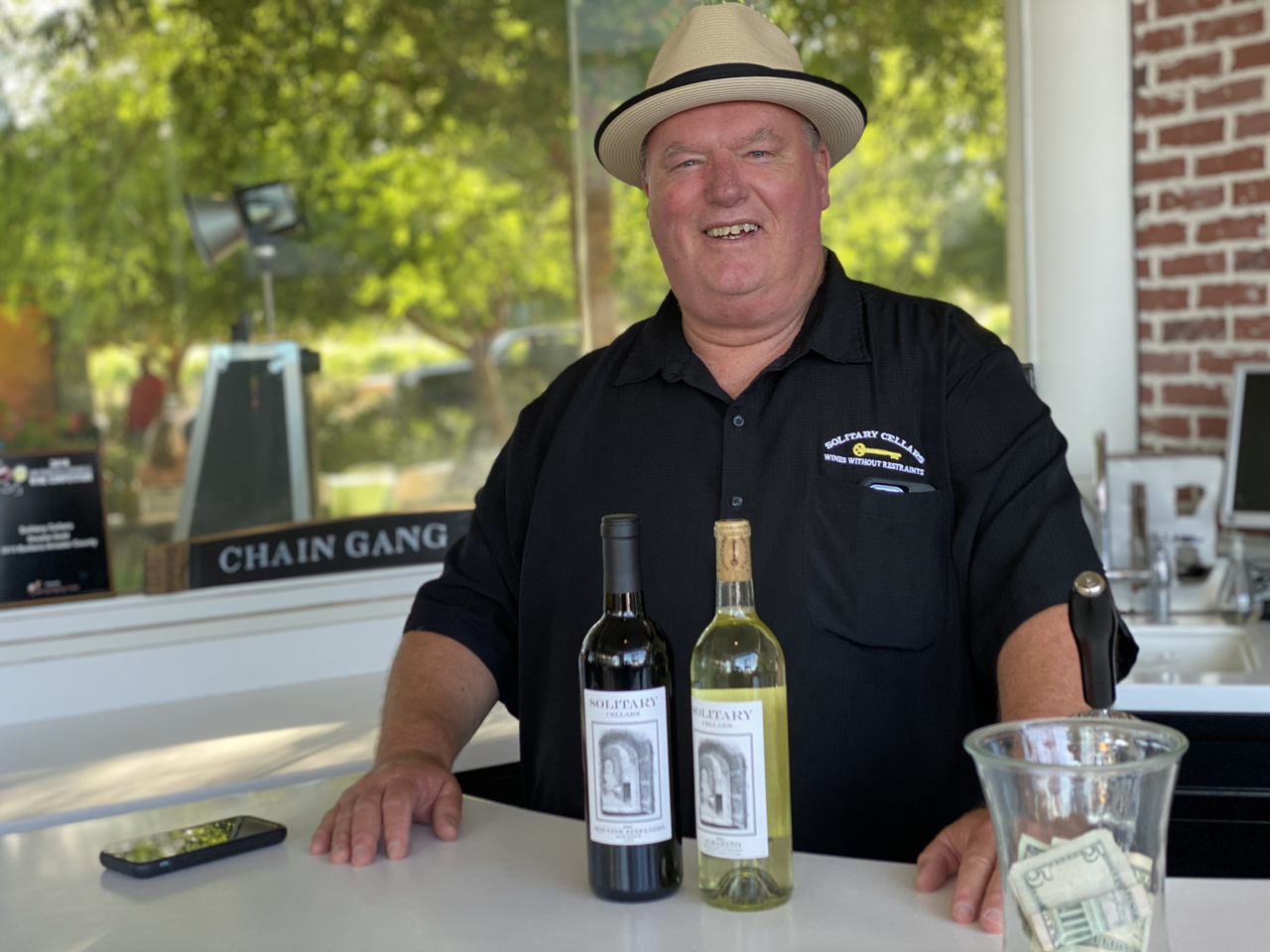 Food Truck a Labor of Love

Sonny Paz left behind a union job building hospitals and schools to follow his dream — owning a food truck. He and his wife run Burgers & More Co.

“We have more fun doing these events and I make more money than I did in the union,” Paz joked.

While the trend in food trucks is to go exotic, Paz saw the need for the basics.

“We ventured out to different kinds of foods to see which one would hit Fresno. There were no American food trucks. There were no burger trucks,” Paz said.

There is plenty of work to go around for local food trucks. Burgers & More can usually be found at winery tasting rooms, like ApCal and Engelmann Cellars. 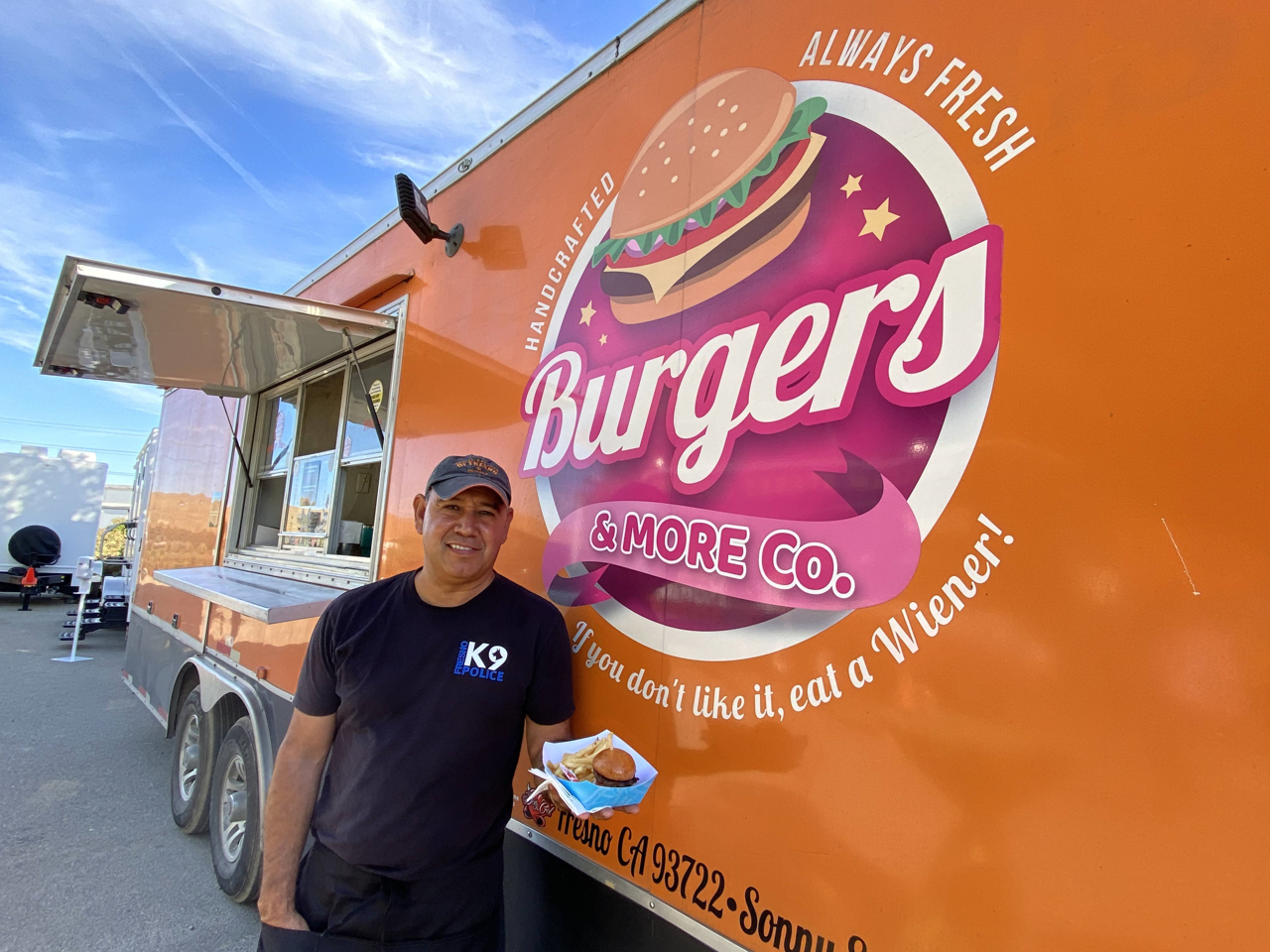 Pancakes for Dessert? You Bet

Technically, Jhasmin Rodriguez does not have a food truck. She sets up tables at events like the River Park Farmers Market. She makes desert mini-pancakes, appropriately called Yummy Minis.

She was inspired by a road trip she took to Los Angeles.

“When we saw them, we said Fresno doesn’t have any. So how about we bring him into Fresno? Ever since then, they have been really good,” Rodriguez said.

She cooks the pancakes on site, with a variety of flavors — strawberry, chocolate, banana, and cinnamon.

Maybe one day, Rodriguez says, she will move into a truck. For now, she keeps busy, working with her mom by her side.