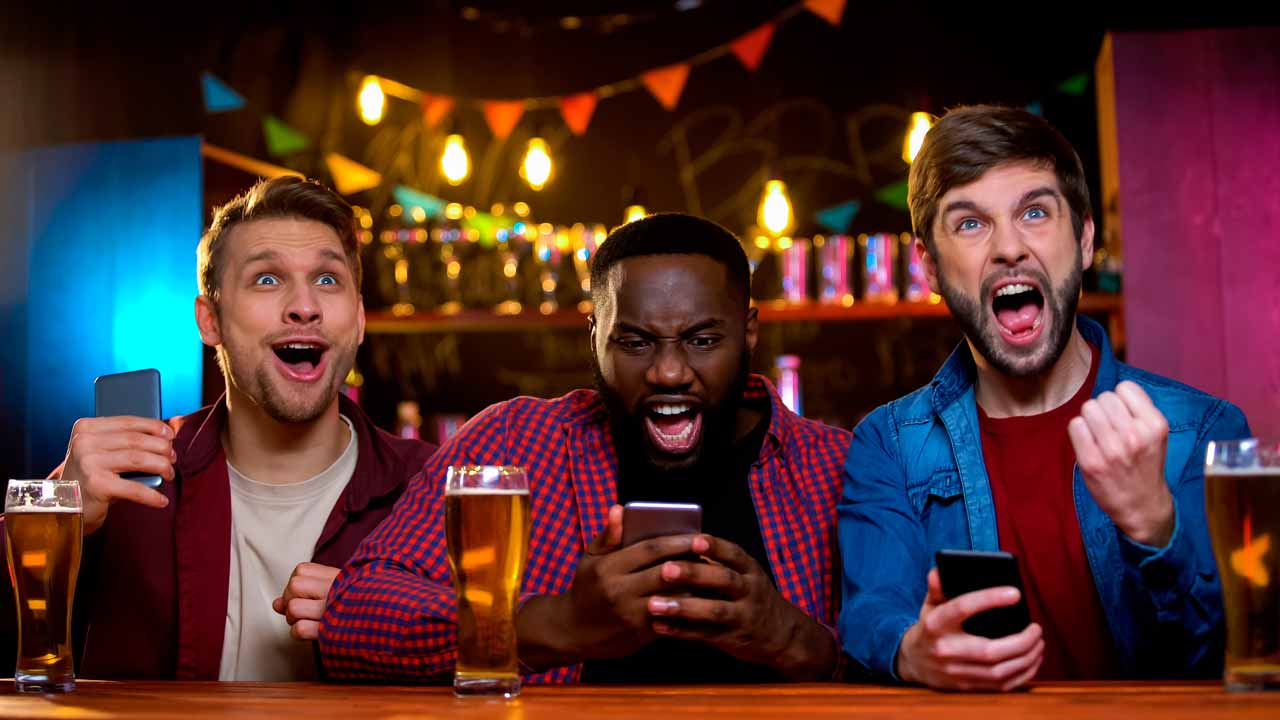 The stage is set for an all-out battle over a Fan Duel/Draft Kings on-line sports betting measure on the California ballot, says Dan Walters. (Shutterstock)
Share with friends

Earlier this year, it seemed possible that California voters would face the bewildering civic task of choosing which of four competing measures to legalize sports wagering would prevail — if any.

Now, however, it’s down to two and it could be just one by the time votes are cast in the November election — or maybe even none.

About 30 states have some form of legal wagering on sports events, thanks to a 2018 Supreme Court decision overturning a federal ban on such bets. California, the biggest potential market, has lagged because of protracted wrangling over who could operate sports books.

Indian tribes, which have a monopoly on casino gambling in California, longed to expand into sports wagering, but horse racing tracks and local cardrooms also wanted the action and so did the big online wagering corporations such as Fan Duel and Draft Kings.

The issue knocked around the Legislature, without resolution, for several years as the competing interests jousted for position. Finally, a group of casino-owning tribes, led by Pechanga, qualified a ballot measure that would require sports bets to placed personally inside casinos and at horse tracks.

The measure also took a shot at the tribes’ old enemies, the cardrooms, by exposing them to some lawsuits.

In response, a coalition of cardrooms, aided by local government officials, floated a competing measure that would give them a piece of the action, but it failed to garner enough signatures.

The Fan Duel/Draft Kings faction then weighed in with a measure allowing on-line betting and that, in turn, sparked a second coalition of three tribes, called Californians for Tribal Sovereignty and Safe Gaming, to offer their own on-line wagering measure.

Its sponsors feared that if voters were given only a choice between Pechanga’s in-casino betting measure and the on-line wagers offered by Fan Duel, Draft Kings, et al,, they’d opt for the latter, preferring to use their computers and smart phones rather than drive to one of the tribal casinos, which are often in rural areas.

However, a few days ago, tribal sponsors of the alternative on-line measure decided to forego the 2022 ballot, aim for 2024 and go all-out to defeat the Fan Duel/Draft Kings version. On-line and television spots depicting the measure as a money grab by out-of-state interests are already running.

So, it would seem, the stage is set for an all-out battle over the Fan Duel/Draft Kings on-line measure — but it’s not quite that simple. The Pechanga measure requiring in-person betting has enough signatures to make the ballot so its tribal backers must decide whether to proceed or drop it and join the other tribal group’s battle against the on-line corporate proposal.

If the Pechanga measure remains on the ballot, it will also face a stiff opposition campaign by the cardrooms because of its gratuitous lawsuit provision.

Finally, there is a chance — although probably not a very good one — that rather than spend several hundred million dollars fighting each other, the factions would do what they had been unable to do for years: compromise and withdraw everything from the ballot.

For many years, once a measure qualified for the ballot, it would remain even if its sponsors changed their minds. But a recent change in state law allows qualified measures to be withdrawn, thus providing leverage to force legislative action.

The provision has already been implemented once this year. A measure changing California’s limit on medical malpractice damages is being taken off the ballot because of a compromise that’s been given fast-track approval in the Legislature.