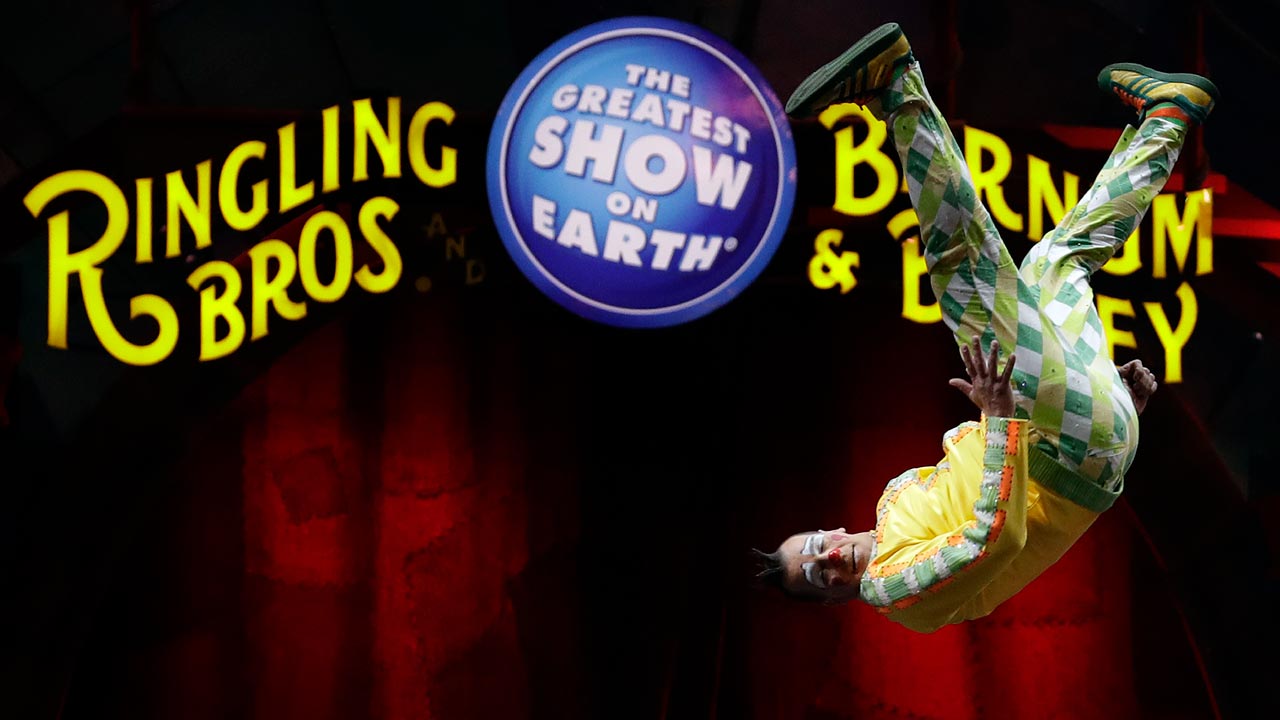 A Ringling Bros. and Barnum & Bailey clown does a somersault during a performance. (AP File Photo/Chris O'Meara)
Share with friends

“The Greatest Show on Earth” is making a comeback featuring extraordinary humans and no animal acts five years after shutting down its three-ring circus, Ringling Bros. and Barnum & Bailey announced Wednesday.

Talent teams have already conducted auditions in Argentina, Mongolia, Ethiopia, France and the United States, with more than 1,000 performers applying to join a 50-city North American tour starting in September 2023, and international dates to follow, according to the owner of the historic circus, Feld Entertainment.

“For us, Ringling is about bringing the world’s talents to people’s hometowns,” the chief operating officer, Juliette Feld Grossman, told The Associated Press in an interview. “We are entertainment for everyone and it’s important that everyone who comes to the show finds something and someone that they can really connect and relate to.”

The company heard from many fans after ending its 146-year run five years ago following intense criticism over its use of circus animals, and has considered their comments while re-imagining how to “keep the franchise fresh and alive,” she said.

In the new production, audiences will become “co-collaborators” with the performers, bringing them closer to the action and creating a different experience with every show, she said.

Ringling also wants to “tell the personal stories of the performers,” she said.

“Our performers dedicate their lives to doing oftentimes risky, very technically challenging and athletic performances, and they do it because they are passionate about it,” she said. “And we want our audience to know more about them to understand how they trained, where they came from, what inspired them to create and develop this particular skill.”

The circus took down its tents for the last Ticket sales declined for years as customers became conflicted about its treatment of circus animals. Costly court battles led to the end of elephant acts in 2016. But the circus still “holds a special place in people’s hearts,” Feld Grossman said. And animal rights groups praised the “animal-free revamp” after the company described its plans in more general terms last year.

“Any time I meet someone and I tell them something about what I do, they tell me their personal story about Ringling and the first time they went, or the most memorable time that they went. That’s something that confirms to us, that validates that we have something special here,” she said.

“It’s going to be really special for parents to bring their children and to bring the grandparents as well, and to have that continuity across generations of enjoying a kind of entertainment that has been around for so long but still speaks to today.”