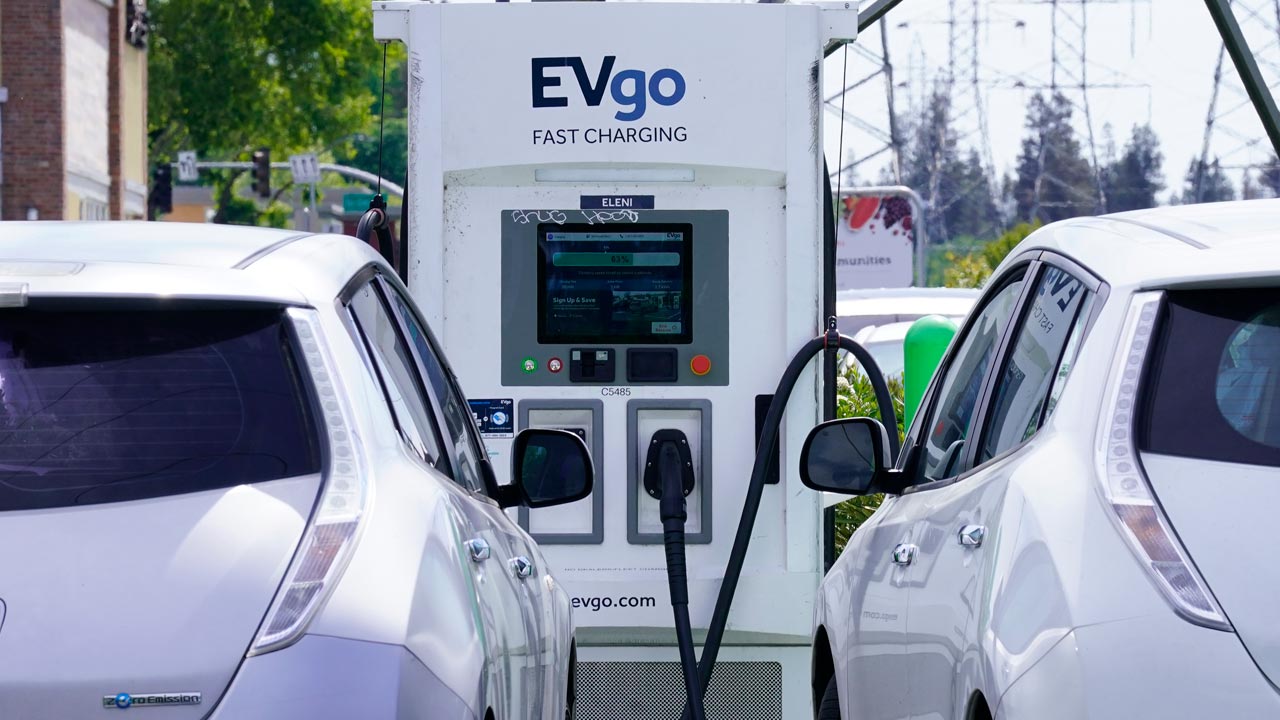 California’s much-vaunted shift to electric cars may turn out to be another state effort that becomes a managerial disaster, Dan Walters says. (AP File Photo/Rich Pedroncelli)
Share with friends

The board released “a draft plan that, when final, will guide the state’s transition to a clean energy economy, drastically reduce the use of fossil fuels, achieve carbon neutrality by 2045 or sooner, and significantly clean the state’s air especially in disadvantaged communities disproportionately burdened by persistent pollution.”

Much of the plan is concentrated on transportation — particularly cars and trucks — which is the largest single emitter of carbon dioxide and other pollutants.

Newsom, meanwhile, crowed that with new state subsidies, sales of battery-powered zero-emission vehicles (ZEVs) have exceeded 16% of all new vehicle sales so far this year, more than double the proportion in 2020. He also noted that Californians make half of nationwide purchases of electric vehicles.

“Our state is on the frontlines of extreme weather, and we’re taking aggressive steps to protect Californians from the costs of climate change — transitioning away from the big polluters fueling this crisis and towards clean energy,” Newsom said. “These incentives make it easier and cheaper to make that transition.”

This year’s increase in electric car sales was, no doubt, spurred in part by a steep hike in gasoline prices, as well as subsidies – which poses an interesting dichotomy. Newsom has decried those fuel price spikes and wants the state to offset them with payments to motorists, which would reduce some of their motivation to buy electric cars.

By happenstance, as Newsom and the air board were issuing their upbeat messages about the shift, a financial data website, Forbes Advisor, was revealing that California has one of the nation’s worst records on providing recharging sites for ZEV owners.

Its study, drawn from U.S. Department of Energy data and numbers from all 50 states, found that North Dakota is the nation’s most ZEV-friendly state with one charging station for every 3.18 electric vehicles.

Wyoming, Rhode Island, Maine and West Virginia round out the top five.

Okay, so California is lacking when it comes to infrastructure needed to support the ZEV nirvana that Newsom and the ARB envision, both in terms of electrical power supply and sites to connect that power to electric cars.

However, the situation may actually be worse.

Again by happenstance, last week brought us evidence that not only is California failing to provide enough ZEV charging stations, but those it does have often don’t work.

David Rempel, a retired professor of bioengineering from UC Berkeley, and a team of volunteers tested 181 public Bay Area charging stations with 657 plug-in kiosks and found 73% in working order but 23% had inoperable screens, payment failures or broken connector cables and in 5% cables were too short to reach vehicles recharging inlets.

California’s much-vaunted shift to electric cars may turn out to be one of the state government’s many high-concept programs that become managerial disasters, another Department of Motor Vehicles or Employment Development Department.