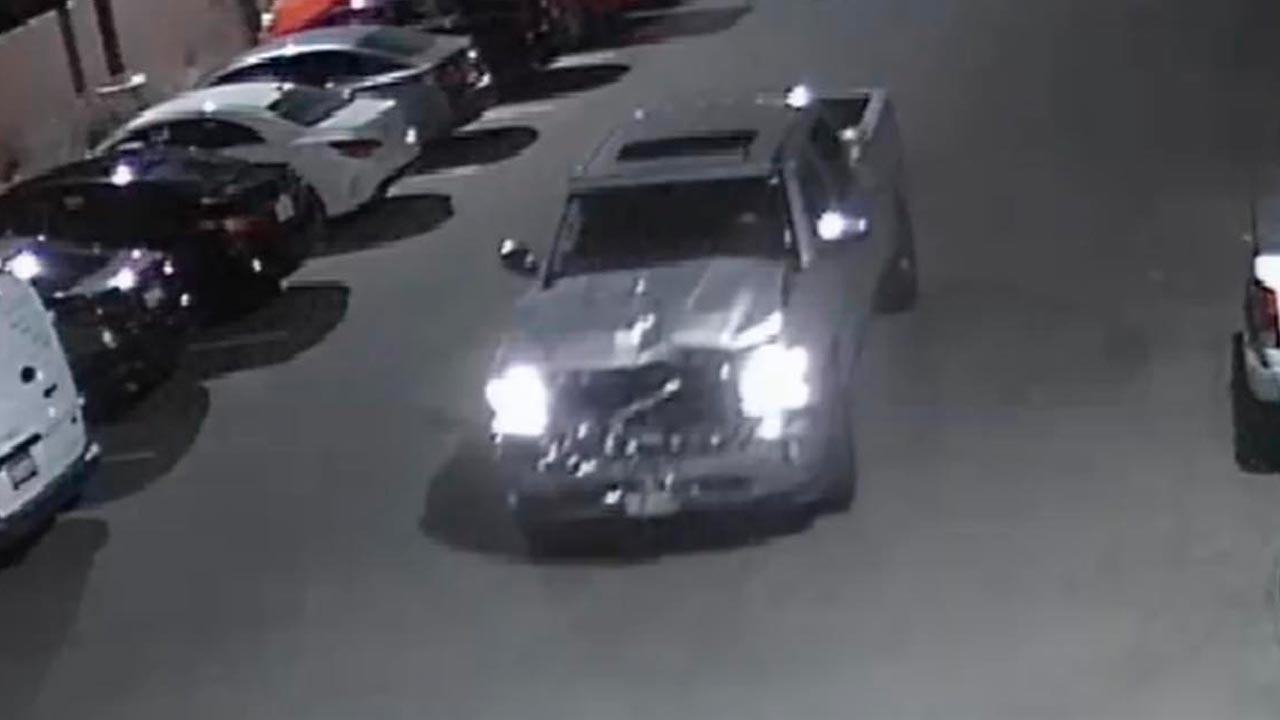 Surveillance video image shows a pickup truck that allegedly struck a woman and dragged her to the parking lot of a hotel. (Fresno Police Department via Facebook)
Share with friends

A man suspected in a fatal hit-in-run in northwest Fresno in which the victim’s body was dragged more than 8 miles was in critical condition after jumping from a three-story house in Bass Lake while deputies tried to arrest him, authorities said.

In addition, the Fresno County Sheriff-Coroner’s Office identified the victim Saturday as Monique Contreraz, 29, a homeless woman from Fresno.

Fresno Police Lt. Brian Valles told The Fresno Bee that 38-year-old Shawn Ginder was arrested by the Madera County Sheriff’s Office late Friday. Grinder was taken to a hospital where he was listed in critical condition, authorities said.

Struck at Herndon and Milburn

The victim in the hit-and-run was a 29-year-old woman who was pushing a shopping cart and had her dog on a leash when she was hit by a silver pickup truck at the intersection of Herndon and Millburn avenues in Fresno, police said. The driver of the truck didn’t stop and dragged the woman’s body several miles to a hotel parking lot.

At the hotel, the driver parked the truck, got out, and went to the lobby to ask for a room, Fresno police said Friday. When the man was told there was no vacancy, he left and was pulling back in his truck when another hotel guest saw the woman’s partial remains dislodge from under the pickup truck and called police.