US Added 428,000 Jobs in April Despite Surging Inflation 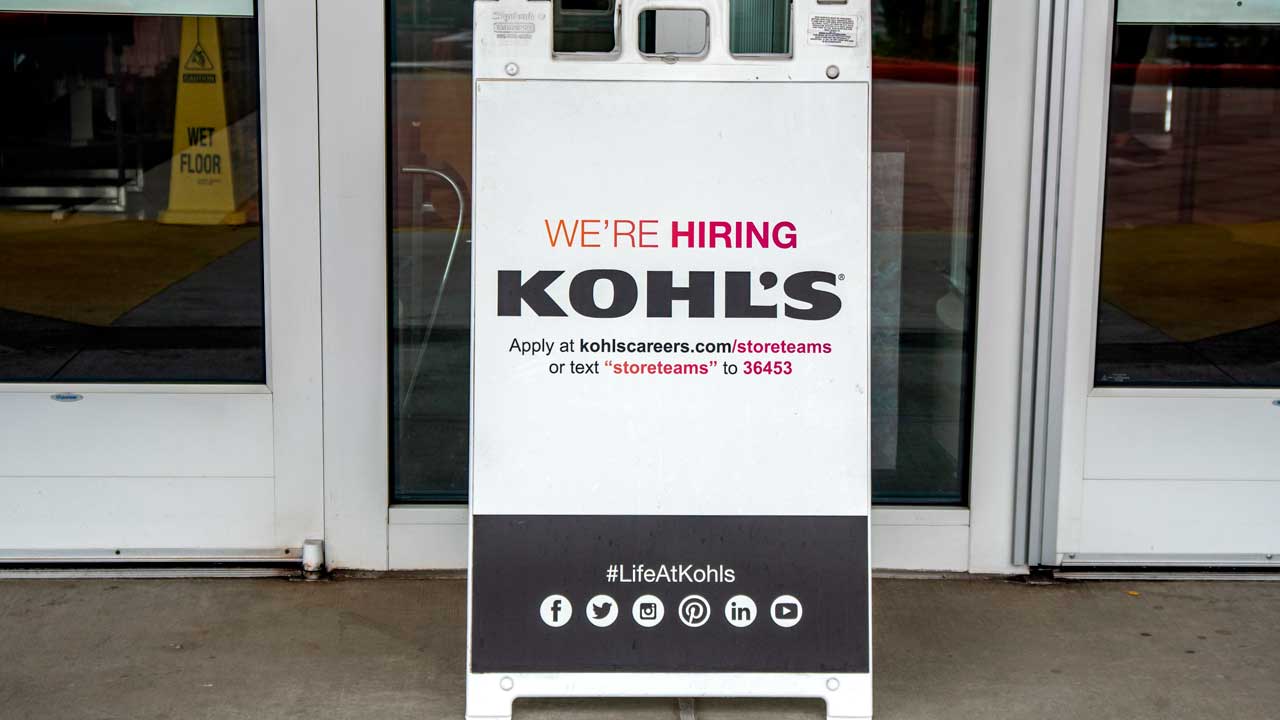 Employers added 428,000 jobs in April, extending a streak of solid hiring that has defied punishing inflation. (Shutterstock)
Share with friends

America’s employers added 428,000 jobs in April, extending a streak of solid hiring that has defied punishing inflation, chronic supply shortages, the Russian war against Ukraine and much higher borrowing costs.

Friday’s jobs report from the Labor Department showed that last month’s hiring kept the unemployment rate at 3.6%, just above the lowest level in a half-century.

The economy’s hiring gains have been strikingly consistent in the face of the worst inflation in four decades. Employers have added at least 400,000 jobs for 12 straight months.

At the same time, the April job growth, along with steady wage gains, will fuel consumer spending and likely keep the Federal Reserve on track to raise borrowing rates sharply to fight inflation. The U.S. stock market slumped in morning trading Friday on concern that the strength of the job market will keep wages and inflation high and lead to increasingly heavy borrowing costs for consumers and businesses. Higher loan rates could, in turn, weigh down corporate profits.

“With labor market conditions still this strong — including very rapid wage growth — we doubt that the Fed is going to abandon its hawkish plans,″ said Paul Ashworth, chief U.S. economist at Capital Economics.

The latest employment figures did contain a few cautionary notes about the job market. The government revised down its estimate of job gains for February and March by a combined 39,000.

And the number of people in the labor force declined in April by 363,000, the first drop since September. Their exit slightly reduced the proportion of Americans who are either working or looking for work from 62.4% to 62.2%. Many industries have been slowed by labor shortages. The nation remains 1.2 million jobs shy of the number it had in early 2020, just before the pandemic hammered the economy.

Bovino noted that some Americans are remaining on the sidelines of the workforce out of lingering concerns about COVID-19 or because of difficulty finding affordable daycare for unvaccinated children.

Employers kept handing out pay raises last month. Hourly wages rose 0.3% from March and 5.5% from a year ago. But prices are rising faster than pay is.

“Yes, we saw a bump in wages,” Bovino said. But with inflation at 40-year highs “people are still squeezed.”

Yet it’s unclear how long the jobs boom will continue. The Fed this week raised its key rate by a half-percentage point — its most aggressive move since 2000 — and signaled further large rate hikes to come. As the Fed’s rate hikes take effect, it will become increasingly expensive to spend and hire.

In addition, the vast economic aid that the government had been supplying to households has expired. And Russia’s invasion of Ukraine has helped accelerate inflation and clouded the economic outlook. Some economists warn of a growing risk of recession.

For now, the resilience of the job market is particularly striking when set against the backdrop of galloping price increases and rising borrowing costs. This week, the Labor Department provided further evidence that the job market is still booming. It reported that only 1.38 million Americans were collecting traditional unemployment benefits, the fewest since 1970. And it said that employers posted a record-high 11.5 million job openings in March and that layoffs remained well below pre-pandemic levels.

What’s more, the economy now has, on average, two available jobs for every unemployed person. That’s the highest such proportion on record.

And in yet another sign that workers are enjoying unusual leverage in the job market, a record 4.5 million people quit their jobs in March, evidently confident that they could find a better opportunity elsewhere.

The Fed, which most economists say was much too slow to recognize the inflation threat, is now raising rates aggressively. Its goal is a notoriously difficult one: a so-called soft landing.

“Trying to slow the economy just enough, without causing a recession,” said Rubeela Farooqi, chief U.S. economist at High Frequency Economics. “Their track record on that is not particularly good.”

Many business people, especially in industries like retail and hospitality, are still struggling with a tight labor market.

David Culhane is one of them. Since opening the White Mountain Tavern in Lincoln, New Hampshire, in August 2020, Culhane has raised his hourly starting wage from $12 to $15. Yet he still can’t bring his employee count up to the 15 he needs. He worries that he won’t have enough people to handle the summer tourist season.

His labor shortages are costly. With a full staff, Culhane could serve many more customers that he can now. In the meantime, food and electricity prices are rising.

In response, Culhane has had to raise the prices of some menu items by up to 50%. He now prices his 8-ounce steak with truffle parmesan fries and asparagus at $25, up from $17.

In his view, he has no choice.

“As (inflation) gets higher, and if we don’t adjust to that,” he said, “we are not going to make it.”

To fully achieve the staff levels they need, some companies may have to do more than raise pay.

“Employers and business leaders will need to go above and beyond salary increases to win the war for talent,’’ said Karen Fichuk, CEO of the staffing company Randstad North America. “That will mean responding to new cultural norms and generational differences.’’

Many young people, she said, want jobs that provide an attractive work-life balance, prioritize diversity and offer the opportunity to make a positive difference in society.

Among those taking advantage of more flexible work arrangements is Grace Rosenback of Mountainair, New Mexico. The freedom to work from home — a necessity during the pandemic — has proved to be a blessing for Rosenback.

After undergoing a heart transplant in 2019, Rosenback, now 49, had to stop working for a year. A designer of presentations for marketing firms and other companies, she is working remotely for a contractor and hopes to land a full-time job with the client company once the four-month contract expires.

The business world, she said, “has pretty much accepted that everyone can be remote.’’

US Quietly Expands Asylum Limits While Preparing to End Them