Israel Lashes Out at Russia Over Lavrov's Nazism Remarks 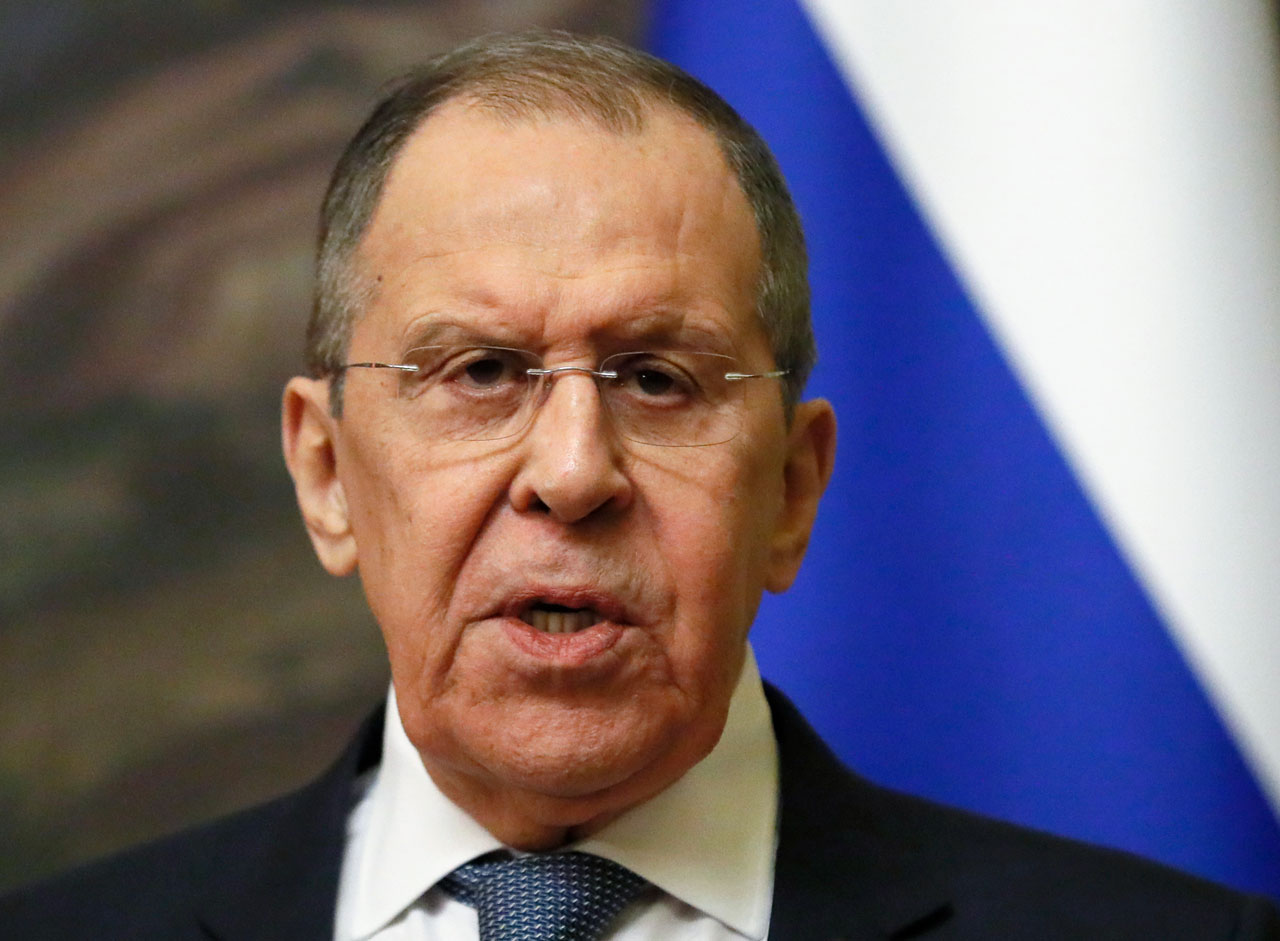 Russian Foreign Minister Sergey Lavrov is under heavy criticism for his comments about Nazis and antisemitism. (AP File)
Share with friends

TEL AVIV, Israel — Israel on Monday lashed out at Russia over “unforgivable” comments by its foreign minister about Nazism and antisemitism — including claims that Adolf Hitler was Jewish. Israel, which summoned the Russian ambassador in response, said the remarks blamed Jews for their own murder in the Holocaust.

“The lowest level of racism against Jews is to blame Jews themselves for antisemitism.” — Israeli Foreign Minister Yair Lapid

It was a steep decline in the ties between the two countries at a time when Israel has sought to stake out a cautious position between Russia and Ukraine and remain in Russia’s good stead for its security needs in the Middle East.

Asked in an interview with an Italian news channel about Russian claims that it invaded Ukraine to “denazify” the country, Sergey Lavrov said that Ukraine could still have Nazi elements even if some figures, including the country’s president, were Jewish.

“So when they say ‘How can Nazification exist if we’re Jewish?’ In my opinion, Hitler also had Jewish origins, so it doesn’t mean absolutely anything. For some time we have heard from the Jewish people that the biggest antisemites were Jewish,” he said, speaking to the station in Russian, dubbed over by an Italian translation.

In some of the harshest remarks since the start of the war in Ukraine, Israeli Foreign Minister Yair Lapid called Lavrov’s statement “unforgivable and scandalous and a horrible historical error.”

“The Jews did not murder themselves in the Holocaust,” said Lapid, the son of a Holocaust survivor. “The lowest level of racism against Jews is to blame Jews themselves for antisemitism.”

Later, Lapid said Israel makes “every effort” to have good relations with Russia. “But there’s a limit and this limit has been crossed this time. The government of Russia needs to apologize to us and to the Jewish people,” he said.

Prime Minister Naftali Bennett, who has been more measured in his criticism of Russia’s invasion, also condemned Lavrov’s comments.

“His words are untrue and their intentions are wrong,” he said. “Using the Holocaust of the Jewish people as a political tool must cease immediately.”

ZAPORIZHZHIA, Ukraine  — People fleeing besieged Mariupol described weeks of bombardment and deprivation as they arrived Monday in Ukrainian-held territory, where officials and relief workers anxiously awaited the first group of civilians evacuated from the steel plant that is the last stronghold of Ukrainian fighters in the devastated port city.

Video posted online Sunday by Ukrainian forces showed elderly women and mothers with small children climbing over a steep pile of rubble from the sprawling Azovstal steel mill and boarding a bus.

More than 100 civilians from the bombed-out plant were expected to arrive in Zaporizhzhia, about 140 miles northwest of Mariupol, on Monday, Ukrainian President Volodymyr Zelenskyy said.

“Today, for the first time in all the days of the war, this vitally needed green corridor has started working,” he said Sunday in a video message.

However, at least some of the people evacuated from the plant on Sunday were apparently taken to a village controlled by Moscow-backed separatists. The Russian military said that some chose to stay in separatist areas, while dozens left for Ukrainian-held territory. The information could not be independently verified. 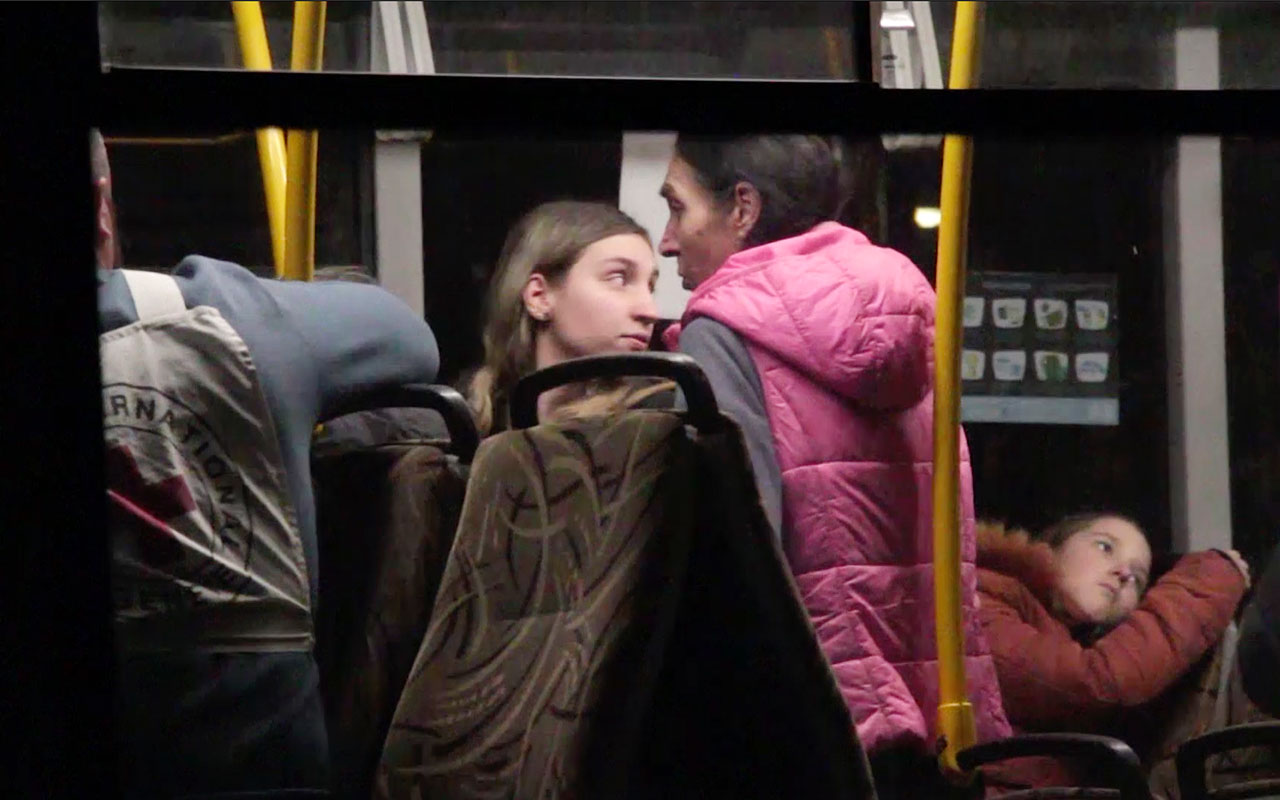 In this photo taken from video, civilian evacuees sit in a bus in an area controlled by Russian-backed separatist forces in Bezimenne, about 12 miles east of Mariupol, Ukraine, Saturday, April 30, 2022. Ukrainian President Volodymyr Zelenskyy has confirmed that an evacuation is underway of civilians at a steel plant in the bombed-out city of Mariupol. Zelenskyy said on social media Sunday that a group of 100 people are on their way from Azovstal steelworks to Ukrainian-controlled territory. (AP)

— Israel angered by Lavrov’s remarks on Hitler and Nazism

BRUSSELS — Poland urged its European Union partners on Monday to unite and impose sweeping sanctions on Russia’s oil and natural gas sectors over the war in Ukraine, and not to cave in to pressure to pay for their gas in Russian rubles.

EU ministers are meeting in Brussels to discuss their response to Russia’s decision last week to cut gas supplies to Bulgaria and Poland. Energy giant Gazprom says the two countries failed to pay their bills in April.

“We will call for immediate sanctions on Russian oil and gas. This is the next, and urgent, and absolute step,” Polish Climate and Environment Minister Anna Moskwa said. “We already have coal. Now it’s time for oil, and (the) second step is for gas. The best option is, take them all together.”

Russian energy giant Gazprom cut supplies to Bulgaria and Poland last week after President Vladimir Putin said that “unfriendly” countries must start paying for gas in rubles, Russia’s currency. Bulgaria and Poland have refused to do so, like most EU countries. More Gazprom bills are due May 20, and the bloc is wary that Russia might turn off more taps then.

The 27 nation EU imports around 40% of the gas it consumes from Russia. But some member countries, notably Hungary and Slovakia, are more heavily dependent on Russian supplies than others, and support for a gradual phasing in of an oil embargo is emerging.

Zelenskyy: Ukrainians Taken to Russia Against Their Will

ATHENS, Greece — Ukrainian President Volodymyr Zelenskyy says that half a million Ukrainians have been “illegally taken to Russia, or other places, against their will.”

Speaking to Greek state TV ERT, Zelenskyy said the remaining civilians in the Azovstal factory in the city of Mariupol are afraid to board buses because they believe they will be taken to Russia.

The United Nations has begun evacuating civilians from the factory.

Zelenskyy said U.N. Secretary-General António Guterres assured him that those evacuated would end up in an area controlled by the government of Ukraine.

“We want to believe this,” the Ukrainian leader said.