Lawmakers Want US To Set up Field Hospitals for Ukraine 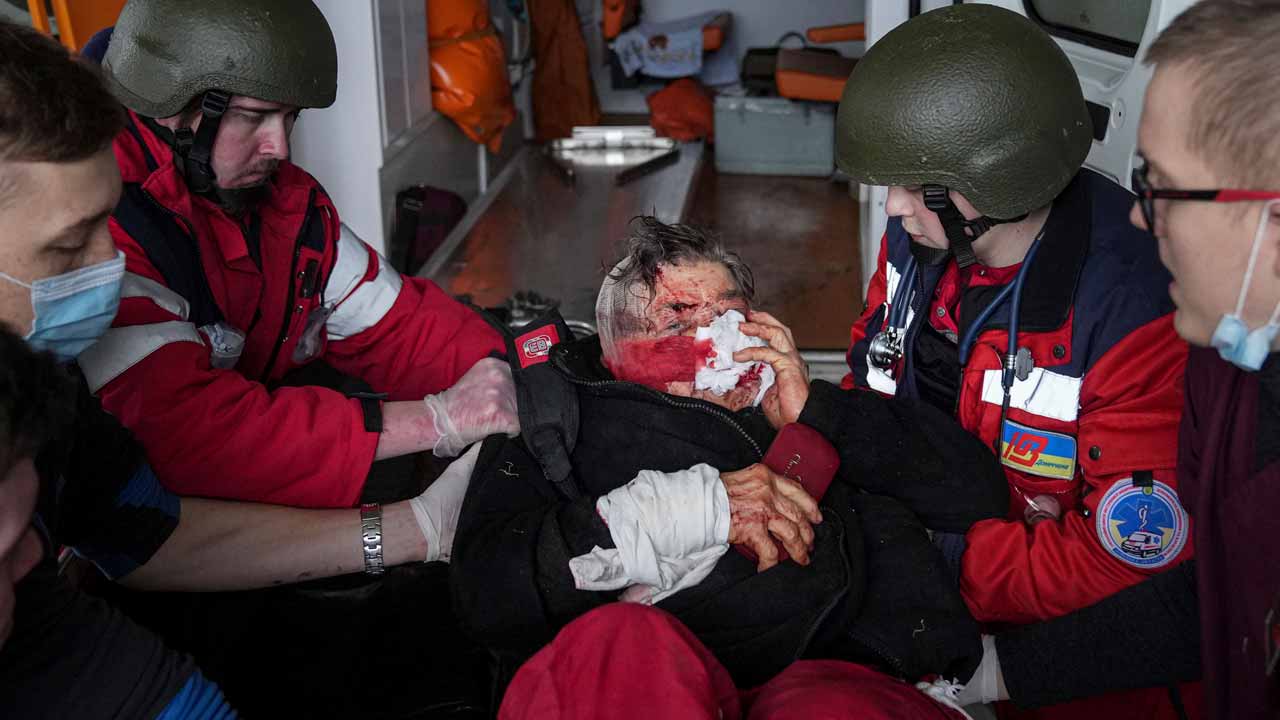 Ambulance paramedics move a civilian wounded in shelling onto a stretcher to a maternity hospital converted into a medical ward in Mariupol, Ukraine, March 2, 2022. (AP File)
Share with friends

WASHINGTON — A bipartisan group of U.S. lawmakers is calling on the Biden administration to establish field hospitals near Ukraine’s border and ramp up medical support for what’s expected to be a monthslong war of attrition waged by Russia.

Forces aligned with Ukraine have suffered thousands of casualties since Russia invaded on Feb. 24. And Russian strikes on hospitals and other non-military targets have killed large numbers of civilians and strained Ukraine’s ability to care for sick and wounded people. The Associated Press has documented three dozen Russian attacks on medical facilities, hitting medics, patients, and even newborns.

More than a dozen House members wrote Friday to Secretary of State Antony Blinken and Defense Secretary Lloyd Austin asking for the U.S. to fill gaps in Ukraine’s medical infrastructure. The steps recommended by the group include opening field hospitals in eastern Poland, providing Ukraine with armored ambulances and taking some of the sick and wounded to the U.S. military’s Landstuhl regional hospital in western Germany.

“We’re going to have to really step up in a really big way to relieve the combat wounded and civilian casualties that will be coming in the weeks and months ahead,” said Rep. Jason Crow, a Colorado Democrat who recently visited Poland and other countries in the region.

Rep. Joe Wilson, a South Carolina Republican, said in a statement that “we must remain united and provide Poland and our other NATO partners with the necessary medical and healthcare assistance to alleviate the suffering of the Ukrainian people.”

War in Eastern Ukraine Could Go Into Summer

With diplomatic efforts making little public progress so far, most observers believe the war in eastern Ukraine could go into the summer. President Joe Biden has committed to the U.S. ramping up its support for Ukraine while not sending U.S. troops to Ukraine and avoiding actions the White House sees as drawing Russian President Vladimir Putin into a direct conflict with Washington. Deploying U.S. doctors and medics to eastern Poland could be risky if there’s a strike near the border.

Crow said he supported Biden’s decision not to send troops or establish a no-fly zone over parts of Ukraine to limit the risk of escalation with Russia. But providing medical support should not be seen as escalatory, he said.

After failing to take Kyiv and other major cities across Ukraine, Russia has shifted its forces into a battle focused on Ukraine’s south and east. Putin appears to be focusing on a boomerang-shaped front through much of Ukraine’s Donbas region, bombarding military sites as well as hospitals and other known shelters for civilians.

Ukraine has held out against Putin’s offensive longer than much of the world expected. An estimated 2,000 troops remain holed up inside a sprawling steel plant in the key port city of Mariupol, which Russia is close to taking after having bombed and shelled it for weeks. Biden on Thursday announced an additional $1.3 billion in new weapons and economic assistance.

Even hundreds of miles away from the front line, field hospitals in eastern Poland staffed by U.S. and Western personnel could ease the burden on Ukraine and “make sure there’s sustainability to this conflict,” said Crow, a former Army Ranger.

“The Ukrainians just do not have the capacity to support tens of thousands of combat-wounded over the course of months,” he said.

Marine Corps Lt. Col. Anton T. Semelroth, a Pentagon spokesman, said the Defense Department since the war began has provided first aid kits and tourniquets to Ukraine, and “we are considering what additional assistance could be provided.”

State Department spokesman Ned Price, asked about Ukraine’s medical needs, noted that the U.S. is providing “the Ukrainian government with resources it can use as it sees fit.”