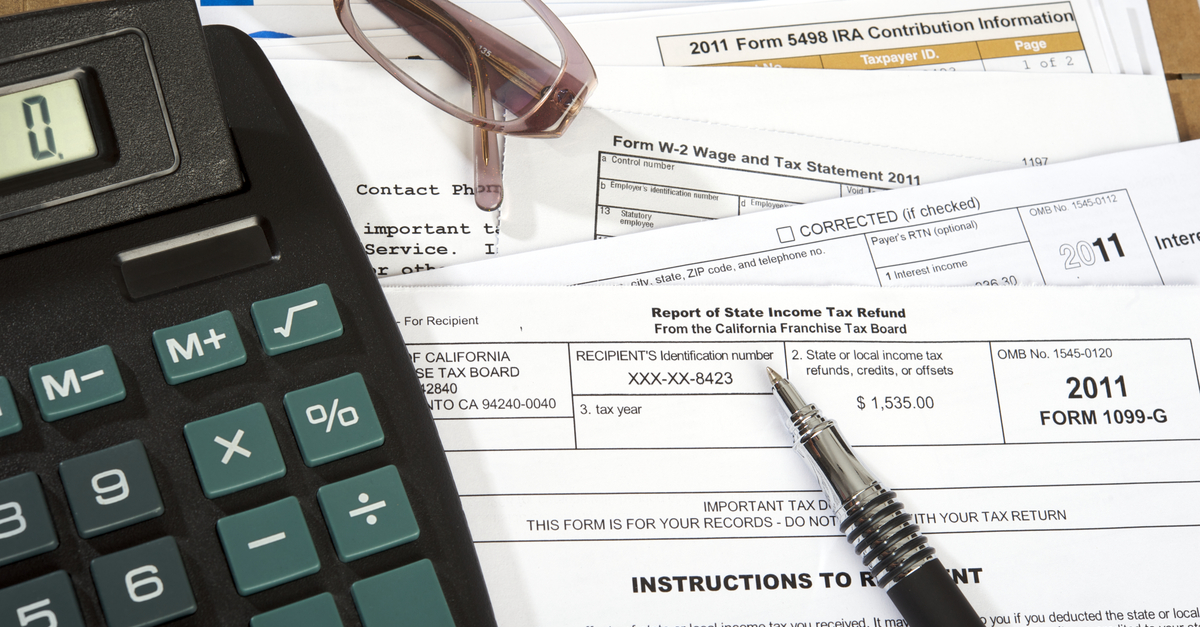 A recent statewide poll found that about two in three California voters consider the taxes that they have to pay are too high. (Shutterstock)
Share with friends

California taxpayers faced a trifecta of taxes this month as they filed federal and state income tax returns and paid their semi-annual property tax bills.

Their payments underscored California’s well-deserved reputation of being a high-tax state. Measured by either a percentage of personal income or a share of economic output, California’s state and local taxes are the fifth highest of any state, according to the Tax Foundation.

Personal and corporate income taxes, state and local sales taxes and local property taxes, plus dozens of lesser levies, such as gasoline and utility taxes, generate something north of $400 billion a year for officials to spend. Californians also pay another half-trillion dollars or so into the federal treasury each year ($472 billion in 2019). On average, Californians are coughing up more than $20,000 each.

So, to paraphrase Goldilocks and the Three Bears, are Californians’ taxes too high, too low or just about right?

California’s preeminent polling organizations, UC-Berkeley’s Institute of Governmental Studies and the Public Policy Institute of California, tested that questions in recent surveys and found that Californians are somewhat resentful about the taxes they pay.

The Berkeley-IGA poll found that “about two in three voters (64%) consider the federal and state income taxes that they and their family have to pay are too high. This represents a 10 percentage-point increase in the proportion of voters who said this six years ago, the last time a comparable question about income taxes was included in a statewide voter poll.”

One factor in the perception that taxes are too high is that an increasing number of those surveyed said their personal financial situations had declined in the past year. “The findings indicate that many Californians are feeling pinched in today’s economy,” G. Cristina Mora, IGS co-director, said.

“When asked about the amount of taxes they pay to state and local governments, more than six in 10 Californians say they are either paying much more (35%) or somewhat more (27%) than they should,” PPIC’s Dean Bonner said in a blog posting. “About one in three say they are paying about the right amount.”

Although many of the Legislature’s dominant Democrats publicly advocate raising taxes to finance expanded social, medical and educational services, it would be close to impossible to actually pass a major tax increase in the Capitol, given the public’s mood. That wariness was a major factor in stalling legislation to create a single-payer health care system, which would have required an immense tax increase.

Two would increase income taxes on the state’s wealthiest residents, who already pay a huge share of the state’s income taxes. Philanthropist Cari Tuna’s measure would tax those with incomes of more than $5 million to finance pandemic detection programs, while another proposal, mostly financed by Lyft, would hit those earning more than $2 million to build infrastructure for low-emission vehicles.

They will be competing with a measure proposed by the Business Roundtable to make it more difficult to enact higher taxes in the Legislature by requiring voter approval and raising the vote threshold for local tax increases.

Backers of the two income tax measures hope voters will continue their willingness to levy taxes they won’t have to pay. Meanwhile, the business groups hope that voters’ concerns about their own tax burdens, as shown in the polls, will make them willing to limit politicians’ taxation powers.