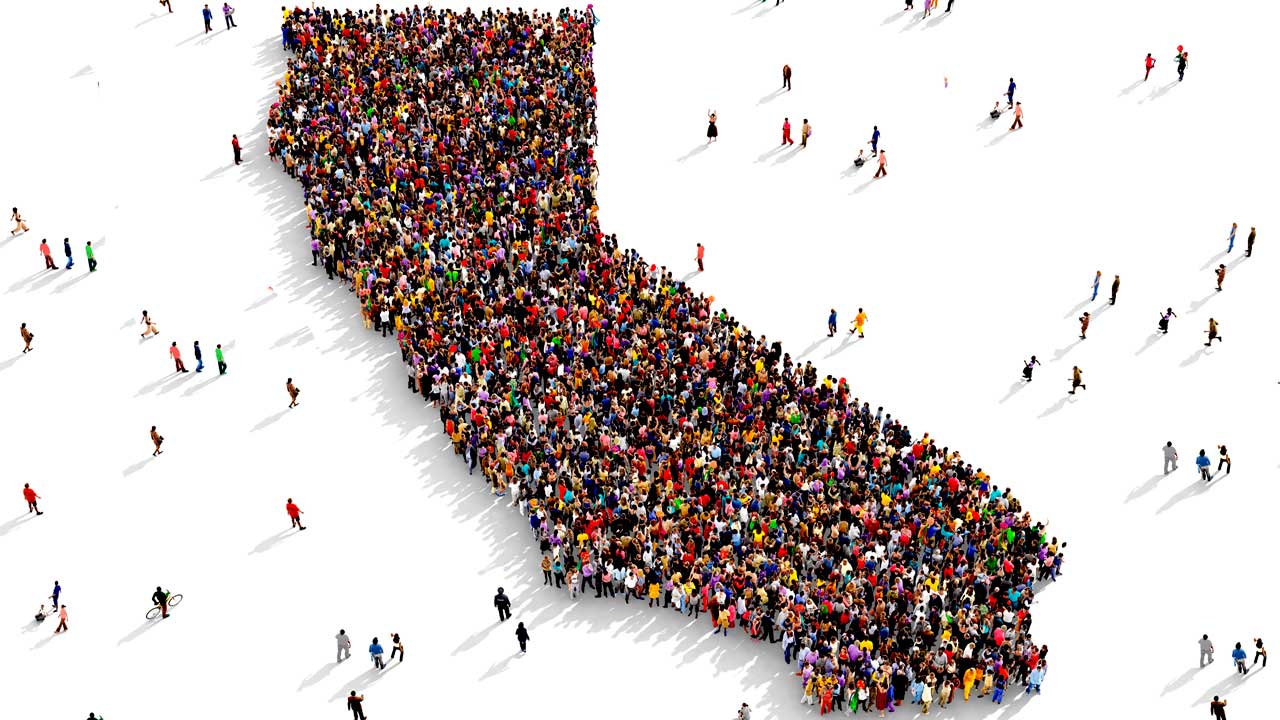 Although California’s population growth began to slow in the 1990s after exploding in the previous decade by 6 million people, both official and independent demographers continued to see relatively strong growth for decades to come.

In 2007, then-Gov. Arnold Schwarzenegger’s in-house demographers projected that California would have 39.9 million residents by 2011. It didn’t happen.

In 2016, with the state’s population estimated at 38.7 million, the Public Policy Institute of California declared that “California will continue to gain millions of new residents in each of the next two decades, increasing demand in all areas of infrastructure and public services – including education, transportation, housing, water, health, and welfare.”

That’s not going to happen either.

The 2020 census pegged the state’s population at 39.5 million and a recent report from the Census Bureau says California had a net loss of more than a quarter-million residents between July 1, 2020, and July 1, 2021.

“California appears to be on the verge of a new demographic era, one in which population declines characterize the state,” PPIC demographer Hans Johnson writes in a new analysis. “Lower levels of international migration, declining birth rates, and increases in deaths all play a role. But the primary driver of the state’s population loss over the past couple years has been the result of California residents moving to other states.”

Ongoing Exodus to Other States

Instead of zooming past 40 million to 45 and then 50 million by mid-century, as earlier projections indicated, California may remain stuck just under 40 million indefinitely.

That said, a stagnant population doesn’t mean a lack of demographic change. Declining birth rates, the aging of the large baby boom cohort and rising death rates – three other components – mean, for example, that as a whole, California’s population is growing older. We’re already seeing sharp declines in public school enrollment from the state’s baby bust.

The state-to-state migration patterns Johnson cites also affect the composition of an otherwise stagnant population. Overall, he says, those leaving the state tend to have low to moderate incomes and relatively low levels of education while those moving here have higher levels of education and income.

“Most people who move across state lines do so for housing, job, or family reasons,” Johnson writes. “Since 2015, among interstate movers who cite housing as the primary reason, California has experienced net losses of 413,000 adults (according to the Current Population Survey).

While the differences between incomers and outgoers would seem, at least superficially, to be a net positive for California, they have some very negative effects, including a worsening shortage of workers and widening the state’s already immense economic divide.

“The state’s high cost of living, driven almost solely by comparatively high housing costs, remains an ongoing public policy challenge – one that needs resolution if the state is to be a place of opportunity for all of its residents,” Johnson concludes.