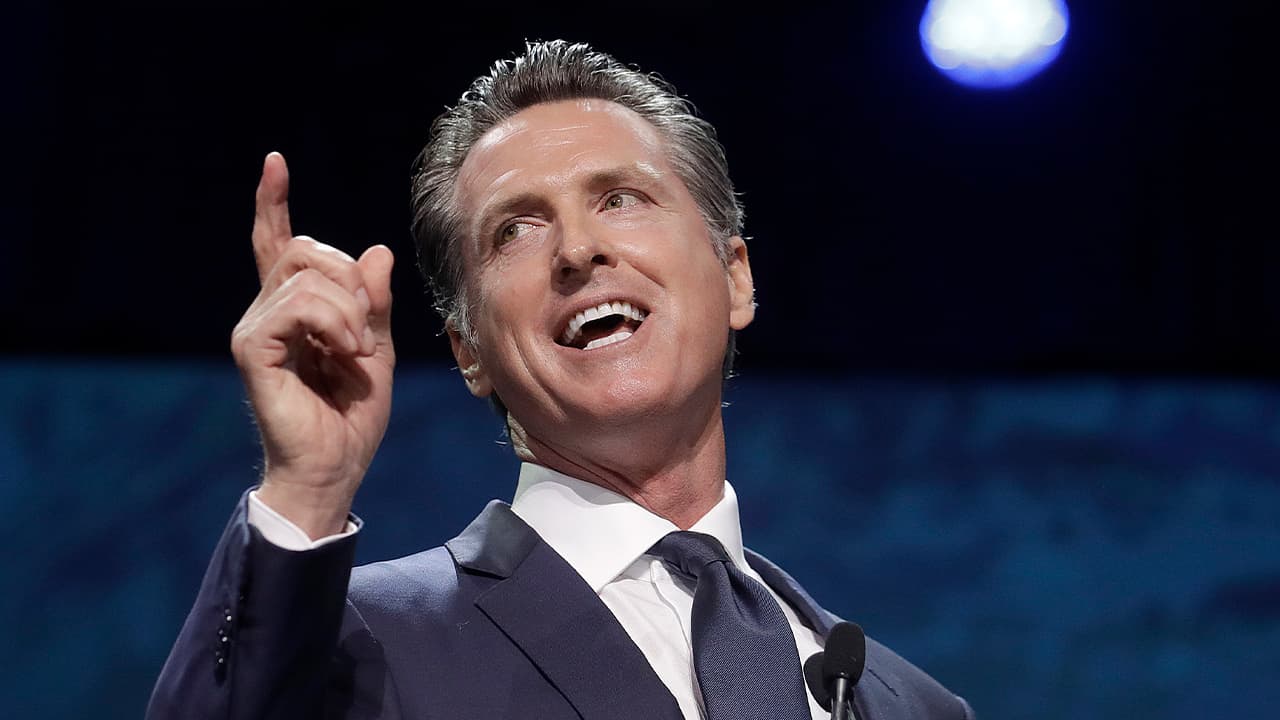 California's economy is improving, albeit not roaring back as Gov. Gavin Newsom would have us believe, says Dan Walters. (AP File Photo/Jeff Chiu)
Share with friends

A little ritual plays itself out each month after federal and state governments release the latest data about employment.

Gov. Gavin Newsom hails the latest job numbers as proof that California’s economy has been, to use one of his many buzzword slogans, “roaring back” from the recession that befell the state in 2020 as he closed down many businesses in response to COVID-19.

After Newsom’s rosy portrayal, independent economists and news organizations place the data in context, which is that California’s economic recovery has been modest in comparison to the nation and other states.

On cue, Newsom’s press office crowed that “California created 20.4% of the nation’s jobs in February while decreasing the unemployment rate.”

“These latest numbers show that California is continuing to drive our nation’s job growth,” Newsom said. “We’re doing it by promoting more pathways to opportunity and embracing the diversity, creativity, innovation, and determination that breeds success — building a California for all.”

Beacon Economics and the UCR School of Business Center for Economic Forecasting and Development quickly noted in an analysis that “While California added jobs at a healthy pace in 2021, as of February 2022, the state has still only recovered 87.2% of the jobs that were lost in March and April 2020, and there are currently 353,000 fewer people employed in California compared to pre-pandemic February 2020.”

“California’s unemployment rate remains elevated relative to the 3.8% rate in the United States overall as the state continues to struggle with its labor supply,” the analysis continued. “Since February 2020, the state’s workforce has fallen by 455,000 workers, a 2.3% decline.”

Not only was California’s jobless rate markedly higher than the nation’s in February, but it was the second highest of any state, slightly lower than New Mexico’s 5.6%. That continued a two-year pattern of California’s unemployment rate consistently being at or near the nation’s highest.

Since Newsom issued his shutdown orders exactly two years ago this month, it’s instructive to compare February 2022’s employment and unemployment data with what they were in February 2020.

In that month, California’s jobless rate was a record low 3.9%. The state had a labor force of 19.5 million, almost exactly half of its population, and 18.7 million of them had jobs, with just 759,100 unemployed. The recession that struck just weeks later quickly erased more than 2.5 million jobs and sent its unemployment rate soaring to 16.4%.

In February of this year, the labor force was 19.1 million — a whopping half-million fewer — with 18 million Californians employed and a million still unemployed.

Adding those who have dropped out of the labor force to those officially unemployed gives us a more complete picture, and it’s not a pretty one. It explains why, despite the state’s relatively high unemployment rate, employers are having great difficulty finding enough workers, both skilled and unskilled. Throughout the state, fast-food businesses are offering wages higher than the state minimum of $15 an hour but can’t get enough workers.

The state’s economy is improving, albeit not roaring back as Newsom would have us believe. But whether recovery continues depends largely on whether the shortage of workers is just a temporary condition or a permanent drag.

Finally, we should always remind ourselves that job numbers are just one measure of economic health, and our highest-in-the-nation poverty rate, driven by our extremely high cost of living, is a much more worrisome indicator of whether we’ll have a “California for all.”