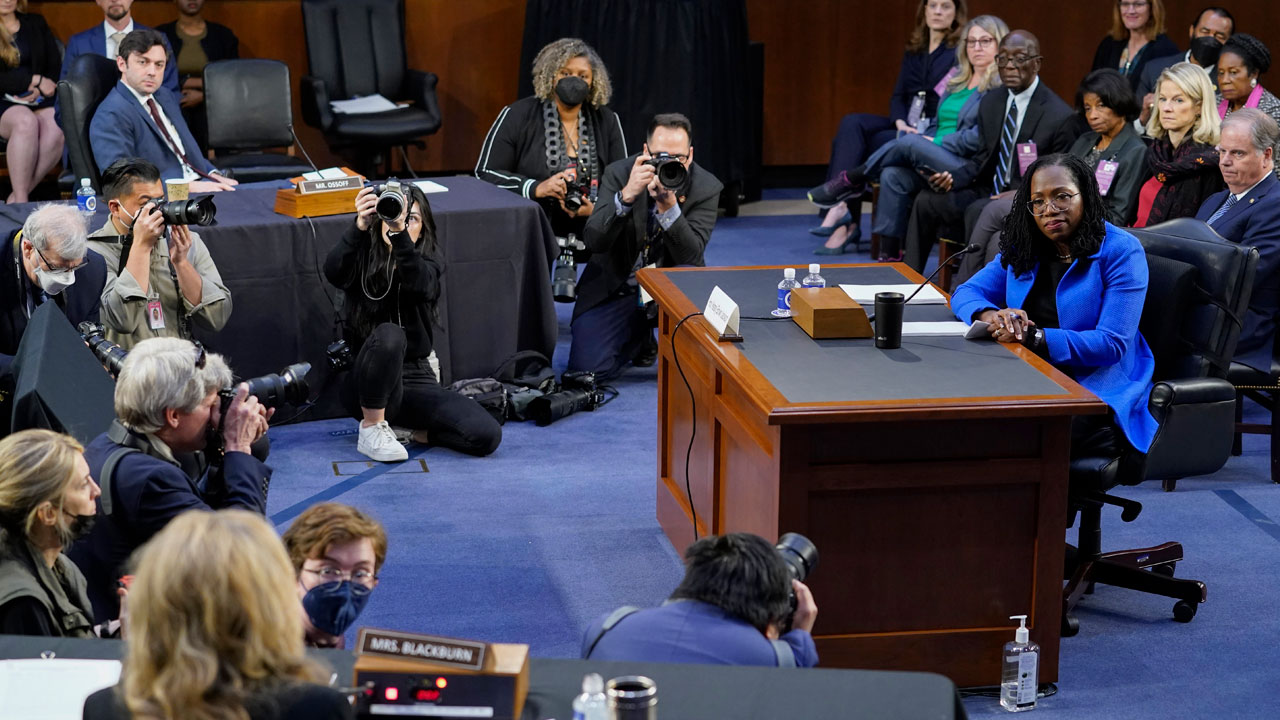 “Are you prejudiced against white people in the South?” 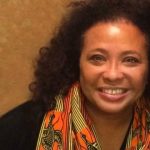 Eastland, a known white supremacist, could not be clearer in conveying his fears about Marshall and race.

“You have praised the 1619 Project, which argues the U.S. is a fundamentally racist country, and you have made clear that you believe judges must consider critical race theory when deciding how to sentence criminal defendants,” Blackburn said. “Is it your personal hidden agenda to incorporate critical race theory into the legal system?”

Blackburn’s questions, when fact-checked, proved to be as inaccurate as they were inflammatory.

However, Blackburn — and other Republican senators — injected race-baiting into Jackson’s confirmation hearings.

Jackson’s confirmation hearings ended are scheduled to end on Thursday, March 24. The entire Senate, which is evenly split between Democrats and Republicans, is expected to confirm Jackson after the proceedings, with Vice President Kamala Harris serving as a tie-breaking vote. It’s also possible some Republicans could vote in Jackson’s favor.

As a constitutional law professor who focuses on the Supreme Court, I find it striking that race has surfaced in such a major way in these hearings, more than five decades after Marshall’s nomination. In some respects, there has been progress on racial equity in the U.S., but aspects of these hearings demonstrate that too much remains the same.

The full Senate’s final vote on Marshall reflected divisions based on racial desegregation and Marshall’s past as an NAACP lawyer, rather than a straight partisan split. President Lyndon B. Johnson, a Democrat, nominated Marshall. 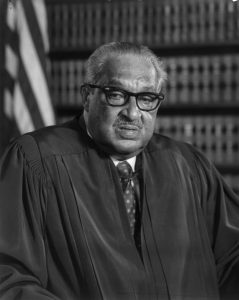 Jackson is now a judge on the U.S. Court of Appeals for the D.C. Circuit. Breyer and other legal experts have routinely praised Jackson’s intellect and legal experience. Jackson has also worked as a federal trial court judge, vice chair and commissioner on the U.S. Sentencing Commission, private law firm lawyer, and federal public defender. She also served as a judicial clerk for Breyer.

But Jackson has faced arduous and sometimes histrionic cross-examination during her hearing. Certainly, partisan hostility and political theater have marked every Supreme Court nomination for decades.

Jackson’s hearings, however, stand out. They have been drenched in questions about race, both obviously and not so obviously, most caustically from Sens. Blackburn, Ted Cruz, Josh Hawley, and John Cornyn.

On March 22, Cruz questioned Jackson about the teaching of critical race theory at Georgetown Day School, a private school where she serves on the board of trustees.

Jackson, like Marshall, fielded the charged questions in a straightforward manner.

“Senator, those ideas, they don’t come up in my work as a judge, which, respectfully, is what I’m here to discuss,” Jackson said.

A Preoccupation With Crime

In addition to the explicit interrogations of Jackson’s views on race, her hearings — like Marshall’s — have featured a preoccupation with the nominee’s views on crime.

Republican senators have repeatedly accused Jackson of being soft on crime — specifically, that she was lenient as a trial judge in sentencing child pornographers.

Fearmongering about crime often carries a racialized connotation, whether blatant or unspoken. Media distortions and carceral inequities fuel the myth that Black and brown men are presumptively criminal.

Jackson’s actual sentencing record reveals no anomalies or disproportionate leniency when compared with that of other judges nominated by both Republican and Democratic presidents.

But Jackson’s hearing was a flashback to Marshall’s August 1967 confirmation hearing, when Sen. John McClellan questioned Marshall and suggested that he did not take crime seriously.

“First, I would ask you if you do not agree with me that the mounting incidence of crime in this country has reached a critical stage,” McClellan said. “How do you plan to deal with it? … Do you think it is reaching proportions where we will have a reign of lawlessness and chaos?”

Marshall answered the questions politely, never hinting at the offensiveness of the implication that he somehow supported crime and lawlessness.

Republicans now sitting on the Senate Judiciary Committee have conflated legal representation of criminal defendants with a disregard for the rule of law and public safety.

[You’re smart and curious about the world. So are The Conversation’s authors and editors. You can read us daily by subscribing to our newsletter.]

Cotton incorrectly said she “twisted the law” as a judge in applying the law of compassionate release, in which inmates can be released if they are very sick or elderly, for example. Cotton also suggested that she was “sympathetic” to a “fentanyl drug kingpin.” 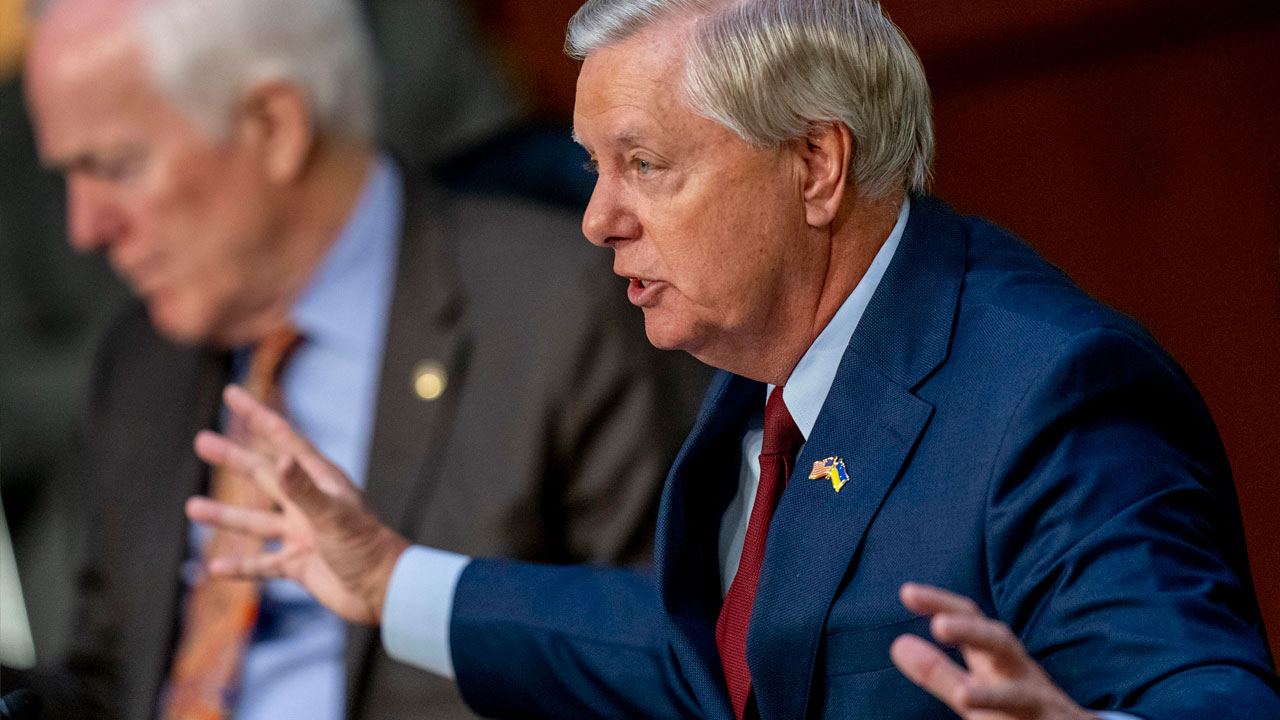 Like the Dixiecrat senators — Democratic senators from the South who believed in white supremacy — who grilled Marshall about his views on crime, the present-day Senate Judiciary Committee Republicans have repeatedly insinuated that Jackson is soft on crime for performing her job responsibilities as a defense lawyer and trial judge in a manner that has been shown to be well within the mainstream of these legal roles.

This racialized fearmongering brings to mind the divisive political tactics of the Willie Horton advertisement during the 1988 presidential campaign. That advertisement linked crime with African American men, and then linked both to Democratic presidential candidate Michael Dukakis, who eventually lost the race to Republican George H.W. Bush.

Marshall’s confirmation was a giant step forward in Supreme Court and U.S. history, but along the way, he faced Senate Judiciary Committee questions that were race-baiting, arrogant, irrelevant, and picayune.

Jackson’s historic hearings have unfolded in a similar way. In all likelihood, Jackson will become the next justice of the U.S. Supreme Court, representing another momentous step forward for this country. But it is also another reminder that transformative change on race, while continuing to progress, happens slowly in the U.S.

Margaret M. Russell, associate professor of law, Santa Clara University. This article is republished from The Conversation under a Creative Commons license. Read the original article.