How to Get Weapons to Ukraine and Protect Vulnerable Supply Chains 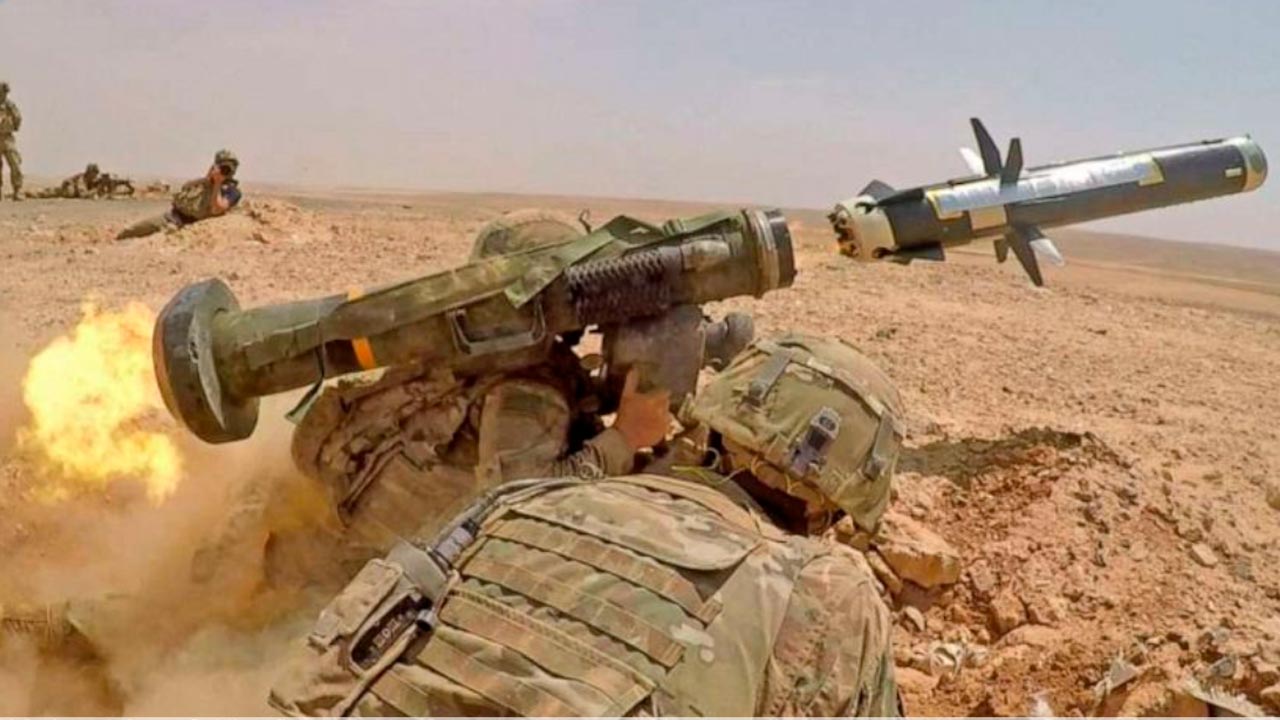 It's not easy to get weapons such as this Javelin anti-tank weapon in the hands of the Ukrainians. (U.S. Army)
Share with friends

Martin Luther King Jr. had a dream. Ukrainian President Volodymyr Zelenskyy, invoking King in his virtual address to Congress on March 16, 2022, said he has a need. “We need you right now,” Zelenskyy told U.S. lawmakers. 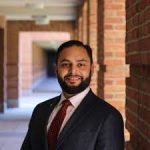 Since November 2021, the U.S. has provided three shipments of military aid to Ukraine, sending weapons and equipment from its own stocks held at bases throughout Europe. The U.S. has provided everything from rifles and body armor to Stinger missiles capable of shooting down helicopters or fighter jets, as well as Javelins, anti-armor weapon systems used to destroy tanks.

Once the U.S. approves a request for military aid, how do the weapons get from the U.S. storage sites in Europe into the hands of Ukrainian soldiers? What steps are involved in the logistics of moving US$350 million worth of weapons and equipment from Europe into an active combat zone?

As a logistics scholar who also served in the Iraq War, I see parallels between civilian and military supply chains. To help understand how military goods, or materiel, as it is known, move from storage to soldiers, consider a generic e-commerce supply chain like that of Amazon or Walmart.

First, a supplier sells and delivers raw materials to a manufacturer. The transportation segment of that transaction is known as the “first mile.”

Next, a manufacturer transforms the raw materials into finished goods. These goods are then sold at wholesale to retail customers like Amazon or Walmart and then transported to an e-commerce distribution center over a segment referred to as the “middle mile.”

When the consumer places an order for online delivery, it will be shipped from a distribution center located in the same geographical area. This is the last leg of the supply chain, which is known as the “final mile.”

An important performance metric is the time between order receipt and fulfillment. This is especially essential for a retailer like Amazon or Walmart as they distribute across the final mile because it affects the consumer’s perceived quality of delivery service and consequently, whether they purchase again.

In other words, delivery speed is an essential metric that can make or break the consumer experience.

Similarly, delivery speed is an essential performance metric for the entire military supply chain from U.S. bases into Ukraine, not just over the final mile.

The Ukrainians are fighting a war against a larger invading force, and military aid is needed as soon as possible. What differentiates the military supply chain from commercial supply chains is the need for speedy delivery while also maximizing security.

The weapons and equipment need to be moved quickly while preventing Russian intelligence from identifying or predicting potential routes. Without operational security, the risk of a Russian attack that disrupts the movement of those supplies or prevents them from reaching Ukrainians fighting on the front lines is elevated.

The ‘First Mile’ to Ukraine Is Really 700 Miles

Materiel that Ukraine needs is stored at U.S. bases throughout Europe. Once the weapons and equipment are pulled from these U.S. stocks, they’ll be transported by air, truck, or rail across the “first mile.” The length of the first mile in this case could be up to 600 or 700 miles to a location or locations in a NATO territory bordering western or southwestern Ukraine, including Poland, Slovakia, Hungary, and Romania.

The movements along the first mile within NATO territory will need to be concealed to maximize security and prevent Russia from predicting the destination of the materiel.

In military jargon, the first destination is known as a “staging area.” To maintain security of the materiel, the staging area will likely be an armory or ordnance depot located on a NATO base before transporting it into Ukraine. An important strategic decision for U.S., NATO and Ukrainian leaders planning the mission is whether to use a single staging area or multiple staging areas.

Whether a single staging area in one NATO country is used or multiple staging areas either within one or across multiple NATO countries are used depends on several factors. Where the materiel is needed within Ukraine is one such factor. The condition of roads and bridges is another, as are enemy activity, the origin of the materiel and, of course, operational security.

Using a single staging area is relatively simple to plan and execute but can create a lot of risk in that Russia only has to find and attack one area across the border inside Ukraine to disrupt the resupply mission.

On the other hand, using multiple staging areas is more complex to plan and execute but lowers the risk of a Russian disruption on resupply since the Russians would have many locations on which to focus. 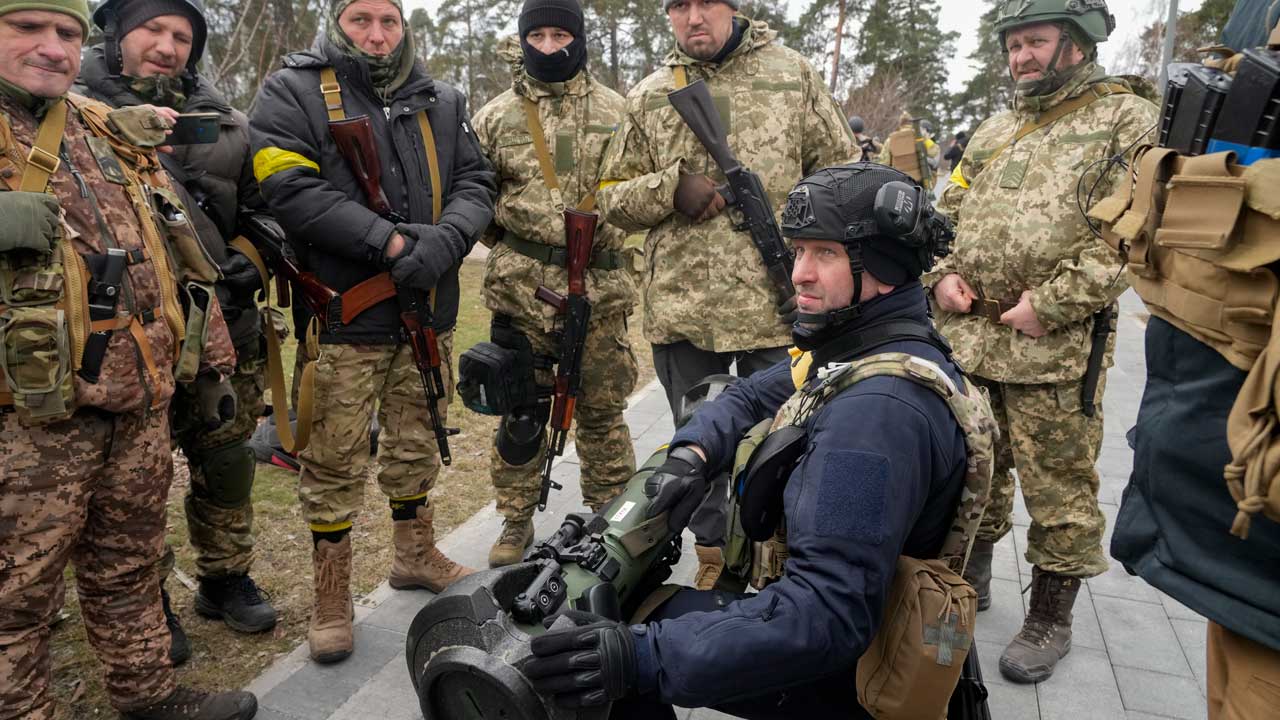 Once the staging area decision is made, plans are developed to coordinate the transfer of materiel to Ukraine’s military. At that point, Ukraine will be responsible for transporting the materiel from the NATO country along the middle mile to the next set of staging areas within Ukraine. The importance of operational security grows drastically in this segment, and complicates transportation.

“NATO’s refusal to establish a no-fly zone allows Russia to maintain air superiority over Ukraine. This prevents Ukraine from transporting the supplies by air.”

NATO’s refusal to establish a no-fly zone allows Russia to maintain air superiority over Ukraine. This prevents Ukraine from transporting the supplies by air and as a result, Ukrainians are forced to use vehicle convoys to travel from the western border to the next location in the supply chain. Russian air superiority also prevents deploying one large convoy to transport military resupply because Russian attack helicopters or fighter jets could easily destroy such a large target.

Instead, the weapons and equipment will likely need to be broken down into smaller shipments and transported in multiple convoys.

This is one of the first ways to reduce the risk of a disruptive attack by Russia.

Since Ukraine cannot use its air assets, such as helicopters, to protect the convoys due to Russian air superiority, Ukraine must secure convoys transporting the materiel by positioning soldiers with surface-to-air missiles, like the Stingers the U.S. is providing, in key terrain along the routes leading to the next staging areas.

They need to be far enough away from the roads themselves, however, such that they don’t unnecessarily expose the convoys to aerial attacks.

The convoy will also need security elements within it. That includes anti-tank weapons like Javelins, vehicle-mounted weapons and tank or mounted infantry escorts of their own to provide security. This will allow the convoy to defend itself against any ground attacks as it attempts to reach the next staging areas throughout Ukraine.

The convoys will also likely need units that can clear the roads of any obstacles, like burned-out cars or destroyed tanks, to ensure the materiel can keep moving toward its destination.

The final staging areas are likely within major cities.

This “final mile” in a combat zone is more precarious because there are active Russian aerial and ground attacks. As a result, the logistics units traveling the final mile also need protection, including small arms, as well as anti-tank weapons.

Once a convoy reaches these ultimate staging areas, the shipments will be broken down from their bulk packaging into smaller quantities for further distribution to soldiers fighting on the front lines.

This “final mile” in a combat zone is more precarious because there are active Russian aerial and ground attacks. As a result, the logistics units traveling the final mile also need protection, including small arms, as well as anti-tank weapons.

Once the military equipment reaches combat units on front lines, it will be distributed to the individual soldiers.

Ultimately, while the materiel supply chain required to fulfill the Biden administration’s agreement to support Ukraine with military aid has some conceptual similarities to that of an e-commerce supply chain in the U.S., the stakes in Ukraine are obviously much higher.

A missed delivery in this case doesn’t just mean a dissatisfied customer. It means that over time, a sovereign nation may not be able to defend itself against an invading force.

Vincent E. Castillo, assistant professor of logistics, The Ohio State University. This article is republished from The Conversation under a Creative Commons license. Read the original article.

Why Jewish Refugees From Ukraine Are Choosing Germany Over Israel