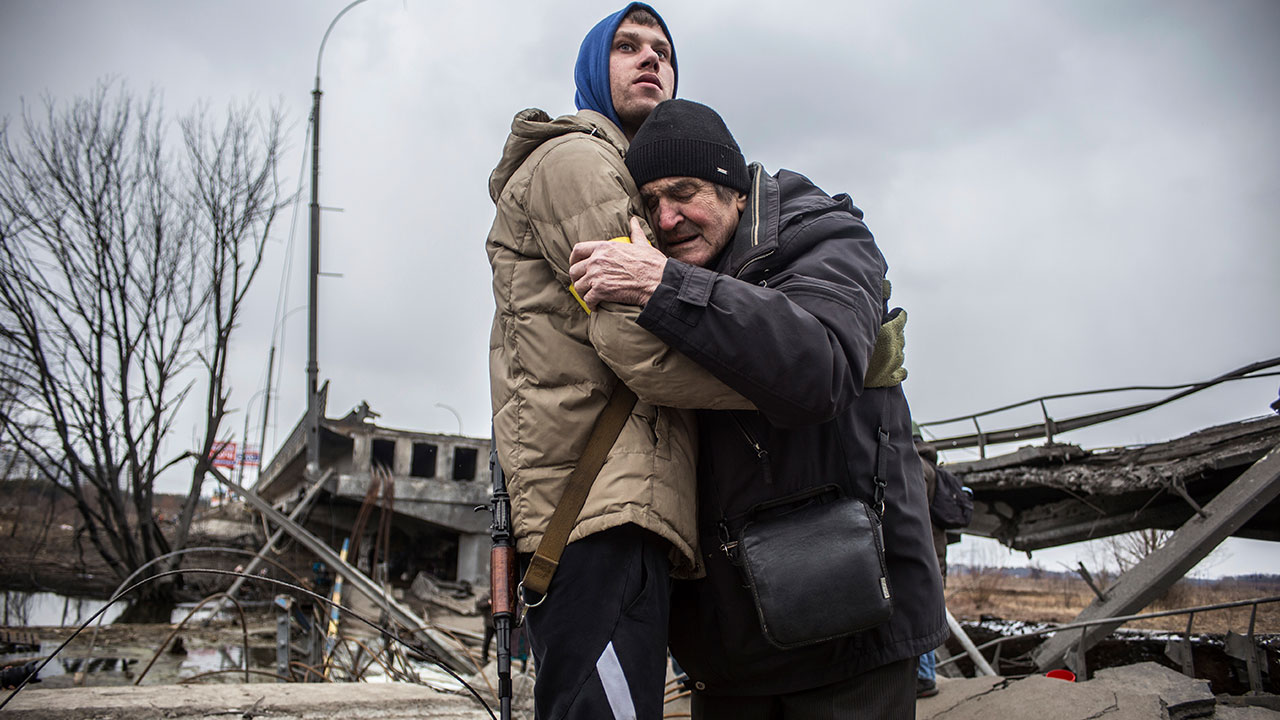 Mercy Corp says it is helping the old, poor, disabled, and others who have been unable to flee war-torn Ukraine. (AP File)
Share with friends

A leading humanitarian group, Mercy Corps, said Thursday that its biggest challenge in Ukraine is helping the elderly, poor, and disabled.

The organization has aid workers in Ukraine, and in neighboring countries Romania and Poland. More than 2.3 million people have fled Ukraine since Russia invaded the country.

“We want to make sure, we get to the most vulnerable,” said Alan Glasgow, regional director for Mercy Corps, during a virtual news conference. “We tend to not see in a humanitarian crisis the elderly people.”

Most Disadvantaged Ukrainians Often Get Left Behind

Justin Odum, a program manager with Mercy Corps, is part of the Ukrainian response team in southeast Poland where many of the evacuees have taken fled.

“You first encounter the wealthier refugees, the people with means that can rent out nice places to stay in Poland,” said Odum. “Then we saw the second wave. Those people were traumatized, all their heads were down.” 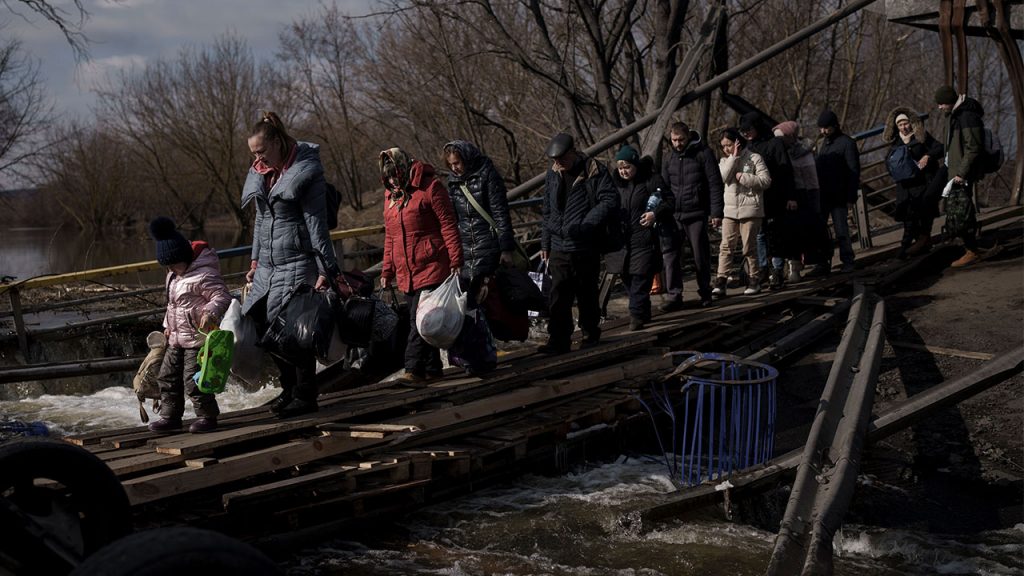 Ukrainians cross an improvised path under a destroyed bridge while fleeing Irpin, on the outskirts of Kyiv, Ukraine, Wednesday, March 9, 2022. (AP/Felipe Dana)

In Ukraine, Odum says, cars line up for miles as people try to escape the shelling and other horrors of the Russian war machine.

“There is a sense of apprehension. People are trying to get out, supplies are low,” said Odum. “Ukraine has a very old population. It’s elderly and the disabled that get stuck, and they end up becoming fatalities, by ending up getting stranded with no utilities.”

Glasgow says that while he is inclined not to call those who have fled the country “lucky,” many other Ukrainians have not been as fortunate.

Staying Behind to Support Love Ones

Due to little money, resources, and transportation, some Ukrainians have made the difficult decision to stay behind to take care of loved ones unable to flee.

“One woman refused to leave because her mother was incapable of moving,” said Odum. “That story happens over and over again.”

While Mercy Corps often works with refugees seeking aid from countries like Yemen, Iran, and Afghanistan, refugees from those countries are often young people, says Glasgow.

“If you make it past 65, it’s a bit of a miracle in places like Yemen,” said Glasgow.

How Is Mercy Corps Helping Ukrainians?

Glasgow says that despite the international community coming together in support of Ukraine, institutional and government aid has been slow to reach the country. Thus, humanitarian aid is heavily reliant on philanthropic donations.

Mercy Corps is turning donations into immediate cash assistance so that young families and mothers can buy diapers, baby formula, blankets, and food, etc. Funding also is going to local Ukrainian groups that are providing people with food and medical supplies.

In addition, Mercy Corps is using digital technology with applications like Signpost to connect people with vital information about basic services and safe routes out of Ukraine.

Granville Homes, the parent of GV Wire, is partnering with Mercy Corps to help Ukrainian refugees.

Earlier this week, Granville Homes pledged to match up to $20,000 in donations made to Mercy Corps for Ukrainian aid.

To help Ukrainian refugees and civilians in need of help, donate here.

Who’s Running in Bullard Trustee Race? One In, One Out, One Maybe