Local Ukrainian 'Can't Sleep' While Her Family Hunkers Down in War 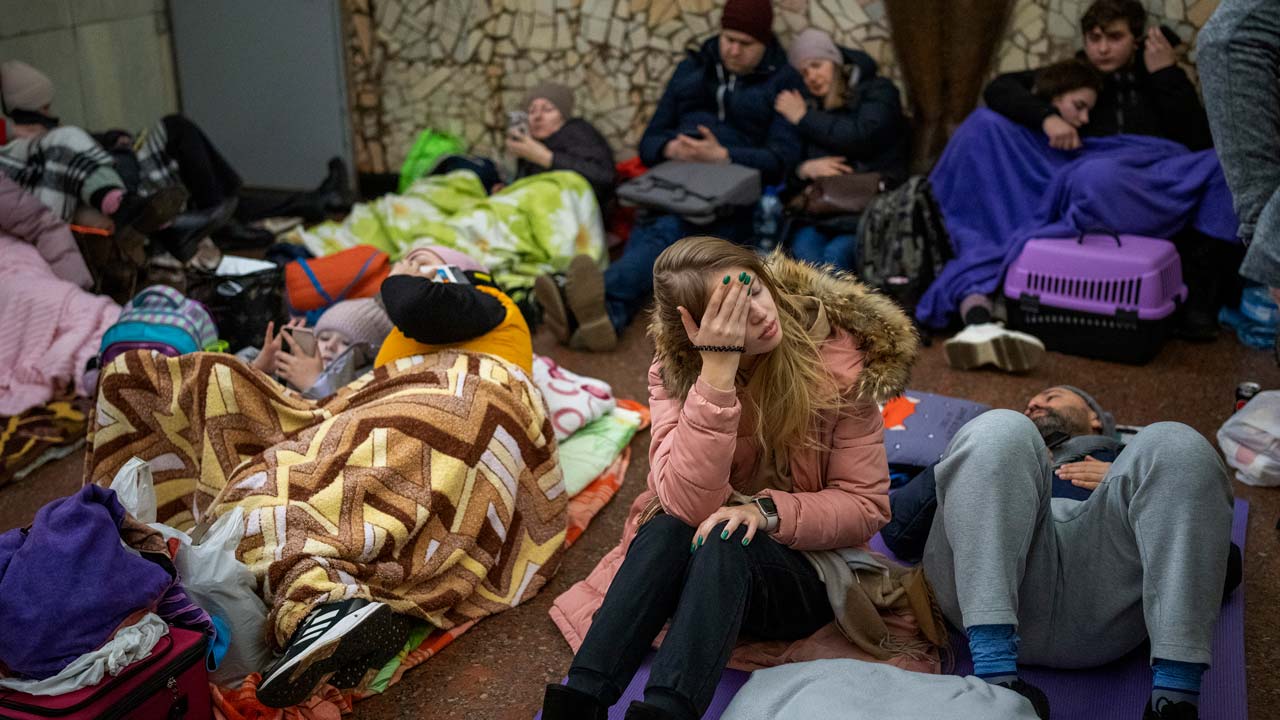 Ukrainians use the Kyiv subway as a bomb shelter on Thursday, Feb. 24, 2022. (AP File)
Share with friends

It is a nerve-wracking time for Central Valley residents who emigrated from Ukraine. News of shelling and every missed phone call with loved ones brings new rounds of worry. 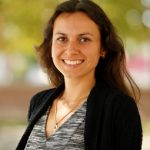 “They have already said their goodbyes to me twice in this time. … But every day, there is hope for the end. It has been extremely hard. There are so many uncertainties. I count every day, every hour. I pray multiple times each day for their safety.” — Fresno State associate professor Mariya Yukhymenko

Mariya “Masha” Yukhymenko is balancing raising her family in Fresno, working as an associate professor of research and statistics at Fresno State, and worrying about her parents and other relatives in Ukraine.

Last week, Yukhymenko and her family attended a prayer vigil and rally at Woodward Park. The war is personal for her.

She came to America as a Fulbright Scholar in 2007 and eventually moved to Fresno for work. Her family — parents, a sister and her children, an aunt and uncle — live in the cities of Kyiv, and Chernihiv, near the Russia/Belarus border.

Yukhymenko answered questions from GV Wire about what she is hearing from her family in Ukraine. These are some of her responses.

“They have already said their goodbyes to me twice in this time … But every day, there is hope for the end,” Mariya said. “It has been extremely hard. There are so many uncertainties. I count every day, every hour. I pray multiple times each day for their safety.”

She said that missiles fired into Chernihiv hit a library, a pediatric dentistry, and an 80-year old movie theater.

“I pray for my parents multiple times a day. I think of them every minute. As of right now, I have not seen my family members online for close to 10 hours and my worry continues to grow, but I am still faithful and hopeful that they are likely to still be sleeping due to the time difference,” she said.

Yukhymenko’s parents live near a TV antenna, which she said is a target for the Russian military.

“I’m a Ukrainian. Not Russian. Ukrainians are not Russians. The time has moved on. Ukrainians will not be a part of Russia. We value our freedom, independence, culture. We are ethnically very different from Russians.” —  Mariya Yukhymenko

“I’m worried, I can’t sleep. Every evening is very hard for me, because due to the time difference (they are 10 hours ahead of Fresno), they sleep when it is daytime here and I do not hear from my family sometimes for stretches of 10 to 12 hours. It is hard and receiving text messages from them is always a huge relief,” she said.

“The current events terrify me. If the worst comes true, will it mean that all the sanctions placed on Russia will also be applied to Ukraine? Will my family even be left alive if so? Will I ever be able to see them again? There are so many terrifying questions running in my mind.”

Despite all this, Yukhymenko remains optimistic.

“While I am worried about my family a lot, I feel hopeful for Ukraine. The Ukrainian army is extremely strong. They work hard. They have high spirit and high motivation to defend their freedom and their land. They will not give up and will fight to the end!

“I’m a Ukrainian. Not Russian. Ukrainians are not Russians. The time has moved on. Ukrainians will not be a part of Russia. We value our freedom, independence, culture. We are ethnically very different from Russians.” 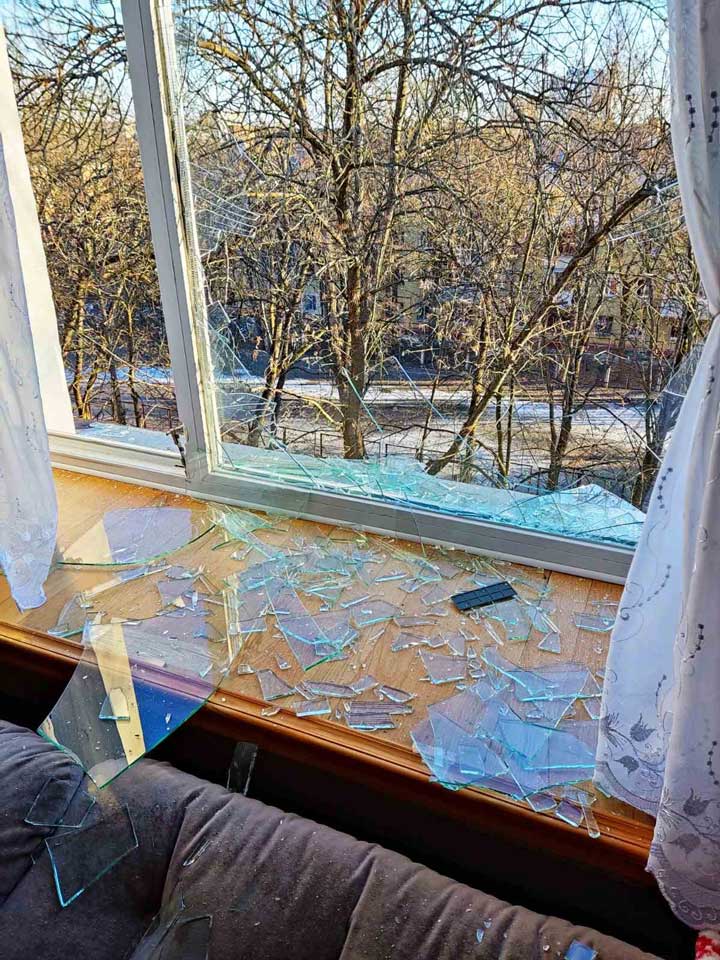 Family Survives in the Basement

Yukhymenko relayed what her family in Ukraine is going through.

“Most people shelter in the basements of apartment buildings in which they live. Most of these basements — especially in apartment buildings — are completely unequipped. They are unfinished and cold, with no heat, water, or restroom facilities. Most of them are small and crowded. Some spaces are small and narrow. The walls are unfinished and they stain the clothes.

“They wear jackets and multiple hats because many basements are not heated and it’s very cold in February, below the freezing temperature. The floor is unfinished. It’s just sand. Many people put cardboard on the floor. There is no toilet. There is no sink.

“During the first few nights, when people had calm — enough nerves to sleep — they slept in a seated position, because of the lack of space. By now, many have brought more things to basements and people are slowly adjusting.

“Many people in my city ‘”live’ in basements spending the vast majority of their time. But they go upstairs to their apartments to eat, to wash hands, to brush teeth, and — if they are lucky in terms of the timing — to use restrooms.

“My parents have shared that they ran out of food by this point. The volunteers bring some food, but it did not sound like a lot and there are many kids in the basement, who I have a feeling are being prioritized.”

Yukhymenko, unsurprisingly, has nothing positive to say about Russian president Vladimir Putin. She calls him a terrorist and agrees with comparisons between Putin and Hitler.

“He has the same strategy as Hitler. This might be the start of WWIII if he’s not stopped,” Mariya said. “Ukrainians are being attacked by Russians and are forced to fight back. Ukrainians are standing their grounds. They will not give up their land. They are defending their freedom. Ukraine is not Russia and never will be.”

Jose Ramirez Returns to the Ring Tonight at Save Mart Center