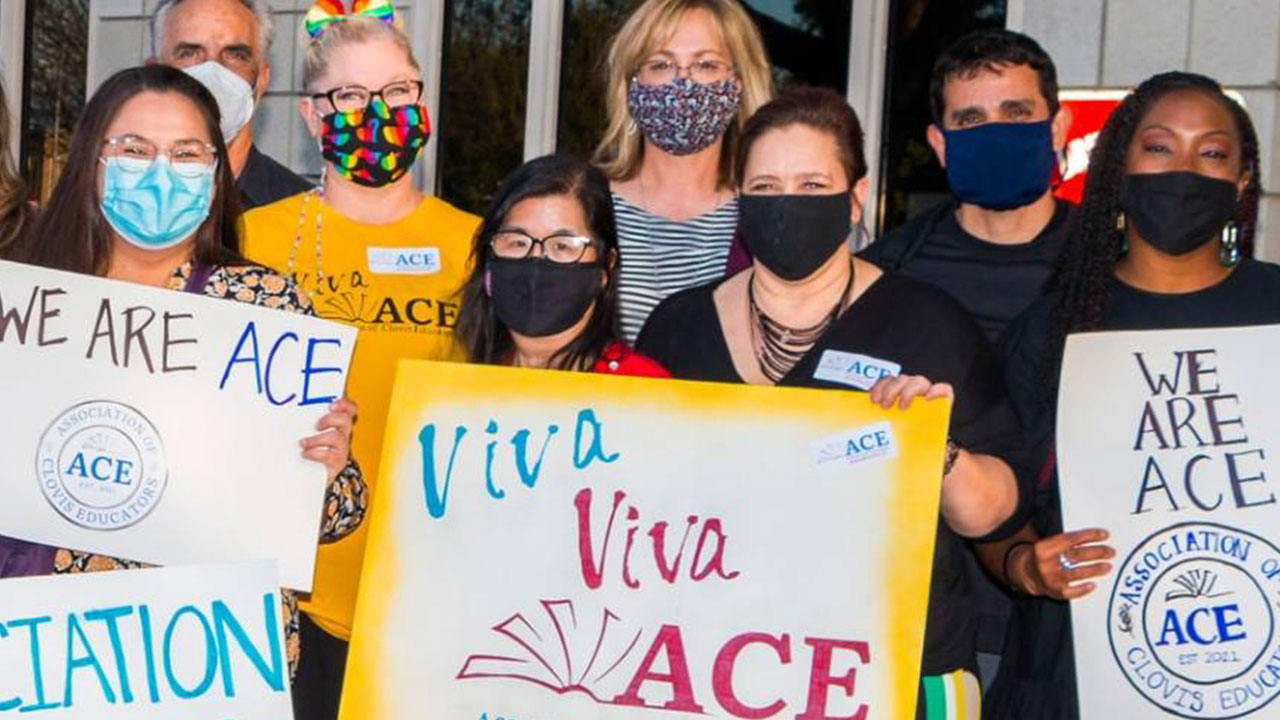 The Association of Clovis Educators announced Friday morning that the California Public Employment Relations Board has recognized ACE as the union winning an election to represent the district’s school psychologists and mental health service providers.

“Today, we can say what we’ve long known: that Clovis can still be Clovis while also being a union district.” — ACE spokeswoman Kristin Heimerdinger

Sixty-nine percent of the 71 employees voted in favor of union representation by ACE, the union reported. Twenty-three percent voted for a competing union, and 7% voted for no union. Eighty-one employees were eligible to vote.

ACE said PERB announced the results of the vote Friday at its Sacramento headquarters. A PERB spokesman did not immediately respond to a request for confirmation of the vote.

PERB general counsel J. Felix De La Torre later Friday confirmed the results of the voting, which he said gave 49 votes to ACE, 16 votes to the newly formed Clovis Psychologists for Clovis, and 6 votes against any union representation.

De La Torre said that if no objections are raised in the next 10 days, PERB will certify the election results, making ACE the exclusive union for the school psychologists.

He said given the overwhelming number of votes for ACE, it’s unlikely that any objections would change the outcome.

ACE decided last year to seek union recognition for the psychologists as a separate unit while continuing its efforts to unionize the district’s thousands of teachers.

Rapidly growing Clovis Unified, which is the state’s 14th largest public school district, has avoided union representation for educators for decades, although other district employee groups are in unions.

“With today’s vote, my colleagues and I are finally in a position to negotiate for positive and meaningful change that takes into account the expertise of educators and puts students first. We are eager to get to work on our first contract to ensure that all of our students have the resources and support they need to succeed.”

ACE spokeswoman Kristin Heimerdinger, who teaches at Buchanan High School, said the vote to unionize was the first step by ACE to unionize all of the district’s certificated employees.

“Today, we can say what we’ve long known: that Clovis can still be Clovis while also being a union district,” she said in a news release. “We are thrilled with today’s vote. This is a victory for ACE, for our school psychologists and mental health support professionals, and for students.”

Clovis Unified spokeswoman Kelly Avants said that unless there are any objections by any of the parties, PERB will certify the election’s outcome and ACE will represent the 81 school psychologists and mental health support workers.

In a statement provided by Avants, Barry Jager, associate superintendent of human resources and Employee Relations, said the district supports the work of every one of the district’s 7,000 employees, including the psychologists and mental health professionals.

“We have worked specifically with this group in recent years to increase staffing and add services to best support our students and remain committed to our district’s long history of valuing the voices of our employees and working with their representative groups for the benefit of our students,” Jager said.

ACE’s supporters maintain that the Faculty Senate has been more of an arm of the district administration than a true representative of certificated employees. The union group has filed several unfair labor complaints over how the district provides financial benefits to the Faculty Senate and exercises control over it, which ACE says violates state law. A hearing on the complaint is scheduled for Thursday, Feb. 10.

After ACE’s organizing effort was announced last April, the Faculty Senate announced it was seeking PERB recognition as the Clovis Teachers Organization but specified it would be a “nonunion organization.”

In December, another new union group announced it was seeking to represent teachers. The Independent Clovis Unified Educators, or ICUE, wants recognition as a union but says it will be independent of state and national teachers unions.

In contrast, ACE is affiliated with the California Teachers Association and National Education Association.

ICUE spokeswoman Kim Mongelli could not be immediately reached for comment Friday.

Later Friday afternoon, Mongelli said in an email that ICUE will continue to gather signatures in the group’s effort to be recognized as the teachers’ labor representative.

“We are pleased and excited with the progress we are making. ICUE believes it has the support of the teachers and that our model of representation is the best fit for Clovis teachers,” she said. “ICUE values our independence and not having outside influences.

ACE is affiliated with the California Teachers Association and National Education Association.